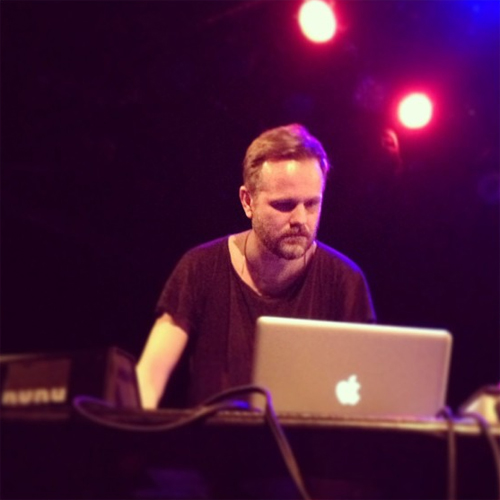 On what appears to be just a regular Wednesday night in New York City, I find myself standing outside of Le Poisson Rouge, awaiting a performance by Valgeir Sigurðsson and Nadia Sirota. I’m standing on line early for two reasons. The first presents me with an opportunity to jump through the doors first, in order to score [what I would consider to be] the best seat in the house. The second allows me to catch a glimpse of Sigurðsson sneaking into the venue before his show. And although it is the former that allots me a secure spot which is visually and sonically optimal, it is the latter that yields a cherished copy of Architecture of Loss on vinyl, with Valgeir’s autograph still drying on the sleeve.

For the first half of the night, Sirota takes the stage playing a few pieces from her latest release on Bedroom Community, titled Baroque. Sirota is not a stranger to the label, having previously appeared behind the viola on albums by Nico Muhly, Puzzle Muteson and Valgeir Sigurðsson, as well as releases by Dustin O’Halloran, Arcade Fire and MONO. The pieces on the album were especially written for Sirota’s musical tone by the Bedroom Community members Nico Muhly, Daníel Bjarnason and Paul Corley, as well as composers Judd Greenstein, Shara Worden and Missy Mazzoli. On the stage Sirota moves with the music, taking brief moments to breathe between phrases of fluttering music, floating among harmonies of striking detail in perfect rhythmic precision with the background string accompaniment. The music is abstract, complex, and intricate, like a gorgeous hummingbird hanging in the air, and then it’s gone…

For the second half of the show, Valgeir takes the stage extracting a glass-shattering bass from his laptop and synth. Sirota accompanies the pieces from Sigurdsson’s Draumalandið (2009) and the very latest, Architecture of Loss (2012). Be sure to read Headphone Commute’s in-depth review of Architecture of Loss as well as Interview with Valgeir Sigurðsson. With his bare foot on the piano pedal, slow dripping solo notes from his fingers, (and the slowly seeping alcohol in my bloodstream), Valgeir begins to create atmospheres rich in texture, harmonics and tone. The electronic beats blend effortlessly with the acoustic instruments on the stage, painting cinematic visions in my drifting mind which create their own images of the ballet for which the album was commissioned.

As always, the experience of live music is a memorable one. And it’s not only the act of music being created on the stage. Being able to connect with a musician, even if it’s for a brief moment through the ether of energy between the player and the listener, creates a truly bonding relationship – one which is forever embedded in the memory for all future album playbacks. Once again, I want to thank the staff of Le Poisson Rouge, a premium venue of my choice, for bringing this unforgettable encounter to New York. You can be sure that I will return, especially next week, for a performance by Ólafur Arnalds on April 18th!

This performance was recorded by New York’s WQXR.
You can stream the recordings here.