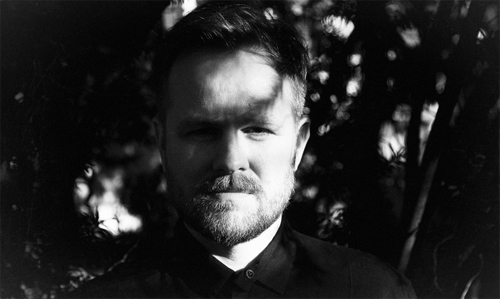 Hey Valgeir. Let me tell you a short story. I recently spent a few months testing out and researching for my new audiophile grade stereo system. I often brought Architecture of Loss with me to audition the systems and enjoyed watching the confused shop owners as the low rumbling bass followed by a high piercing pitch emerged from the speakers. Tell us about this opening on the album.
That’s a good story. Knowing that the piece would be performed in a theatre with a big PA system made me want to take advantage of the controlled environment and explore these extreme frequencies. I always find that it’s a powerful moment when a few hundred people sit in a dark and quiet room, just before a show begins; the sound you hear before the lights come up. It’s great to do that in a controlled space but it’s a bit risky on an album because if you play it back on some systems you’ll not hear a single thing for a good while. I did worry about that for a second, then I remembered how I’ve always loved the opening of Talk Talk’s Laughing Stock, it starts with 40 seconds of oscillating Vox guitar amplifier hum, and then bam! So this opening is also a nod towards that.

How did you get involved in composing for the ballet?
Stephen Petronio got in touch and invited me to collaborate on this piece with him, simple as that really.

Describe the process of composition for Architecture of Loss. Did the choreography come before the music or vice versa?
The music came before the choreography, maybe Stephen had choreographed the entire thing in his head without telling me though way before he heard any of my music, but I have a feeling that he wanted to respond to the music more than having the music be a response to the movements. But the music grew out of my exchange with Stephen and there was a lot of freedom within that. A lot of the compositions started with me applying processes to a raw recording and constructing, deconstructing and reconstructing around that basic component. And I started piecing together structures and motifs that I had mostly written on a piano.

When you composed the score, did you have certain musicians, like Nico Muhly, already in mind?
Yes, I had all of them specifically in mind when writing, and I workshopped the material with Nadia and Shahzad who both performed with me live.

Talk a bit about the mixture of electronic and organic sounds in this composition.
Many of the pieces started from digitally manipulating raw recordings that I had made, both new recordings and older that I had lying around. I find that I respond instinctively to abstract sounds and noises that sound familiar but not pure, so I like to distort and disconnect many of the acoustic sounds that I use for source material from what they are intended to sound like. The piece deals with formation and disintegration, and one way of addressing that in the writing was to start with something our and completely turn it inside out. but I always like playing with texture that are layered, and shift the focus from the acoustic to the electronic and back.

Tell us about the album cover. I love ASCII art, but what is the correlation between the music, the ballet and this image?
Thanks for asking about that. The method that the artwork designer Ivan Khmelevsky used was to rip a CD with the music into the computer at the lowest possible quality and then turn that data into text, from this text he generated the ASCII graphics. So it’s another form of loss, data-loss. The album artwork is not related to the ballet in a direct way, it’s framing the music as a standalone piece.

What additional work did you have to do to turn the score into the actual album?
I approached it pretty much as an album all along, but I mixed it after the dance performed and re-sequenced the pieces into what felt better as the album running order.

Any plans for performing the album live?
Yes, we’ve got a European tour coming up in February and are touring North America in March. The internet knows the details better than I do, but I know that we’ll be visiting some fun places. Hope to see you there.

Oh, I’m pretty sure you will…