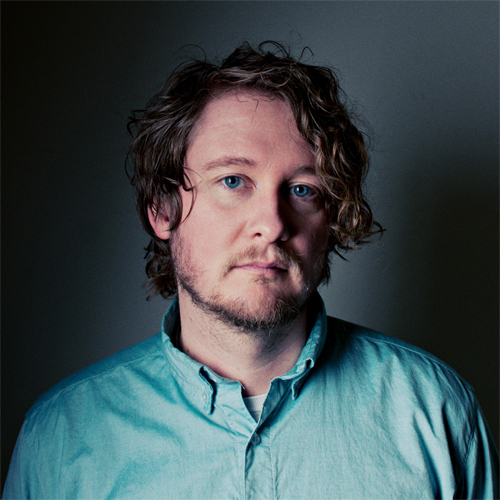 Tell us a little bit about working on “Jealous Heart”. How long did it take and what is the idea behind it?
I was going through a lot of changes in my life during the creation of “Jealous Heart”; thinking about age and witnessing the creation of things that are beyond your control is a humbling experience. Over the past few years, I’ve started experimenting with different tools and source material than I had previously. This opened me up to new processes and encouraged me to grow as an artist. I found it very freeing; losing control, stumbling upon a variety of sounds and pushing me to find additional ways to communicate. I wanted the album to tell a story, but the plot is not in a linear, logical way. The album tells a story through the emotions and perspectives that manifest to each listener uniquely.

What is the story behind the front cover?
I wanted to have a film-like approach that held traces of the source material. After 15 attempts, I abandoned that idea and started to work with the archival family image that you see on the cover. I still wanted to incorporate a film-like approach. The triangle acts like an odd letter-box. Ezekiel Honig said it best – it’s like you’re seeing the image through someone else’s eyes or seeing it on-screen. I like that.

While listening to “Jealous Heart”, I got the impression that it is moving slightly away from the “pastoral” and “painterly” etiquettes attributed to you in the past. How does it re-orientate your creative journey?
I desire to create works that reflect where I’m at, what emotions I’m undergoing and any processes I’m experimenting with. I consider “Jealous Heart” to be the second in a series of “heart” titled/themed releases; “Scotch Heart” being the first, and a third and final release to cap off the series is yet to come. After which, I intend to retire a collection of reel-to-reel tapes and cassettes used in the creation of these releases. To what extent I create with these tools in the future is something I am uncertain of at the moment.

There is a certain feel of temporal “heaviness” in the sound of the new album. In what way do you think it achieves this pervasive sense of age as cited in the press release?
I would like to think that it causes the listener to reflect and to have some connection to the past. A connection to someone else’s story, heard through different ears. This is not something that I set out to communicate, but seemed to unfold as the album came together.

There is an “avant-turntablist” feel to some of the songs which reminds me a bit of “Ballads”. Is there a deliberate strategy for “de-constructing” a song? Is it for example a matter of chance, taste or emotional connection that leads you to choose a particular recording/song?
For me it is less about the content or choice of the sampled material and more about the medium that I am working within. I’ve always liked the idea of constructing something new out of the rubble. Taking something that already exists, molding and shaping it to construct a new form.

Found sounds form a big part of your methodology in sonic sculpting. How do you choose which sounds to use? Are you “hunting” for them in the occasion of an album or do they reveal themselves to you?
I think the sounds I want to work with reveal themselves to me after working within the computer and more recently a sampler. I am searching for a melodic movement, colour or rhythm that intrigues me; striking a balance between creating works with strong intent, while being careful not to snuff out experimentation.

I really liked the track you made with Ezekiel Honig for “… and darkness came” benefit compilation. How did that collaboration occur? Should we expect a proper joint release in the future?
Ezekiel and I have been friends now since 2007 when he released “Standing On A Hummingbird” on Anticipate. I’ve given him source material over the years to be used in some of his releases and I often send him my works in progress for his insight. I have a lot of respect for him as an artist and a person. It just made sense that we would eventually collaborate on a larger scale like a 12” vinyl release. We have a number of tracks that are near completion and are planning on finishing up a vinyl release in the not too distant future.

Any other releases in store for 2013?
Yes, Nicola Ratti and I will be releasing “Resophonic Cities” this summer on LP. As well, “EXTENSIONS” with filmmaker Kyle Armstrong, an A/V project surrounding Marshall McLuhan to be released on DVD and LP.

Do you have any upcoming touring plans?
No, I don’t have any plans at the moment. I seem to travel to Europe every other year.

What are you listening to at the moment?
Listening to some new releases out on the Senufo Editions label, specifically Andrew Pekler’s “Cover Versions” and Giuseppe Ielasi’s “Rhetorical Islands”.