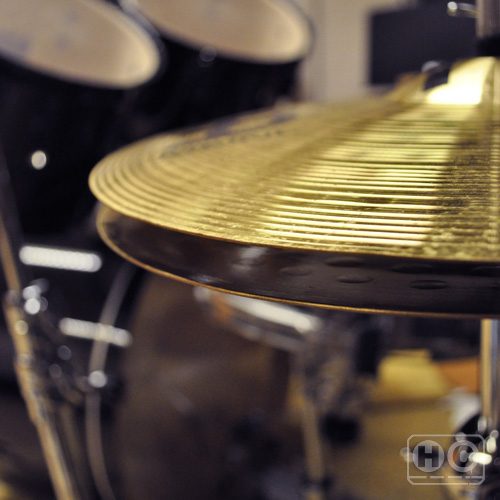 If you’re a follower of ambient, experimental and abstract music, chances are that you have a favorite album from Machinefabriek. Rutger Zuydervelt is extremely prolific, producing close to a dozen albums, collaborations and EPs per year! I don’t even know when he found the time to make this exclusive mix for Headphone Commute! And a unique one at that…

“Either displaying a primal energy, or sublte micro-sound textures, the scope of possibilities of a drumkit (when played by a good drummer) is almost endless. Maybe if I thought about this a decade or two ago, I would’ve taken drum lessons and be a good drummer by now, but that never happened. Instead, I attempted to make a solo drum record by recording drums and then painstakingly editing and layering it for an entire album. This will be released by Eat, Sleep, Repeat later this year. This Headpone Commute mix has some of the inspirations for that album. As I’m writing this, I realise I have forgotten to include Andrea Belfi’s ‘Knots’ album. Hunt that down if you want, it’s totally worth it!”

I’m really excited to have Rutger on our podcast! My favorite releases of last year include his collaboration with Gareth Davis on Grower (Sonic Pieces, 2011), his work with Tim Catlin on Patina (Low Point, 2011), and his very latest self-release with Celer, titled Maastunnel/Mt. Mitake.