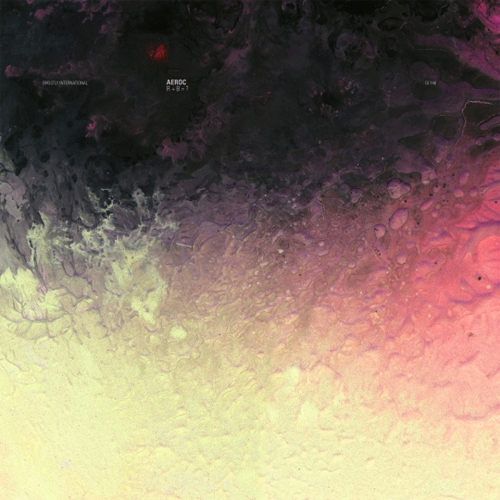 Geoff White comes from that group of early-Y2k musicians which explored the IDM genre on Force Inc, Merck, Neo Ouija and of course, Ghostly International. I’m talking, of course, about the era of clicky sounds from Metamatics, Deru, Proswell, Blamstrain, Lackluster, Geiom, Kettel, Dabrye, Tstewart and Lusine. Fans of this atmospheric experimental electronic music with glitchy percussion and nonconforming rhythms know exactly what I’m talking about. During 2002, White came out with half a dozen 12″ on Cytrax, Lo-Fi Stereo, and his very own Edit Records, adding to the catalog of releases with his unique techno driven clicks and cuts style. In 2004, White decided to try a little IDM, and with his Viscous Solid debut on Ghostly, Aeroc was born.

Seven years went by since Aeroc’s debut, but on the long awaited followup, he returns to his sound. Using his acoustic guitar as the main instrument, White creates textural atmospherics which are later manipulated, stripped, and then processed back together to create a collage of dense layers cut with glitchy specks and speckles. The percussion is more refined, structured around that jazzy post-hip-hop head-nodding rhythm, while they melodies are incredibly rich, soulful and lasting, tethering the tracks into one cohesive album meant to be consumed as a whole.

“Most [tracks on the album] feel as though they were written on acoustic guitar – before White’s tinkering production frayed the edges, amplified subtle resonances and teased counter rhythms out of the space between his strings – but it’s the simple, undeniable tunefulness and musicianship that makes R+B=? so memorable.”

Although a lot of time has passed between the albums, I’m incredibly happy that Aeroc is back. After Merck Records has closed its doors I was pretty anxious for the artists to find a proper home for their sound. At times I thought that the entire genre would die. And although Aeroc was never on the Merck roster, I’m glad that he continues to release his style of music on Ghostly. I can re-assure you that I’m not the only one excited about his return! Fans of all of the above mentioned artists will agree…