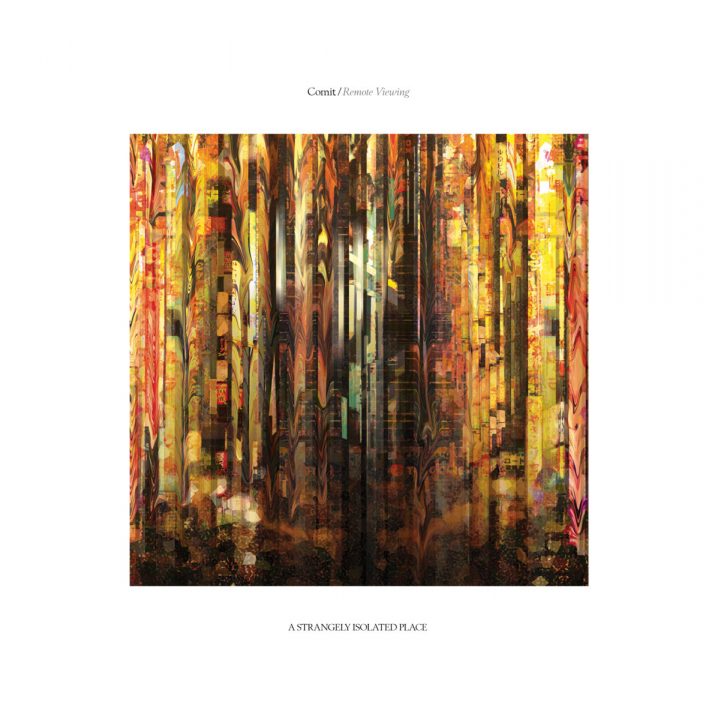 Label: A Strangely Isolated Place
Released: August, 2019
Mastered By: Andreas [LUPO] Lubich
Artwork By: Noah M / Keep Adding
See Also: In the studio with ASC
If You Like: Arovane, Bola, Kettel, and Secede

Ryan Griffin’s 6-year old label, A Strangely Isolated Place is quickly gaining a reputation for an exquisitely curated selection of releases, each carefully crafted not only in content but also in packaging. This year alone, the imprint has put out the records by 36, James Bernard, Yagya, Max Würden, and the upcoming new album by Olga Wojciechowska. So that should tell you all you need to know. Plus the fact that I consume and keep my ears on everything he touches – Ryan and I have a long history of cross-pollinating sounds from words, to mixes, and our taste. It seems that we have traced a similar trajectory in music, from its roots in early IDM to the modern timeless electronica. Speaking of the instantly immortal – this new record truly hits the spot!

Comit is none other than James Clements, whom I’ve been following for years under his other alias of ASC [see this In the studio and Headphone Commute Mix entries]. For his debut under the new alias, Clements offers a refreshing take on a genre that has seemed to slowly fade away from the scene. I’m talking about the nostalgia of early glitch and IDM from the likes of Merck, City Centre Offices, Morr Music, Sending Orbs, Neo Ouija, and of course the early Warp. Somewhere along the line, the ‘intelligent’ in dance has morphed, matured, and grown-up into a more sophisticated sound of today, while the playfulness of the melodic and unsound has remained in distant past. Perhaps that is the nod of this record’s title – a look back at the origins of sound, through an inverse telescope of thought.

Broken, glitchy breakbeats weave amongst emotive and often melodic chord progressions, all stemming from James’ expansive collection of analogue synthesizers. It’s a sound that feels distinct and very separate to James’ music as ASC, whilst adding a new evolution to the genre we may have previously described as IDM.

On Remote Viewing, beautifully crafted euphonious passages interweave among their complex yet unpretentious glitch beats. The musicality of Clements’ mind is pronounced, through his melodic tone, to textured space, and harmonic chords. It’s not just wildly transforming algorithm that we’ve experienced at live shows standing in the dark – but a supremely listenable piece of music, as much bespoke made for your mind as for your heart. Gear heads can inspect the synthesis and signal routing, appreciating the programming and the flow, while modern IDM composers can appreciate the overtone progressions that perfectly align in balanced, thoughtful, sonorous eight tracks. A highly recommended record for fans of truly electronic music. Peel this apart for a concealed, and vivid treasure.