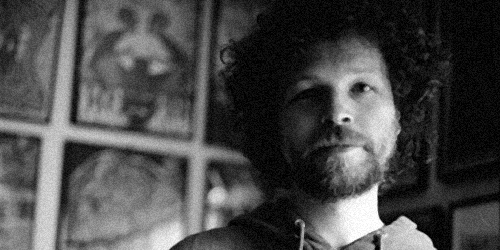 Editor’s Note: The following article is written by James Kirsch and republished on Headphone Commute with permission of the author. James kindly updated the contents of the text, which was originally written in 2008.

I’m going to lay out a couple of things I’ve learned in the past decade of producing free music. They would probably apply to any aspiring musician. Many of them may be obvious and intuitive, but it’s always helpful to take stock.

No one cares about my music the way I do. There’s no reason for them to – for me its a primary extension of self. It’s what I pour myself into, laboring, debating, molding, and refining everything for a ridiculous number of hours. Then, after all this toil and triumph, I release an album, where all my pride and insecurities are balled up in an explosive state of nervous excitement. My friends and fans will support and celebrate with me, which is truly amazing, but it’s important to recognize that most people don’t care about it, nor understand the effort it takes. It’s important (though almost impossible) not to have expectations of how my music will be received. What’s most important is how I feel about my music. You’ll hear this again and again when you’re an artist – it just took experience for me to internalize it.

This is so true for so many things in life. I watch a movie, and when the credits are rolling I start thinking about what to do next. Only when I start watching the “making of” on the DVD do I begin to appreciate how amazing the process of creating the movie was. I created an interactive “making of” page for one my previous albums to give a listener some insight to the creation process. Hopefully it made the music more interesting to listen to.

It’s always a good idea to talk to people about the process of creating something, be it an event, a piece of art, a cake, or whatever. I’m often oblivious of the extraordinary effort it takes to accomplish a task.

When I released my first two albums, I really pushed my music on my friends, family, and peers, since, well, there’s already an established relationship. What I didn’t recognize is that many people I know don’t really care about music. Then there’s those who do, but don’t really dig my downtempo stylings. While of course there are exceptions, I finally recognized this isn’t really my target audience. My target audience are folks who dig downtempo melodic electronica, which is a certainly a niche category.

Why was no one coming to my website to download my free music for the first few years? Because no one knew about it. I had to learn the art of promotion. Since I’m not trying to sell my music, the traditional channels – i.e. labels – are not available. I must contact the radio stations, magazines, websites, blogs, and forums myself. Occasionally a fan will help spread the word – and to those people I am incredibly grateful.

Successful promotion turns out to be cast a wide a net as possible, putting a lot of effort in spreading the word, sending out cds, and getting very little back. You have to accept a lot of rejection. I’ve learned to be happy if 5% of my emails or mailings gets a response – that is, not even a positive response, but a message indicating that the party will or did check out my music. It’s not really something that I enjoy.

Just because people know about something, doesn’t mean they’ll care. When I hand someone a business card, realistically, there’s a minuscule chance they’ll go check out my website. When I hand someone a cd, there’s maybe a 50% chance they’ll listen to it. The best time to hand someone a cd is when they’re about to go their car, and I can suggest they check it out on their journey. We now live in an era where data is free, and people collect it without using it. Humans like to have stuff. If they do end up on my website and download an album or track, it may get lost in the shuffle of other downloads.

Unless your music is simple and poppy, or incredibly accessible, most people won’t be able to make sense of it on first listen, and consequently not return for a second listen. I can not approach my own music with fresh ears – I’m intimate with every second of it. It’s great to have someone who’s not a huge music fan listen to my music before I release it to gauge how most people will receive it. It has previously helped shape the ordering of  tracks on an album. Accessible music will always be more popular than complex music.

I’ve learned that it often takes many listens for people to start really enjoying my music. My favorite story is of a co-worker who’s cd player broke with my cd in it, so they had to listen to it all day on repeat. The next day he told me never to stop writing music.

This is the most important thing I’ve learned – the small percentage that do care and listen to my music, don’t think how important it is for me to get feedback from them. This is completely normal. How often to do you appreciate something and think “I should tell the artist (or whatever) how much I enjoy their art?” Not often. Since the process of acquiring my music is completely devoid of personal interaction (click on a link on a website), there’s nothing bonding the downloader to me. They download the music, and perhaps listen to it sometime down the line. Maybe they like it – maybe the don’t. I will most likely never get feedback. The thing I’ve taken away from this is to always contact artists when I enjoy their work. It’s a great habit. Or if an artist is serious about soliciting feedback, both negative and positive, I try to do so. They always really appreciate it.

I don’t mean to sound like it’s a negative experience to create and release music – it’s not. There’s simply a lot of challenges I never imagined. I absolutely celebrate the tools, ability, and lifestyle that allows me to craft the music that I want to. I’m still in awe that there’s a distribution method that allows me to share my music at almost no cost to the entire world.

We are still very much at the beginning of the musical explosion that’s about to take place. The tools that are available completely eliminate the cost barrier to create music. As this generation learns those tools, the variety and quantity of output will be staggering.

I recently released my 6th album, “miles tones”. The album (along with all my other music) is available for streaming/free download on my website: generalfuzz.net. My fifth album, “soulful filling” was ranked #9 in the top 200 albums ever played in the 20 year history of the nationally syndicated radio show echoes.