Is it possible that we’re already in the post-dubstep era? What does that mean anyway? In my opinion, a lot of electronic music genres after a significant incubation period split into two branches. One goes the club route, stamping out tracks through a template of dance formula, which becomes quickly familiar to the DJs and fans. The other goes the bedroom route, leaning towards that intelligent “I” that we first glimpsed in IDM, borrowing successful and experimental elements from multiple styles to create a listening experience. Let’s hope that’s where post-dubstep falls in. Below are a few albums concerned with pushing the genre further… 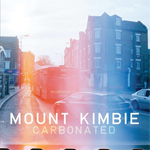 In 2009, London based Hotflush Recordings introduced us to Mount Kimbie. Comprised of Dominic Maker and Kai Campos the duo is undoubtedly held responsible for the “post-dubstep” movement – an offshoot of the genre geared more towards home listening of the bass driven syncopated beats. In 2010, the group solidified their influence with a full length release, Crooks & Lovers (see Headphone Commute’s Best of 2010 : Music For Vibrating Your Neighbors’ Dusty China). Unable to curb the inevitable flow of the rhythm, Mount Kimbie returns with a six-track 2×12″ EP, Carbonated. Exploring abstract rhythms, glitchy synth lines, ambient textures, and foundation of bass, Maker and Campos continue deconstructing the elements of dubstep into its hissy, minimal, IDM-esque parts. Featuring three new tracks and three remixes by Klaus, Peter Van Hoesen, and Airhead, the EP unfolds the opportunities of evolution of genre, as propelled by the earth shattering club nights, and brings the sounds into your bedroom. Klaus’ mix in particular, slows down “Adriatic” (a track from Crooks & Lovers) to a crawling halt, barely allowing for the sound to breathe while being suffocated with the bass. Peter Van Hoesen, responsible for the hollow techno banger Entropic City (Time To Express, 2010), remixes “Carbonated” with a bubbly, psychedelic feel, turning up the bpm into a four-to-the-floor upbeat club hitter. Perfectly EQ-ed for your headphone commute, Carbonated is hopefully only a teaser for another full length from the group. Thank you, Hotflush, we’re listening… 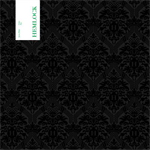 James Blake first appeared on my rotations with his two EPs released by R & S Records in 2010 – Klavierwerke and CMYK. There was something incredibly familiar and haunting in the folksy sounds dipped in the alien goo of bass. However, it was his debut Air & Lack Thereof that first put Blake on the map of wobbly post-dubstep scene, that has eventually landed him with a self-titled James Blake full length on Atlas / A&M and then even Polidor and Universal. Order / Pan is the newest two-track EP, returning to Jack Tunning’s (aka Untold) and Andy Spencer’s Hemlock Recordings. Unlike the soulful pieces on the James Blake album, the tracks on the latest release welcome Blake back into his experimental territory. Incredibly sub heavy, Order, stumbles out of the dark with sparse rhythms and analog sounding percussion. Pan bleeps out of the dusty closet like a sleeping zombie, ready to swallow you whole with its bass. [Hold on, the vibrations are so massive, either the neighbors are knocking, or I’m hearing something pop in my skull]. Besides a handful of EPs, Blake remixed Mount Kimbie‘s “Maybes” as well as Untold‘s “Stop What You’re Doing“. After the success of his full length, as well as a runner-up spot on BBC’s Sound of 2011 poll, Blake has gained many new fans. Although I have a feeling that they may be a bit put off by the darkness explored on Order / Pan, it is a welcome return to this side of the underground, where Klavierwerke and CMYK still get plenty of playtime. 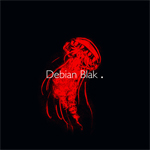 Open up your eyes [and ears] – let me introduce you to Debian Blak. The moniker may be new, but behind the name, Leeds-based Rowan Perkins has been producing since the age of 16. In 2010, Perkins was selected from a group of emerging artists for the AKG Scholarship of Sound in Berlin, and it looks like a little polishing has done wonders to his sound. On A Hint of Menace, an EP released by First Word Records and available for FREE from bandcamp, Blak chops up the vocals through a rhythmic grinder of bass heavy beats. Musicality remains at the center of the six tracks, where the song structure is rigid enough for the rhythm hungry dance-floor, yet flexible to fit comfortably into your headphones. Building up on foundations laid by Jai Paul and Mount Kimbie, with a hint of Brainfeeder’s hip-hop flava and its founder Flying Lotus, the sound of the EP is a torturing teaser for all of the great things to come out of this producer. Perhaps none of the influences are as audible as James Blake, especially on the track “Leave Me Alone” where the effected pitch-spread vocals create a soulful atmosphere, punctuated by a hollow kick and a thumping bass. Yet, besides the name dropping, I have no doubts that Debian Blak will establish a name all of his own – after all, it is his tracks that I wake up with in the morning already playing in my head. And through my years of listening to music, I’ve learned that it’s a good thing. We have finally arrived at the post-dubstep era with intelligent sound oozing from your bedroom speakers – let Debian Blak show you the way forward.