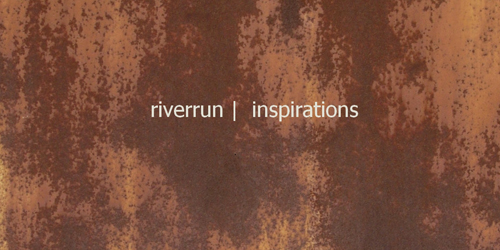 Daniel Land has quietly descended on these pages with his ambient project, riverrun, at the end of 2010. His slow evolving explorations of sound in Pentimento drenched our studios in dense layers of sound, and a profound state of being. It seems that Land set off to create a record in a vacuum of influences. But alas, even a blank palette has its inspirations. Here’s Daniel, with a little background on this mix:

I have given this mix the rather prosaic title of “Inspirations”. I would have liked to have been able to compile a DJ set of new and radical ambient pieces that no one had heard of – to show off, basically – but in truth, I made the riverrun record in a bubble, not knowing anything about contemporary trends in the ambient world. And I still know as little about the whole area as I did then. So, for this mix I have tried to do something in the same spirit of the record, by picking tracks that I plainly and simply like and that were an influence on my project.

Some of these tracks are such obvious influences that I questioned whether I should include them (Brian Eno’s “The Lost Day”, for example), although along the way I think I have thrown in some genuine surprises. Bethany Curve, for instance, is a shoegaze band, and the drone track I have included is far from typical of their work. Nevertheless, it was a major influence on my album. Likewise, the more ambient moments of This Mortal Coil do work very well in this context but the style of the larger body of work by that band would probably not work on a mix such as this.

I included my horrifically dark riverrun deconstruction of Peter Gabriel’s “Not One Of Us” (totally unrecognizable from the original) as part of the mix, although I found towards the end of making this set that I was growing bored of stark, dark ambience, and drifted into the somewhat more organic and warm tones of world music and jazz; the last piece (by Miles Davis) completing the cycle in a nice way, as it was the major conceptual touchstone for Brian Eno’s “On Land”.

Make sure to check out Headphone Commute’s review of Pentimento.
Read also Two and a Half Questions with riverrun 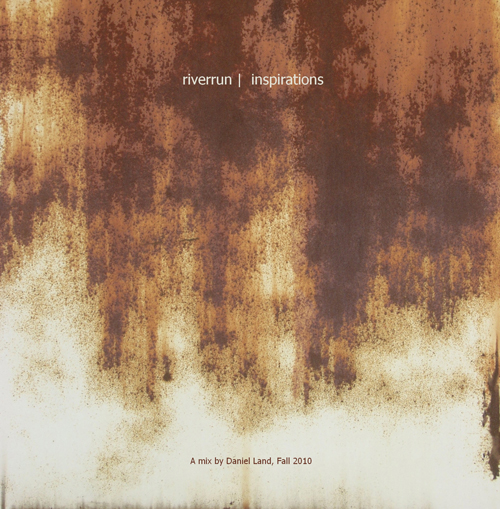 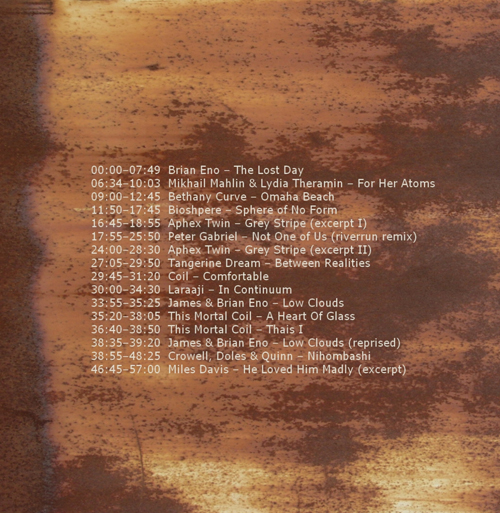