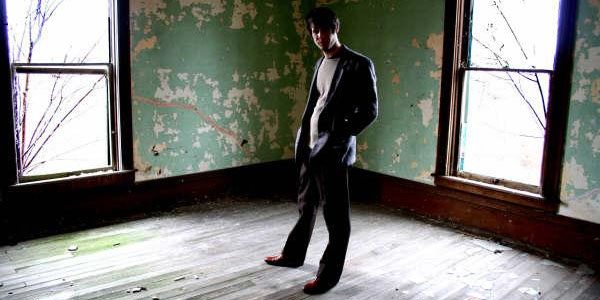 Who is Juxta Phona & offthesky, and where did [they] come from?
Well Juxta Phona and offthesky are two separate entities with one common denominator – my brain.  But other than my vision/ideas there are a whole set of different rules/players for each band.  Of course offthesky is mostly my solo project working to sample random artists / musicians sparcely along the way.  Juxta Phona is more of a band with several other members involved – we get together and play music like a band; jam out allot; think of weird ideas for new songs – allot of beat driven, esoteric jazz type stuff.  It was interesting to try and meld the two styles together but I guess that was my vision incarnate in the end.

Do you source any of your material?
Not sure exactly what you mean but if you’re referring to citing influential sources, Juxta Phona certainly comes from a background of idm, free jazz, experimental exploration.  Offthesky is of course a pretty open pallete mostly flirting in ambiece, less beat oriented concepts.  I guess the records speak for themselves though we try and do something different each and every time – there’s no point in wallowing in our own filth, right? 😉

What do you think about music classification, and how would you categorize yours if you had to?
Music classification is a necessary evil in that it tends to cheapen the art in many ways yet we have to have it to be able to communicate with the masses in order get them interested enough to want to explore it and try it on for themselves.  However when I say experimental ambient the next average listener may or may not have the same mental sonic back-catalog to be able to get on the same page as I – so this is the rub of genre/language in general I guess. I think the use of generic terms such as ambient/jazz/techno/experimental coupled with metaphors to help another visualize the sonic direction of a record or project is about the only way to get others into the interest of spending their time exploring something unfamiliar – allot of people I run into are, by design, not always ready to take the time to get into something new and off base from what they are used to.  But ultimately we (Juxta Phona) try and make music that is geared towards the more adventurous listener – offthesky I feel is a little more universal and easy to swallow on the average whole.  That combo helped our Somnia release to be pretty palatable.

Any special stories behind the album?
Well in the process of recording many of the sounds, we would always want to try and find a new strange place to set up our field recorders, instruments, etc.  One night we broke into a large ballet studio because the reverb/piano in that space sounded brilliant!  It was true in the moment phonograffiti.  Another time we recorded in a large freight elevator; also a woman’s dressing room one evening.  Visual surrounding is a huge aspect of creativity so we would make an effort to immerse ourselves in weird new environments to see what kinds of alternative ideas might come out of that.

Who are some of your inspirations?
I can’t speak for the rest of Juxta Phona but this is a constant flux for myself.  It changes from one month to the next.  Right now I’m inspired by sonic artists such as Morgan Packard, Pierre Bastien, & Rewind Wonderland.  They have lovely concepts behind their work and the subtle rhythms or ebb/flow of their sound really gets my juices going.  Visually, the painter Zidzislaw Beksinski has been quite visually inspiring and as always the writer Edgar Allen Poe is amazing!