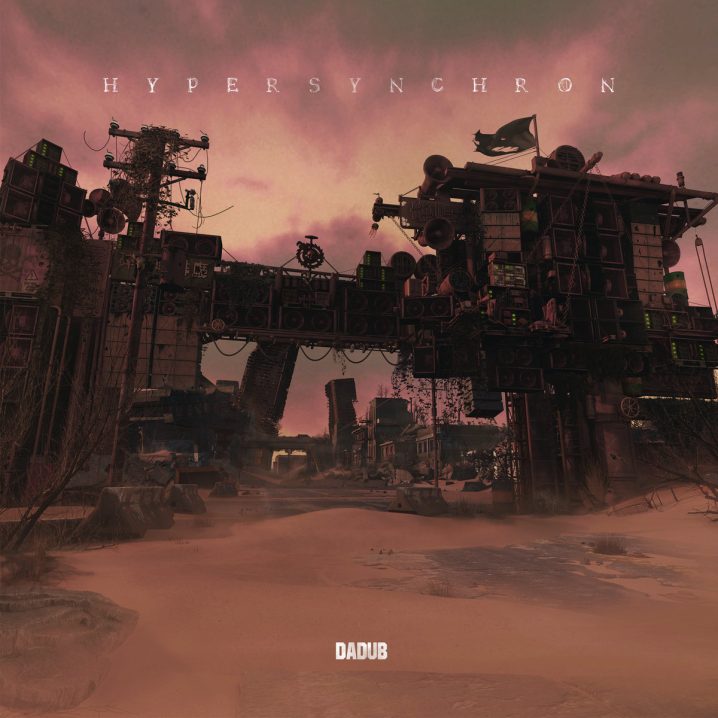 With so much ambient and modern classical music currently occupying most of my time, it can get a bit repetitive, monophonic, and even slightly bland. It’s not that the music is lackluster, it’s just that I often will get a bit of sonic fatigue from sounds occupying the same frequency space where most acoustic instruments tend to reside. So often I turn back into the darkness, for a little bit of grit that I can almost feel between my teeth. Not to mention the fact that I truly appreciate this kind of music, not only from the emotional standpoint (as in, recognizing how it actually affects me) but also from a production perspective (understanding the intricate work involved in weaving in all of the textures without becoming too overwhelming). So I start off this column by turning over to Dadub, whom I originally discovered on Luca Mortellaro‘s (aka Lucy) Stroboscopic Artefacts imprint, back in 2011. I particularly bathed my mind in the whole Monad series of the label, and still occasionally play through its entries. Definitely check that one out, folks! For their second full-length album, this time released on Ohm Resistance, the duo that make-up Dadub, Daniele Antezza and Marco Donnarumma, present us with twelve unforgiving tracks, full of tremendous sonic atmospheres, sophisticated sound design, and advanced post-techno aesthetic that occupies a very special place on all my vinyl shelves. Described as “harmonized polar motion of temporally phased rhythm,” the music of a place in Hypersynchron is sinister, ominous, and at the same time, perversely pleasurable and exciting to the brain that’s been deprived of oxygen when a malevolent gloved hand is wrapped around your twisted throat. “Its rhythms set a future standard perfectly balanced across the farthest known and unknown spectra of electronic music, with bass technology so alien and precise that it may indeed take centuries to reverse engineer. Grooves from a hidden galaxy on axis-tilt just out of reach from our world, longing to join with our human planet interpretation of time.” This is the music of the future, where we survive in an abandoned, damaged, and abominable place. Recommended for fans of Rrose, Cassegrain, Shifted, SHXCXCHCXSH, and Xhin.

Out Of Place Artefacts 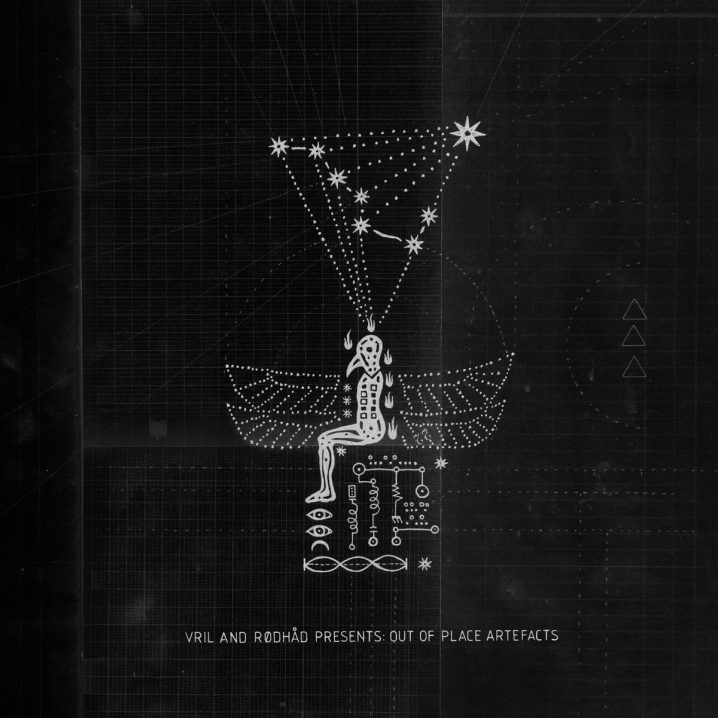 The next album in this column of textured sonic explorations is the latest offering from Vril and Rødhåd for their first collaboration on Rødhåd’s own label named after his WSNWG Studio located in Berlin, Germany. I first heard Rødhåd at a festival and I remember really enjoying his selection of futuristic techno tracks (I wasn’t sure if any of them were his own at the time), and their mesmerizing rhythms pounding into the late of the night. I’ve since picked up on more of his mixes, albums, and EPs, appearing on Dystopian, 50Weapons, and, of course, his very own WSNWG, on which he’s collaborated with some of the favorites, like Lucy, Ø [Phase], and Lady Starlight. Admittedly, the other half of this project, Vril, is new to me, but from his catalog of records on Dystopian, Delsin, and Giegling I quickly draw conclusions on where this German electronic producer fits in the scene. Together, Vril and Rødhåd produce a boggling record, weaving in incredibly complex textures, ultrasonic atmospheres, and extraordinary post-everything-out-there rhythms, to construct a dark, delicious, special place. The project is centered around the concept of found artifacts. “Strange anomalies are scattered throughout the world. Things that could not possibly belong to the time period or place in which they were found. These so-called out of place artifacts baffle historians & archaeologists up until today and have inspired producers Vril & Rødhåd to write a collaborative concept album.” While one may be forgiven to ignore the context of the theme, the music will undoubtedly possess you, its haunting, psychotropic sounds hypnotize and lure you into depths of bleak and murky spaces, where hidden and abandoned artifacts remain to be discovered and explored. Highly recommended if you like Demdike Stare, ASC, Answer Code Request, Rrose, Planetary Assault Systems, and Abdulla Rashim. 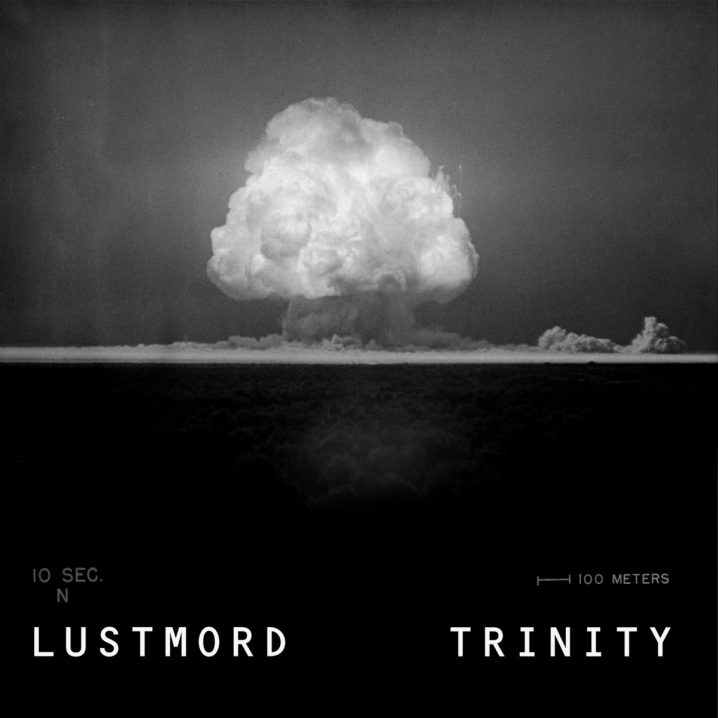 I hope that by now you are already familiar with Brian Williams and his stunning Lustmord project, which has been in existence since 1980. I don’t even know if there is anyone out there who can surpass his ability to create dark, atmospheric, horror soundscapes that permeate every terrified cell of my entire being. It’s no wonder he’s been behind so many film scores, the latest of which (I believe) is First Reformed. But Lustmord also crawls under my skin with sinister, macabre, and creepy sounds from his full-length releases. The pitched-down reverberating hits, the choral wails, the brooding strings – they all make up an environment of post-apocalyptic dread, that fills my room with devastating music. Trinity is named after the first atomic bomb test, performed in the Jornada Del Muerte desert, New Mexico, on July 16th, 1945. “For millennia we as a species have successfully killed each other at an alarming rate, but with TRINITY we gained the power to kill a thousandfold more in an instant […] We have lived in its shadow ever since.” Originally commissioned by the Unsound Festival in 2012 as a live presentation, the project evolved into this self-released album version. Besides the intricately designed sounds that only Lustmord can produce, Trinity also features location recordings where the bomb was developed and detonated. This is a gorgeous piece of music that will leave a permanent emotional imprint upon your mind – something all music should achieve in order to be great. And when you’re done with Trinity, be sure to play through Lustmord’s live performance recordings from Berlin, Lublin, Hobart, Stockholm, Kraków, and Machinefest that takes place in Oberhausen, Germany, which Lustmord has recently put up on his Bandcamp page. There is a lot to dig through here, but it’s bloody worth it so that you frighten at your core. 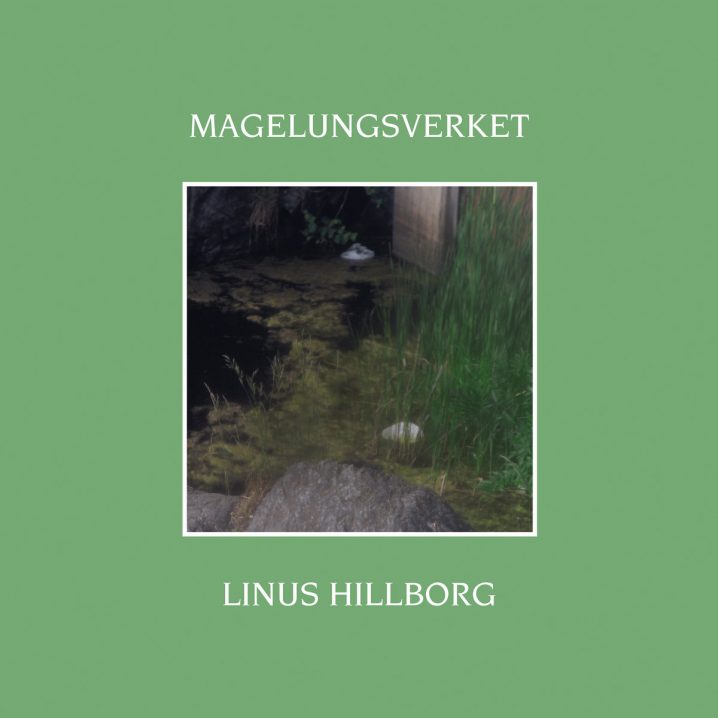 I’d like to conclude this column with a new artist to my ears, and indeed the music scene, with his debut release on his very own Stockholm-based Moloton imprint [which he co-runs with Marlena Salonen]. I also would like to state that I was excited about this album when I came across it in late November and made the arrangements to premiere a track ahead of its release on January 22nd. Unfortunately, as some of you may know through my social media updates, I’ve caught the Coronavirus, and have fallen seriously ill for most of January. In the process, I had to cancel the premiere – the first time in the history of Headphone Commute. I’m only now regaining some strength. I’m happy to return to regularly scheduled programming, listen to all the music, and share these words on Magelungsverket with you. For his first solo full-length, Linus Hillborg shares ten unsettling pieces composed with Buchla 200, tape machines, and acoustic instruments. The obscure and bewildering atmospheres pull on the chords of a tension-rich soundtrack to an interactive installation in which participants drive through the midnight streets of a decrepit and abandoned Stockholm. The screeching strings and howling synths lure the listener “through despaired soundscapes of electroacoustic orchestral arrangements seeped in rich harmonic synthesis.” I will admit, I tried to take a nap to Magelungsverket once. Instead, I ended up conjuring images of something being blown, bent, bowed, stretched, into another form unmalleable, unyielding. And with this film behind my closed eyelids, I lay awake, unable to relax. Fans of synth drone, dark ambient, experimental, and avant-garde music will really appreciate the complex sonic textures explored on Magelungsverket.