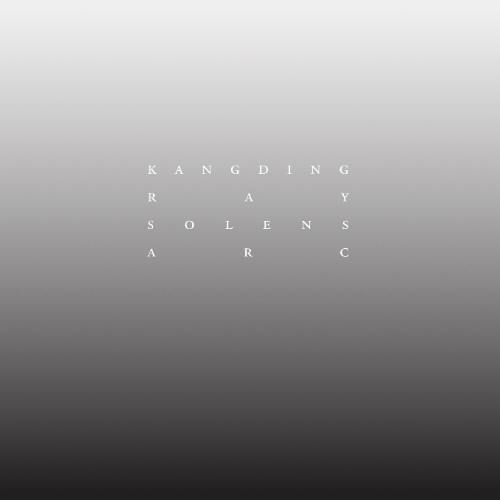 Like the white swish of the famous Nike tick, Solens Arc swoops high above the sky, a band steep in its incline, racing against the friction of gravity. The arc, with its incredible altitude, rises in an easy swoosh and then inverts itself, cascading the underside in slight, yet noticeable degrees, its trajectory hanging like a brilliant halo high above the sphere. Running through the music is a sense of speed, determination and robotic purpose. The beats are anvil-heavy, anchored to the electronic harmonies by the force of gravity alone. High above, the synths are wrapped like a bandana around the speedy beats. The arc stares blankly down upon titanic structures and mechanical beasts, the music matching its power and accuracy.

“Serendipity March” is the opener, and it isn’t long before the beats accelerate with plenty of forward thrust. There are gaps in the onslaught, with smoother, quicker interludes that diffuse the situation, but for the most part it is war. The inner sections weave around one another, revealing tracks within tracks. Solens Arc is a multi-layered, massive labyrinth of sound, intelligently designed.

The arc travels from thick, throbbing techno to anthemic arpeggios that daub splashes of feverish colour onto the otherwise dark sky. The twelve tracks interconnect, as if the arc were chained to the black core of the planet. In the same way that the rings of Saturn are an inescapable part of the planet’s way of life, not to mention its identity, so too do the relentless beats tie themselves to the music, with electronic ruins that date back to the dawn of time. The music is electrically charged, producing an intense rush of sound. On “Blank Empire”, the beat climbs steadily, rocking and rolling repetitively. The vicious synth buzzes and grinds against the sweeping beat, punishing the speakers as it cycles around its sphere. Its sharp angle scoops up the electronic beats, sending them on their way at a speed faster than a bullet.

“A stone is thrown, just to watch it fly. A projectile launched for the sole purpose of drawing a ballistic trajectory in the sky. The Solens arc is what remains after the subtraction of the goal; a simple parabolic curve defined by gravity, impulse and starting angle. No target to hit, no catharsis to wait for, just the beauty of the flight.”

“Amber Decay” really gets the heart racing with its fierce, distorted growl and subsequent row of white, mountainous fangs. The beat lives in the low-end, submerged in a black tunnel of rage. Hi-hats swim and skip over the beat, but it’s a dark, dark track. “History Of Obscurity” is softer. Vibrating lines of synth tickle the echoing beat, smearing its delay against the music like blood on the battlefield. At this pace, beats are often accused of terrorizing the music, of being violent and brash, but if anything gets out of hand it’s likely to be down to their energetic outlook. It’s clear that both the synths and the beats need each other to survive.

With or without a burning tempo, the music of Kangding Ray blazes with intense acceleration – Solens Arc would fit perfectly on the iPod of a tornado. While the ring hangs above, the beats pound their way into the bloodstream like an unstoppable virus, and, from a distance, the jaded copper ring resembles a wounded, bloodshot eye. Solens Arc is David Letellier fourth album as Kanding Ray for raster-noton label and is the follow-up to his 2013 The Pentaki Slopes EP. Be sure to also pick up Letellier’s numerous 12″ on Stroboscopic Artefacts. Recommended for fans of Lucy, Emptyset, Dadub, Mike Vainio, Miles & Andrea, Byetone and Ben Frost.

Words by James Catchpole of A Closer Listen