…on the outer reaches of spatial and reductionist pianism

Editor’s Note: The following interview appeared as a SPECIAL on a Swedish blog Sleepy Songs

I’ve been making music for about 18 years or so. My uncle has always been very supportive, but it wasn’t until I started making piano music that I really felt that he appreciates the music I make. So this Christmas when he told me to check out Mike Lazarev on Spotify, I gladly did. I’ve been listening to Mike Lazarev’s album Dislodged pretty much every day since then, and when he appeared in my Facebook feed I thought to myself, ‘well, I’m just gonna write to him and see if I could interview him.’ He said yes. –Johan Eckman

Hi Mike! For those who don’t know who you are, please give us an introduction! Where are you from, and where are you working from at the moment?
Well, I was born in Ukraine, spent my teenage years in the United States, and recently moved to the United Kingdom where I feel a little more at home.

Tell us about how you started playing music.
I am a classically trained pianist (since I was 7 years old), but I never finished music school as I had to immigrate to the US at the age of 12. There was a long period of time when I didn’t have the piano until I could afford one myself. But it is safe to say that I don’t know a life without music.

Tell us something about that moment you realized you could make music yourself!
I started composing around the age of 12 when I realized that music could be a unique gift that I can create (for someone). First, there was a lot of copying of the chords with my own melodies (like The Beatles, Billy Joel and even Chopin), then I kind of always tinkled around the piano, until maybe six years ago, when I started exploring the outer reaches of spatial and reductionist pianism (the terms I’ve invented myself!) to create some intimate compositions of what I felt inside.

Can you elaborate those terms a bit more?
I’m a big fan of ambient music which is mostly concerned with textures, atmospheres, and minimalism. The piano is actually a percussive instrument, and so it is a bit of a challenge to extract an “ambient” sound from it – which is why I play so soft and slow; I want each note to ring out and have its reverberations captured by the microphone. I often have the sustain pedal pressed down all the time so that each tone blends into another in a continuous sonic din. This is how I attempt to reduce the sound to its bare elements, where silence is an element as well. 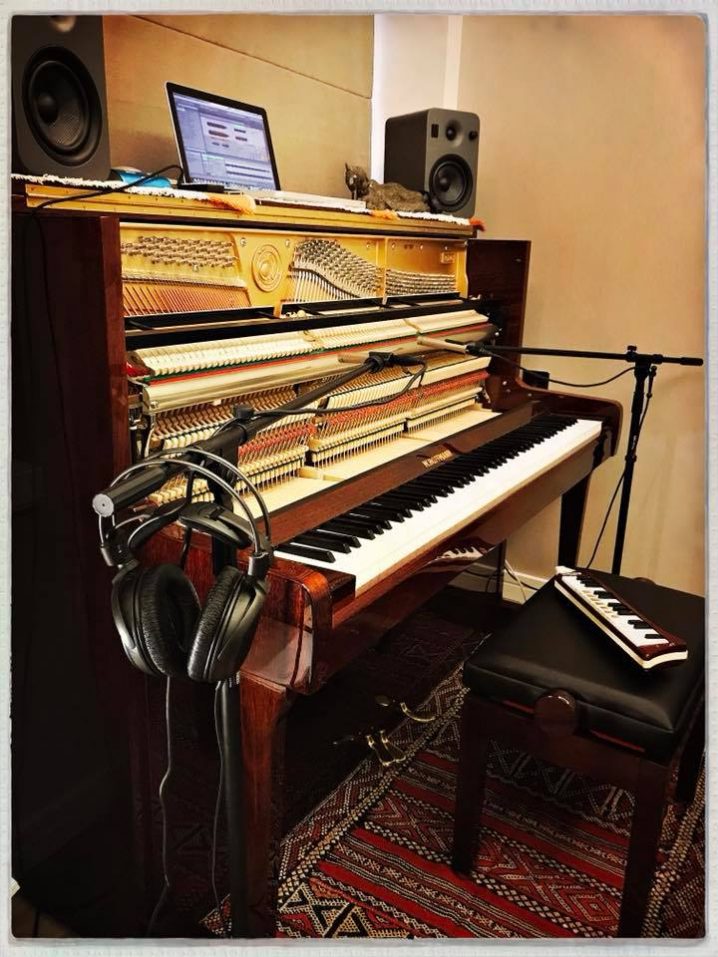 As I mentioned before, I found you through my uncle who sent me a link to your album Dislodged. I know that it’s not your latest release, but I want to ask a bit about it! Is there a theme throughout the album?
Dislodged is actually the second half of my album Unhinged (both are supposed to be played one after another in any order). On Unhinged I removed the wooden casing of the piano to get closer to the instrument with the microphones (these parts were held by a hinge, hence the title). And on Dislodged, I locked in a pedal into a certain position in order to keep the felt between the hammers and the strings to muffle the sound (hence the title, once again – and you can see this on the cover of the album). Of course, “unhinged” and “dislodged” could also describe some emotions that I experienced when communicating through music, so there is a play on words too, but generally, it’s all about a melancholy state of mind that I was experiencing while composing.

When I heard the song Dislodged I instantly recognized it as much as I loved it (especially that part that comes one more time in “TV interlude”). What can you tell me about that track?
The TV Interlude is actually an interesting piece because it was recorded by accident as I was still composing the melody. As you can hear, the TV was on in the background, and I was just exploring the piece, which I didn’t intend to share. But when the album was complete, I felt it was important to bring back this vignette as an interlude for the listener. For the final Dislodged piece, there is a moment where the entire instrument makes a cracking sound (somewhere deep inside the soundboard), which was also not intended. But I don’t believe in accidents, or perfectionism when it comes to making music; so I decided to keep everything as is: tiny mistakes, noises, and imperfections. 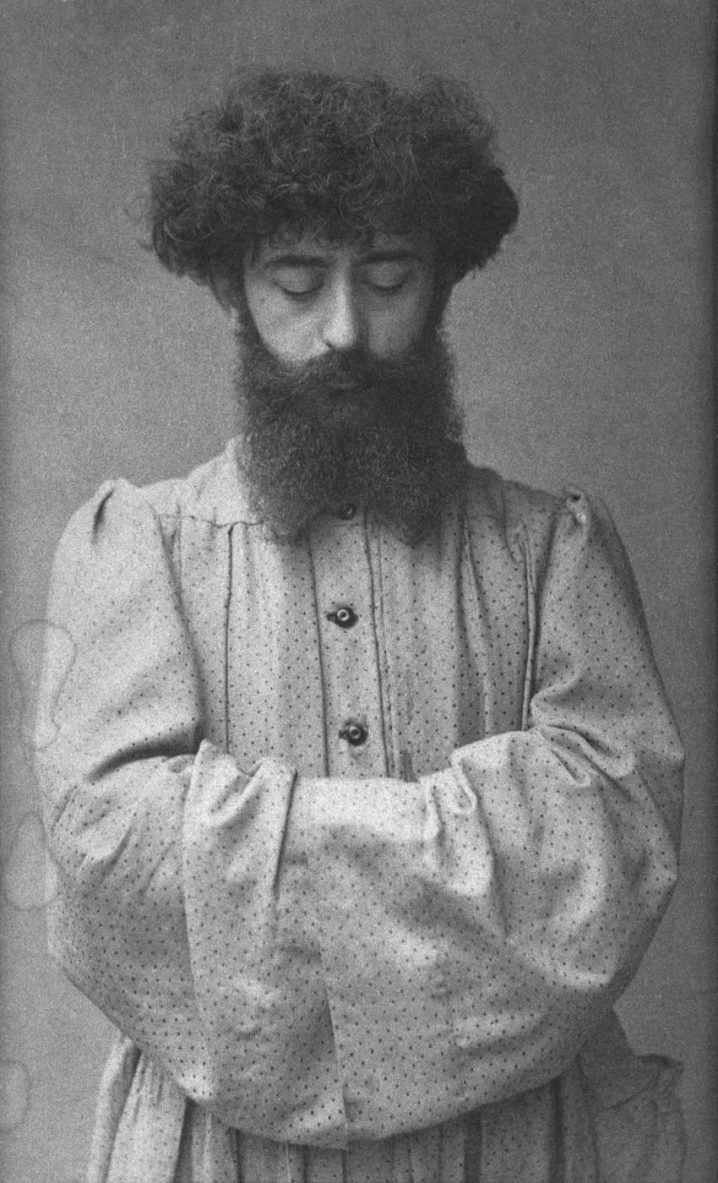 Yeah, the first time I heard TV interlude I wasn’t sure where the TV noise came from; my room or the recording. You have already given some hints on this; but can you tell me more about how the album was recorded?
Well, that’s all me playing in my living room, in my condo in New York. This was usually pretty late at night when it’s dark and the apartment building was quiet. I played very quietly with closely placed microphones (which is why you can hear my breathing and sometimes even the refrigerator hum). So, I’m afraid, it wasn’t a dedicated studio with a professional pianist, which is why I think it’s a lot more intimate, because you’re literally there with me in my home.

Knowing this makes me feel even closer when I’m listening to the album. Do you somehow modify your piano to get that ”damped” sound which can be heard throughout the album? What kind of piano do you use?
It’s an upright W. Hoffman which I particularly purchased for that sound (it took me more than six months to find just the right one). I used to have a Yamaha baby grand, but I sold it before moving to London, and it began sounding a bit too bright for my liking. The piano is not modified at all beyond the removal of the wooden casing, with all original felt. But I did think about making the felt a bit more thicker for even damper sound. 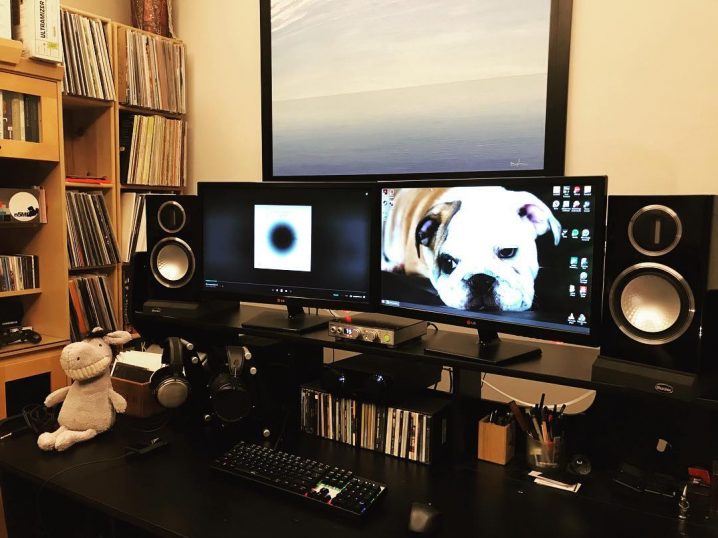 This question is asked by my 5-year old son. Where do all your songs come from?
It’s a great question, but the answer may be a bit tough to explain to a 5-year old, but you can try. All of my music comes from within when it’s impossible to explain what I feel with words. That something, however, needs to come out, and it is expressed through my music.

Last but not least; Do you have more music coming out soon?
I have not accumulated enough tracks for an entire album, but I am playing around with a piece or two, most recently in collaboration with some of my favourite artists, because I think they really compliment my ideas beyond where I could take them alone.