A monothematic delusion is a delusional state that concerns only one particular topic. People who suffer from these delusions often do not suffer from any obvious intellectual deficiency nor do they have any other symptoms. 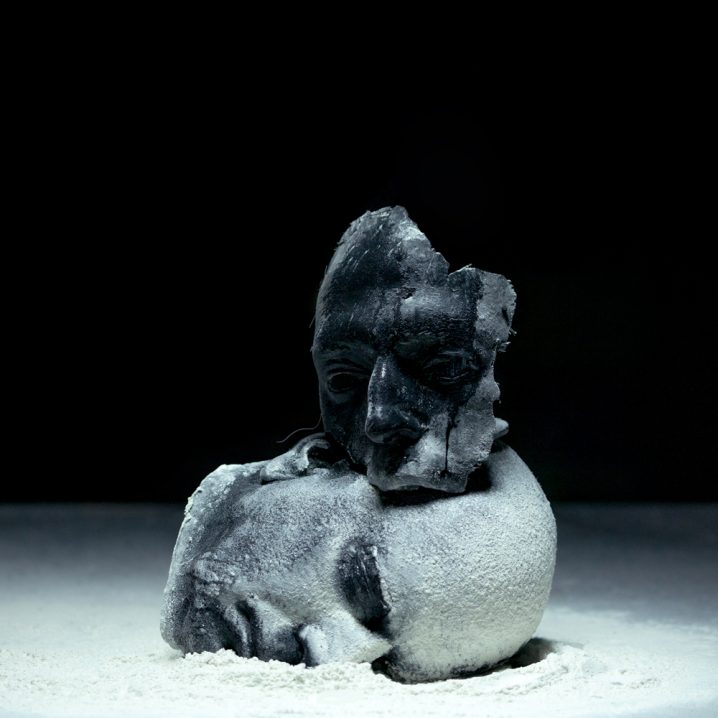 So Raster-Noton has split up (did you already know this?) into two distinct entities. I won’t speculate on what exactly happened, but now we have two labels (again). Olaf Bender will remain behind the wheel of Raster (subtitled as an artistic platform) which includes the archive and all past catalog, while Carsten Nicolai will go on to develop Noton, which most likely will focus on Alva Noto‘s output. Hopefully, in the process, the listeners won’t suffer. In fact, Raster has already pleased its followers with the self-titled debut from Island People back in June of 2017. And now we are honored with a brand new project going by the name of Belief Defect.

First premiered at Berlin Atonal, this project consists of an anonymous duo, striving to “abandon any claim or credit in an attempt to transcend the limits authorship imposes, avoid the boundaries or expectations earned or self-imposed and find the clearest, most direct path to their music for themselves and the listener.” There is a hint that we may guess the names of these musicians, but instead, we’ll keep up this intrigue and focus on the music. Here’s a video of their live performance from the festival for your enjoyment. Yes, I was there, all the way in the front, tweeting to my followers of how Belief Defect was “jarring its nihilistic soundtrack to apocalypse with subterranean noise and rage.”

On their debut, titled Decadent Yet Depraved, the group unleashes some of the most punishing technoid meets industrial meets noise sound, which is at once incredibly complex, a little ruthless, and lusciously dark. The pieces are compressed in their dynamics and at times threaten to muddy the frequency spectrum but on many occasions, Belief Defect pulls out from the void of blackness and presents the sound which is surgically clean (as one would expect from a release on Raster). Between the “primal anger” that often rears its ugly head, there is a space for textural soundscapes, ready to be peeled apart with its “intense self-reflexive sonic layering.” Yet, even among the musicality offered on a few cinematic pieces, the listener is faced with fall into the abyss, like all the idols of the past, crumbling into a dust of their corrupted, broken statues.

The result is a soundtrack for this apocalyptic time, an uncompromising reflection on the state of mankind and its uncertain future – underscored by a sense of religious and secular demise referenced in track titles, samples, and soundscapes scattered throughout the album

This is an album that must be listened to at louder volumes, preferably on the capable sound system versus headphones, as you may sustain some sonic fatigue (and that’s why I still go to festivals). Its full-on force of pressure levels must be felt with every crevice of your bones. Its menace oozes, creeps and fills the porous space within your tissue, possibly detrimental for those suffering from osteoporosis. Women should not consume this album during pregnancy, as it may cause the risk of birth defect. Highly recommended, but with a proper warning made upfront. Be properly prepared.