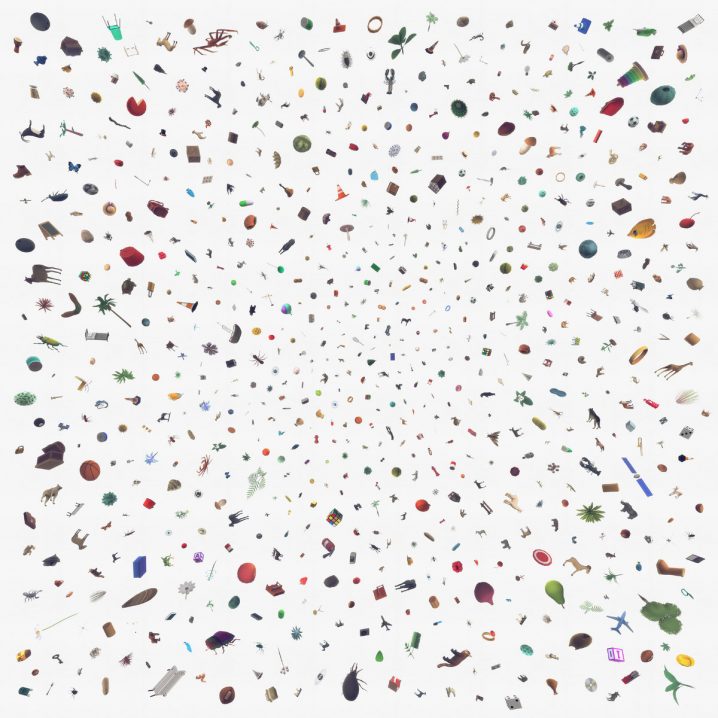 I feel like we’re slowly transitioning into a whole new chapter of media, artistic expression, and content delivery format, which is both, very exciting, and slightly intimidating at the same time. Besides the digital versus the physical media war, where it seems that the price of an invisible matter is simply zero, and thus we’ve seen vinyl and even cassettes resurface to the delight of audiophiles, collectors, and sometimes even hoarders (like myself), there is another interesting mechanism of content shaping, which a lot of my favorite artists have recently been exploring. And I’m not just delighted about all film scores or video game soundtracks – I’m talking about full-blown orchestral arrangements spanning many many hours of listening, whether it’s for a new TV series of 24 episodes [more on that soon on these pages], or, as is in this case, a score for an interactive world, unfolding over nearly four hours, which could be consumed in pieces in a semi-random manner as well.

For Everything, composers Ben Lukas Boysen and Sebastian Plano were invited by the creator David OReilly to create a soundscape with limitless borders, accompanying a simulation game where a player can explore the procedurally generated universe and interact with its objects. The player can start off as one of the many possible creatures, shifting in scale, down to the sub-atomic level, and eventually being elevated to controlling landmasses, planets, and even whole galaxies. Such a game concept, not to mention a nearly unlimited amount of playtime, could be tough to wrap one’s mind around when it comes to producing a soundtrack, but there is also a question of media on which Everything can be shared. So how can one even consume it all? The good news is that with the help of Erased Tapes founder Robert Raths, the 43-track score is distilled down to a 10-piece album, which, as you can expect from the reason behind these words, is a perfect consumption quota for an avid listener.

Composing something quite modular yet coherent that connects with the idea and fabric of the game was quite a task. We discussed many approaches, from really mathematical and direct, to abstract and philosophical, and we ended up with a mixture of both. Every element depends and builds on another and connects to previous and following songs. May it be on a compositional or on an abstract and conceptual level, the game and the music follow the same path and shares almost the same inspirational DNA.

From spacey ambient textures to clicky pulsating rhythmic tonalities to organic modern classical compositions to simply sonic explorations, Everything traverses a galaxy of sound rich in substance, essence, and force. With these many hours of music, the listener can enter a meditative state, as the frequencies slowly occupy one’s dwelling and become a soundtrack to an unfolding life. Here, Everything achieves the precise definition of ambiance, retreating into a background to become ignorable when one is focused on their daily task, and then resurfacing again, with its intricate melodies, passages, and themes, to become at once alluring.

Working on the soundtrack has been a truly inspiring collaboration. What fascinates me about the game is the self-exploratory approach it allows the player to experience; there is no purpose other than just being. This concept gave us wonderful freedom in searching for sounds and ideas that would fit the game. Throughout the score there is a subtle level of drama which gives depth to the game, yet the music never becomes predominant taking the player away from the main experience of being anything. Honest, simple and beautiful, Everything has been a rewarding creative journey to contribute to.

The 12″ regular and limited vinyl editions, along with the CD compiling the 10 tracks from the score, all include a download code for the entire 43-track digital collection (so you get to explore at your own pace). The limited clear vinyl also comes with a game key, which means you can even play it! Listening to this album, as indeed, I have done so a few times before this writeup, one can achieve a condition of floating, while our planet continues to rotate, and the “life” as we know it, persists in its single quest to go on, regardless of the insanity within the human-created ego-driven delusions, which may be happening just as we speak, right outside your door. Highly recommended for fans of immersive experiences…