Let’s start at the very beginning. Can you tell us how you got involved in composing, and what was your very first piece of gear?
I think I’ve always been interested in what gives a piece of music emotional content, which for me derives from harmony as well as melody – so while I studied a few instruments growing up my main focus was trying to understand or recreate the harmonic structure and movement – either playing the music I heard on the radio by ear or learning it from the sheet music. I don’t know why I compose but I always did. I’d say my first piece of gear was actually two tape machines which I would record parts on and bounce from one to the other adding more parts with ever-increasing tape hiss in the background!

How many different studio iterations have you gone through, and what does your final setup look like right now?
My set-up has always been pretty simple – I create and mix mainly in the box using a Macbook Pro bringing in hardware inputs or recording acoustic instrument parts or sounds where I need to. I also work in spatial sound presenting live shows in a multi-speaker format working with partner L-Acoustics. There was a point when I would have to work in the L-Acoustics studio with 360 speakers around me to hear how tracks might sound live but last year they released L-ISA studio which enables me to hear a render of the spatial sound as a binaural headphone output so I can be pretty self-contained in my studio set-up. 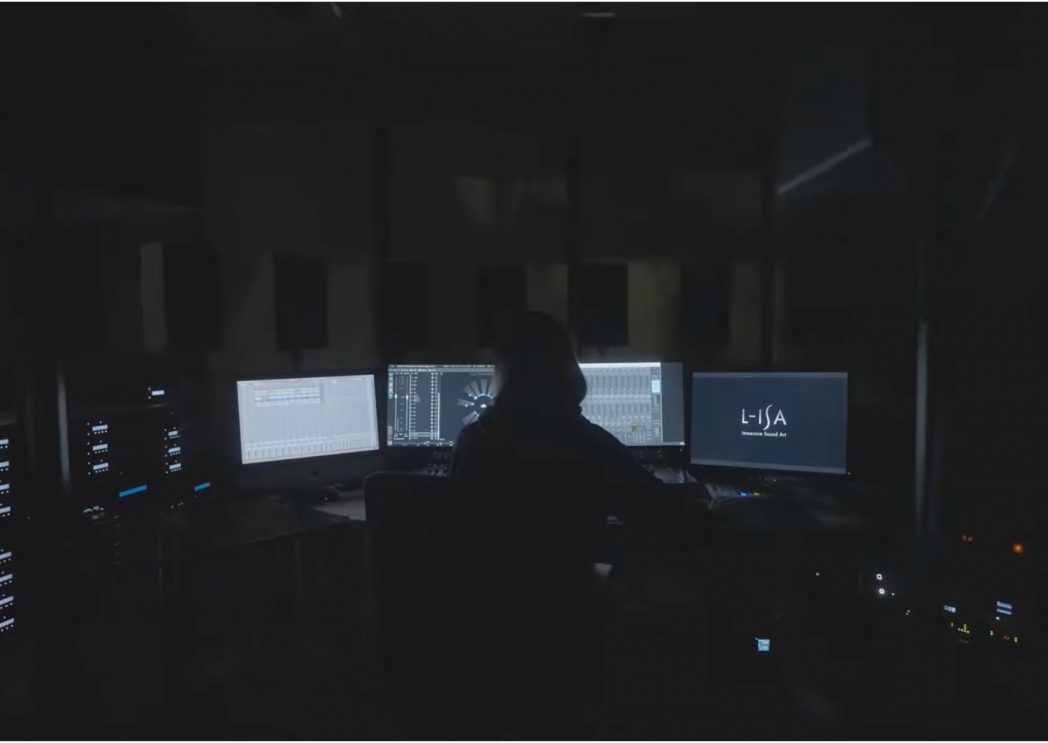 Tell us about your favourite piece of hardware.
I use the Roland / Studio Electronics SE-02 Boutique analogue synthesizer to create many of the lead and bass lines. It has the advantage of being an analogue sound but with digital settings, so I can store and recall patches easily. I also like the physicality of changing the expression of the sounds as I record in the audio.

And what about the software that you use for production?
I switched from Logic to Ableton Live about 5 years ago. I find Ableton very flexible to work on arrangements when I’m creating a track and then use session view to build a set for performance. This gives me the ability to trigger all of the tracks and play live over them. It’s also crucial for programming automation of the spatial sound and lighting show which is all driven by my MacBook. 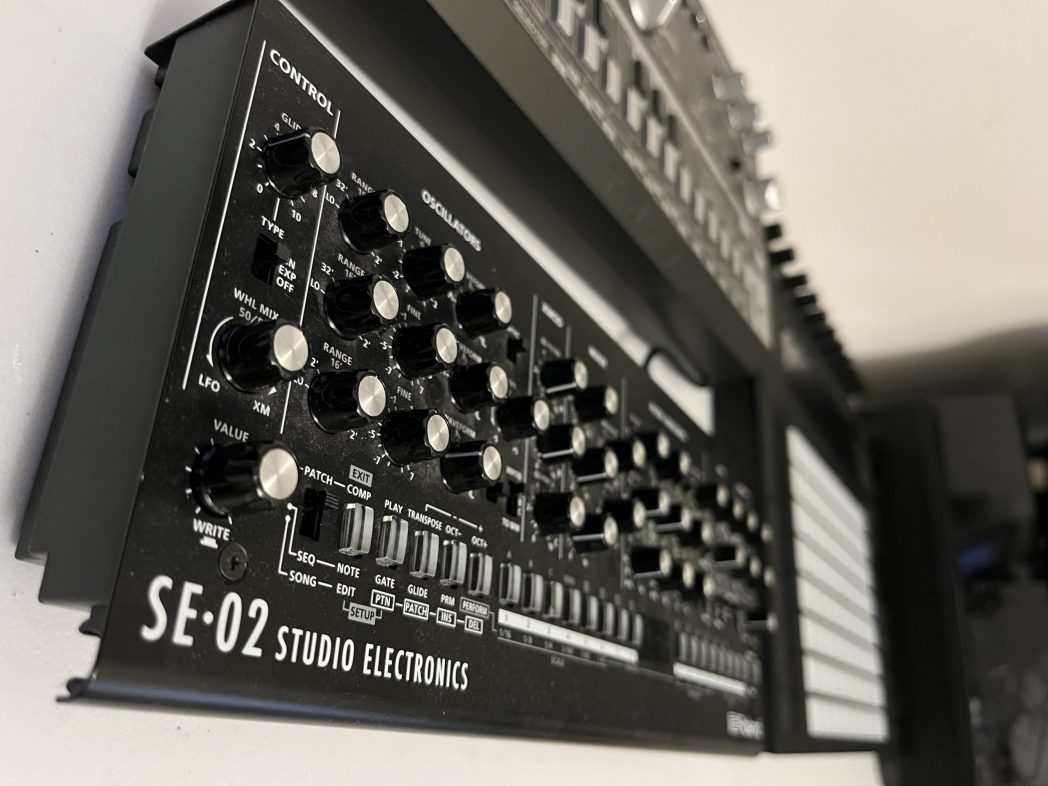 Is there a particular piece of gear that you’re just dying to get your hands on and do you think one day you’ll have it?
I’m actually really curious about the future of spatial sound and the tools being created to enable artists to use this live – I feel like these are going to emerge pretty soon. There are interesting companies like Intorno Labs that are working on new and intuitive ways for artists to interact live with a multi-speaker set-up.

Can you please share some aspects of sound design in your work?
A lot of my work is about treating audio in unusual ways and experimenting to find new and interesting sounds. I use a lot of samplers and creative plug-ins – granular tools like The Mangle or Morph by Zynaptic which can merge two samples together in a variety of ways creating something altogether new. 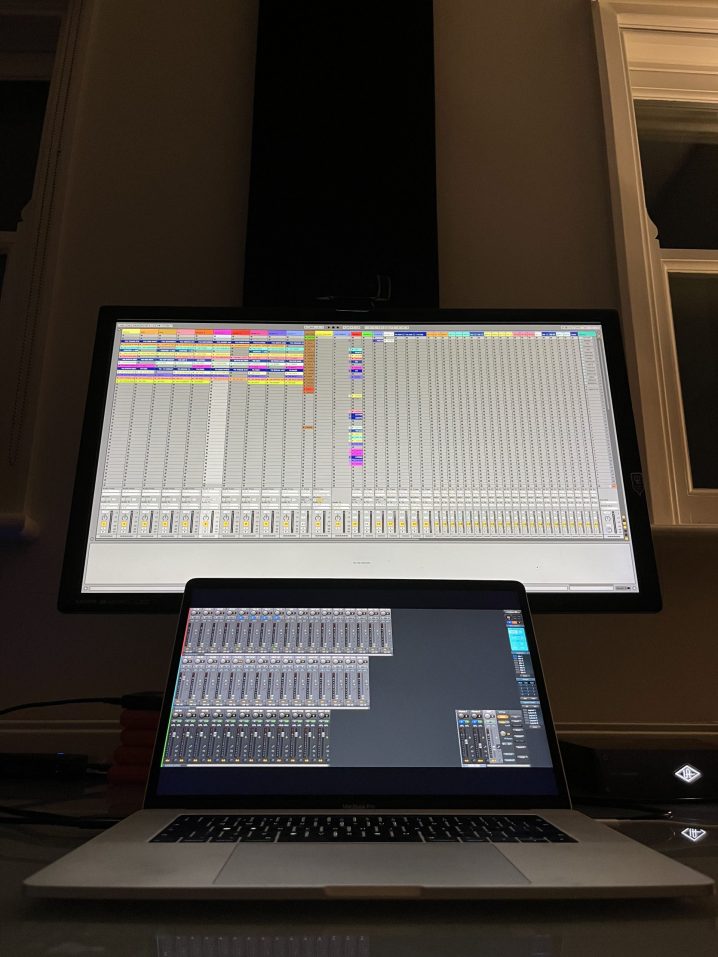 Any particular new techniques that you tried out for your new album?
I was inspired for the track FRACTURE in particular by the work of Davide Tomat (SPIME.IM) and also of Joshua Eustis (Telefon Tel Aviv, Second Woman) in the way they play with time and tonality so I was trying to create something that was off the grid and felt organic in structure. The techniques were fairly simple – e.g. attaching an LFO to the speed of a note repeat function for a sampled sound but then playing this against another sound with different timing and then using stereo movement for the impression of sounds circling around you in a hyperreal environment.

What does your live setup look like?
I keep the set-up pretty simple as I have all the immersive elements – lights, graphics and sound – to consider. The core of my live setup is running Ableton Live on the laptop and using Ableton Push 2 as a controller to trigger the set and also play certain elements live. Recently I’ve also taken the SE-02 out with me and plan to integrate more hardware over time. If I’m presenting the set in spatial sound then either I’m playing in a venue that has this installed or I hire in a multi-speaker set up which is placed in a 360 formation around the audience. Alongside the audio, I’m also running projections from a PC and the lighting is controlled wirelessly using DMX software. 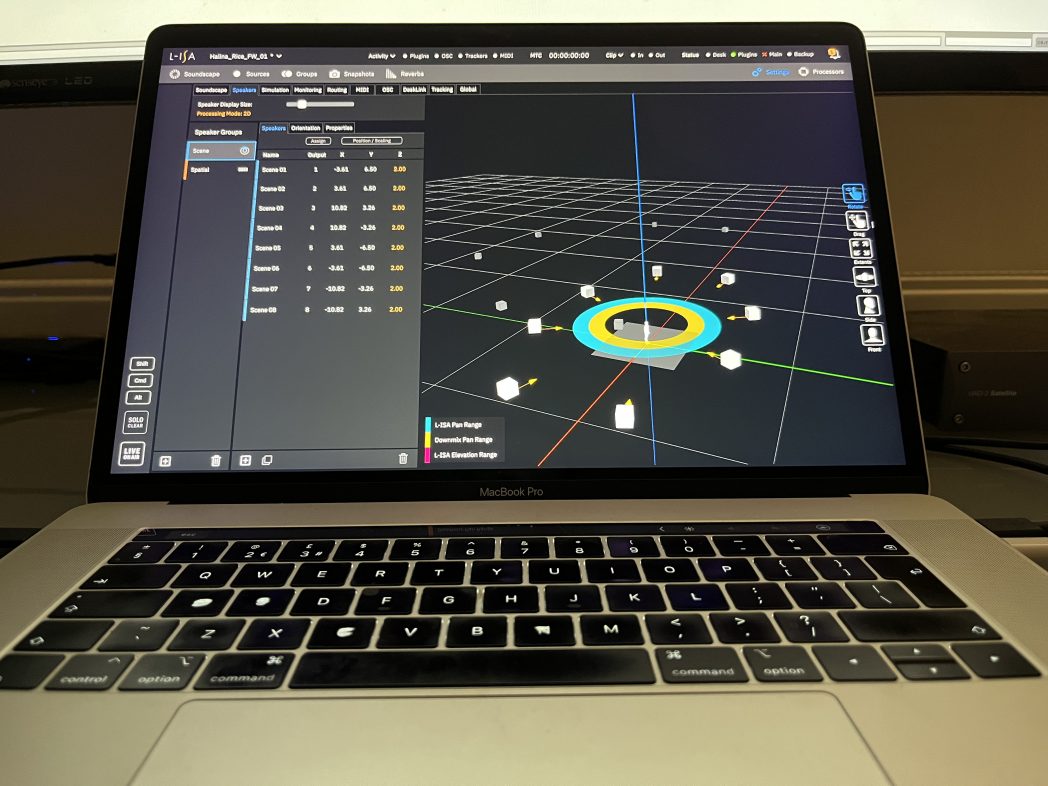 What is the most important environmental aspect of your current workspace and what would be a particular element that you would improve on?
Sound treatment of the room has been vital to improve my production standards. Ideally, I’d love to have a big workshop area with 360 speakers and space to set up lights and projections too.

What can you tell us about your overall process of composition? How are the ideas born, where do they mature, and when do they finally see the light?
Whenever I have downtime I create ‘sandbox’ files which are just for ideation. That might mean lots of time spent recording audio out of noise generators until there’s a piece of sound that catches my imagination and I build on and around that. I often then leave these files and come back later down the line when there’s a project I’m working on – hearing with a fresh perspective – and working them up into finished projects. 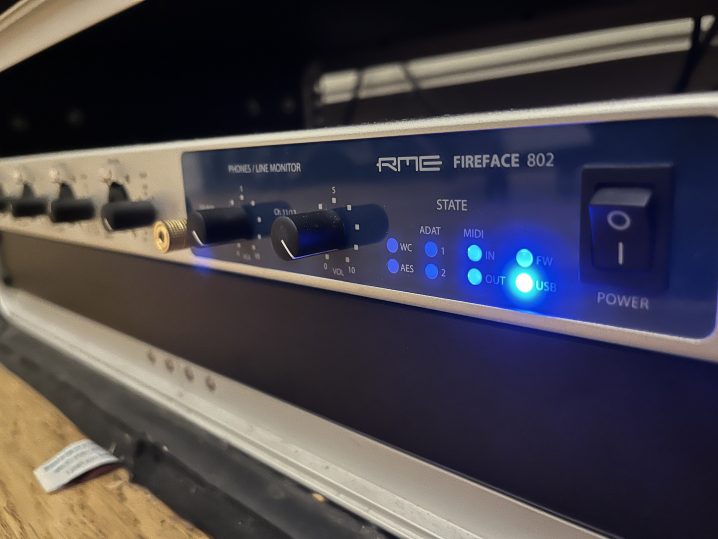 After the piece is complete, how do you audition the results? What are your reactions to hearing your music in a different context, setting, or a sound system?
Often when you’re working intensively on a project it’s hard to hear the result with any objectivity. The best thing – if there’s time – is to leave it for a couple of days and come back to it – I can then hear what needs to change in order to best bring out the musical idea. For this album, I also listened to the results in a couple of studios with different monitoring systems – all of which can be revealing. It’s also interesting to do this with someone else present – it’s as if you suddenly hear it through their ears.

Do you ever procrastinate? If so, what do you usually find yourself doing during those times?
I stare out of the window at my garden, which I like to think is an important part of the process. 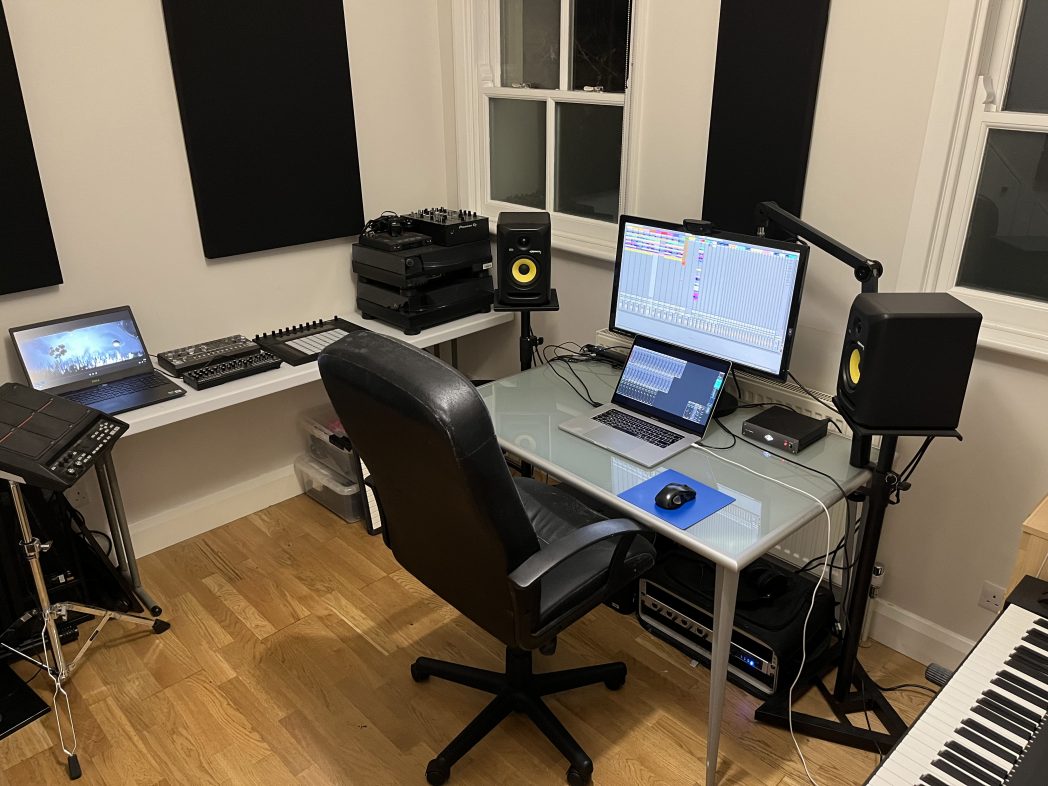 What gets you inspired?
Seeing live performances – this year Eartheater, Hatis Noit and Fennesz I found extremely moving and energising.

And finally, what are your thoughts on the state of “electronic music” today?
Electronic music is so wide with so many genres and movements I’m really interested to see what emerges – the use of technologies such as AI to generate new ideas will be an interesting one to watch.