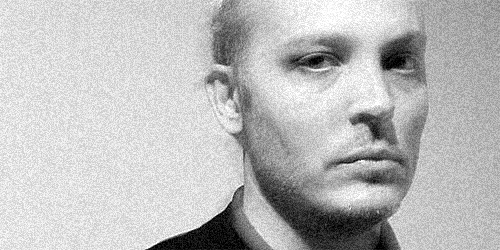 How do you feel your music fits in with the tone of the movie?
While writing and recording, I tried to adhere to two guiding principles: I knew that I wanted the music to convey a sense of fragility given the subject matter. And I also purposely tried to not overwhelm the film, wanting to provide them something that emphasized their ideas more so than creating some type of music video. George and Maryam asked me to concentrate on four different themes. Some themes I was better at than others. The ‘gloriousness of the bees’ was a tough one for me. Communicating beauty can’t really be forced. You don’t want it to become merely ornamental or trite. But the main concern was for the music to serve as a reminder as to how fragile this ecosystem is. We all need reminders how fragile the world is around us from time to time.

On this album you appear to work with themes that follow each other up a bit quicker. Talk a little about this shift in style and the transitions.
The main difference between this record and my previous work revolves around the tension between making a record and making music for a film. The two are not the same thing. Non-soundtrack work for me takes each side of a record as it’s own larger piece of music. There may be multiple pieces on each side of a record but inevitably, the roughly twenty minutes you have to work with often ends up informing the structure and flow of the music. Scoring a film is about conveying an idea within say three to five minutes or quite often, even less. It’s more about providing a change to facilitate transitions or mark moments with some significance. After scoring is done, turning it into a record feels a little bit like forcing your work into some sort of artificial collage. So when I listen to this record it seems way busier than what I’m used to primarily because of the demands of the film. Moods have a tendency to fluctuate a bit more than they would on a Lid record or even my previous record.

A Stars of the Lid film was announced about two years ago. Can you describe what kind of film we can expect?
The film-makers followed us throughout America, Canada and even a trip to Poland. I don’t really know what it will be like. We have to let Zak and Chad do their thing.

Are there any artists you would love to work with in the future?
This is a tough one to answer.

Tell us about your upcoming projects.
Three things I’m working on: a new Stars of the Lid release, a future solo album and a new popish project for me.

Stars of the Lid has been writing new material. We have been for a while. The next record will be grandiose in its design. We’ve been writing music for larger ensembles. It wouldn’t hurt for people to practice patience.

On my own end, I’ve have a record that I’ve been working on for around five years now. The pieces were an outgrowth of preparing for performances in support of When the Detail Lost its Freedom. I purposely chose to avoid using any of this work for The Vanishing of the Bees score because I wanted to exploit my reactions to their work as much as possible. Being respectful of their work for me wasn’t about using a previous piece of recorded music. I wanted my response to the substantive content of their film to influence my musical choices. But at some juncture the next solo record will be completed to which I’m under no illusions to race towards the finish line. You shouldn’t hurry patient music.

Bell Gardens is a project I’ve been working on for the last three years with a good friend of mine (Kenneth James Gibson) who also lives here in LA. It’s kinda a symptom of wanting to make music out of my normal comfort zone; to see if I could make pay homage to what I consider to be timeless music and do it any justice. The music gives me an opportunity to play around with stable time signatures, step-up chord structures, old keyboards, and orchestrate parts until I’m blue in the face There’s even beats and vocals on it! For me it’s more ‘experimental’ than any other music I create just because I’m stumbling through the learning process. But the content of the music itself varies between the structure of Roy Orbison song and something a bit stranger. We use a bunch of strings, horns, pedal steel and vocal harmonies to lush it up. Sometimes when we’re done we’re working with over a hundred tracks.

It’s been a great challenge but it’s one with many difficulties. We self-released (by creating our own label, Failed Better) a vinyl-only EP which came out in May (Hangups Need Company). And apparently it’s quite difficult to start your own label and break into the political economy for this kind of music. For performances, we’ve had as many as ten people on stage, which is quite a bit to juggle in practice. We’ve been releasing a series of re-mixes for the last couple of months: we did the first, Robert Hampton of Main/Loop did the second, Scott Morgan of loscil’s did an amazing version of Through the Rain from the EP which will be out in a couple of weeks and I will re-mix our version of Skeeter Davis’s End of the World, out in January.

And finally what kind of music do you have on rotation when you are at home?
It’s all over the map really. Lately I’ve been listening to: Roy Orbison’s Cry Softly Lonely One, The Moles Untune the Sky, Chet Baker’s Let’s Get Lost, Jack Nitzsche’s Three Piece Suite: The Reprise Recordings 1971-1973, and Stelvio Cipriani’s The Anonymous Venetian.