Dragon’s Eye Recordings is an imprint based in Los Angeles and curated by sound and visual artist Yann Novak. Originally founded in 1989 by Yann’s father Paul, the label has released over 70 editions in the fields of sound art and experimental music since being relaunched 2005 with a focus on electronic, electroacoustic, field recording, drone and acousmatic music and a well defined and elegant minimalist visual aesthetic for presenting them. This feature focuses on the most recent and highly recommended offerings created by Darren McClure, Miguel Isaza, Tobias Hellkvist, and Yann Novak himself. 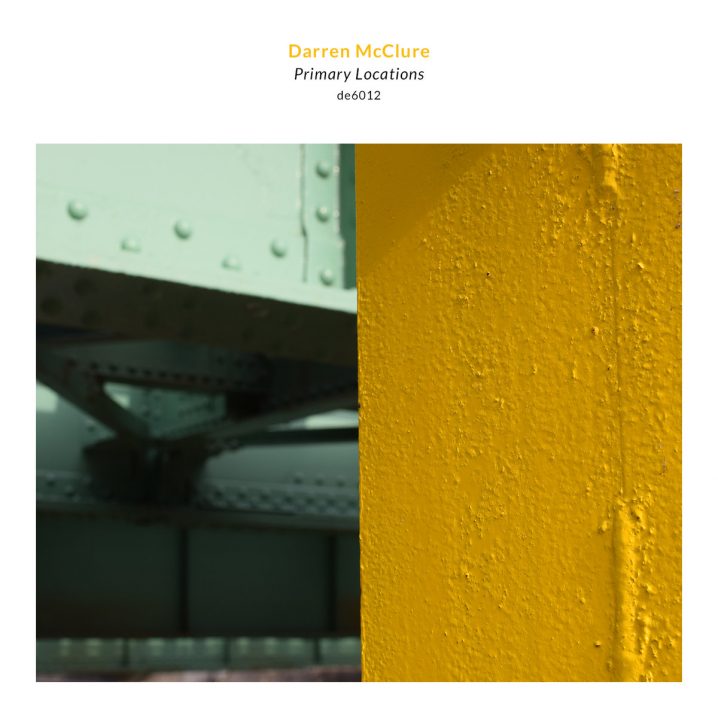 Originally from the UK, prolific sound artist Darren McClure is currently based in Matsumoto, Japan. Primary Locations, is a concept album of sorts – an experiment in the relationship between sound and light and converting wavelengths in the visible light spectrum to audio frequencies.

The unit used to measure light is the Angstrom, and the visible spectrum of light runs from about 7000A (deep red) to about 4000A (deep violet). The audio humans are able to perceive runs roughly between 20 Hz to 20,000 Hz, so these two scales can be converted. For Primary Locations the light range from red to orange have been converted to an audio range from 397 Hz to 431 Hz respectively. Yellow to lemon has been converted to 464 Hz to 497 Hz and blue to violet to 598 Hz to 665 Hz. These primary colors provided three sets of audio frequency ranges that would become the first components in the creation of new music.

The “red” location was the main bridge at Matsumoto Castle, the “yellow” location a metal overpass supporting train lines, and the “blue” location” a tarp-covered shed situated among farmland and rice fields. McClure then added sounds and layers to the field recordings from each location until he created a color coded sonic snapshot of each one. Would a synesthete see these colors on hearing the pieces without the benefit of knowing the concept in advance? I suspect they would. Interestingly, as the album moves up the spectrum, each piece gains about 5 minutes length. Most importantly, these are beautifully crafted and finely textured drones that are immersive and absolutely captivating. All in all, Primary Locations is both an intriguing concept and an exceptionally well executed one. 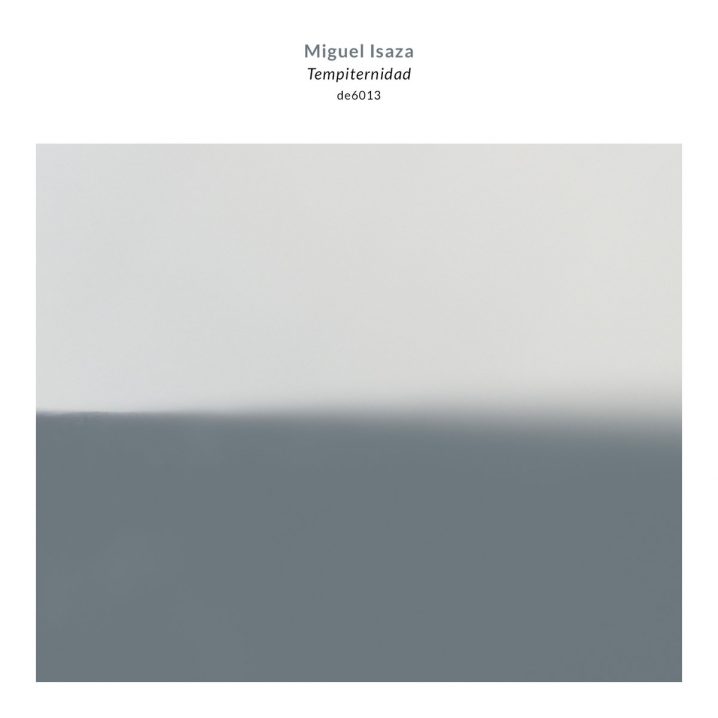 Based in Medellin, Colombia, Miguel Isaza has a multi-facted career as a composer, curator, and publisher which includes his own Éter label and a variety of collaborative projects, installations, and workshops. That creative energy and sharp sonic focus is reflected in his latest Dragon’s Eye offering, Tempiternidad. Created with a laptop and a handheld recorder between April and June 2015 in the mountains of Antioquia, Colombia, it is based on field recordings, found objects and instruments including flute and harmonica. Isaza fuses all these elements together in the service of a quest he conceived for the album which is hinted at in its title.

This work finds its main inspiration in the “tempiternal” aspect of sound and listening, evident in the sonic inter-connections happening over time states and scales but also in how temporal events are expressed through the sonic environment as such, from the quick microforms to apparently large networks. This results in a quest interested not only on how the sonic continuum evolves over time, but also how time itself is expressed through sound, valuing the relationship and rupture of time as a way of composing and listening.

Extremely nuanced, the sounds are pristine, crisp, and articulate. Drones are intertwined among the textural elements, providing a binding narrative flow, but there are stretches where they fade completely away, creating a transportive sense of environmental awareness. Tempiternidad is an album that listens as much as it is listened to, an exquisitely crafted collection that deserves to flow through audiophile quality gear to be fully appreciated. 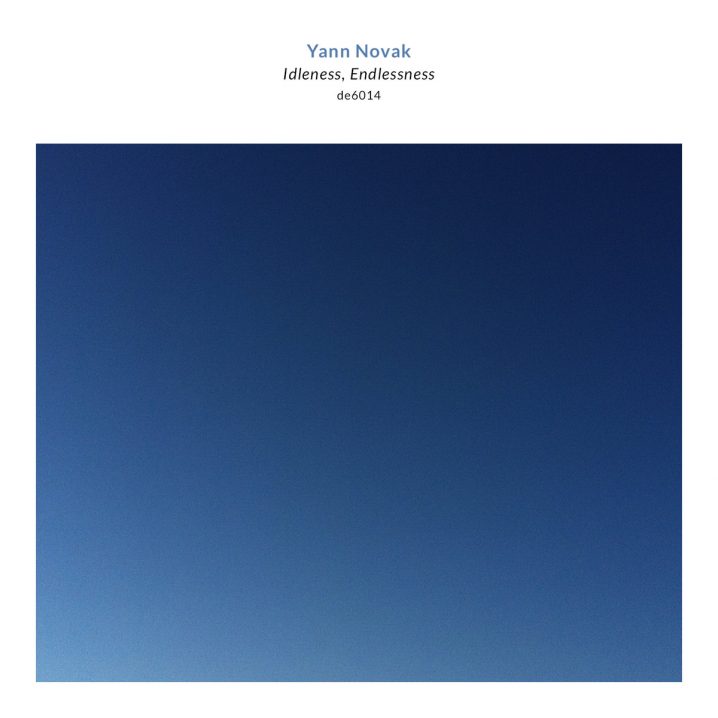 Yann Novak’s Idleness, Endlessness is a special release on the label that coincides with the 10th anniversary of its relaunch. At 2 full hours, it is offered exclusively in digital format. It originated from source material collected at an artist residency Novak attended in 2012 – synthesized tones, radio static, and a field recording of the wind. In keeping with the contemplative theme of the retreat, he developed this material both in studio and in live performances to help the listener arrive at a mindset best described in words quoted from poet/novelist Rainer Maria Rilke:

I have often wondered whether especially those days when we are forced to remain idle are not precisely the days spend in the most profound activity. Whether our actions themselves, even if they do not take place until later, are nothing more than the last reverberations of a vast movement that occurs within us during idle days. In any case, it is very important to be idle with confidence, with devotion, possibly even with joy. The days when even our hands do not stir are so exceptionally quiet that it is hardly possible to raise them without hearing a whole lot.” ― Rainer Maria Rilke, Letters on Life

The album is comprised of two long form pieces, each exactly one hour in length, a completely immersive journey that patiently erodes any resistance on the part of the listener, slowly washing away distractions and preoccupations until the stillness takes hold. To deepen the experience, they are designed to be looped creating a truly endless listening experience which Novak rightly asserts is “divorced from the engagement more traditional music demands”. Idleness, Endlessness is understated, but monumental in scope. You will get lost in it, but then that is exactly the point. 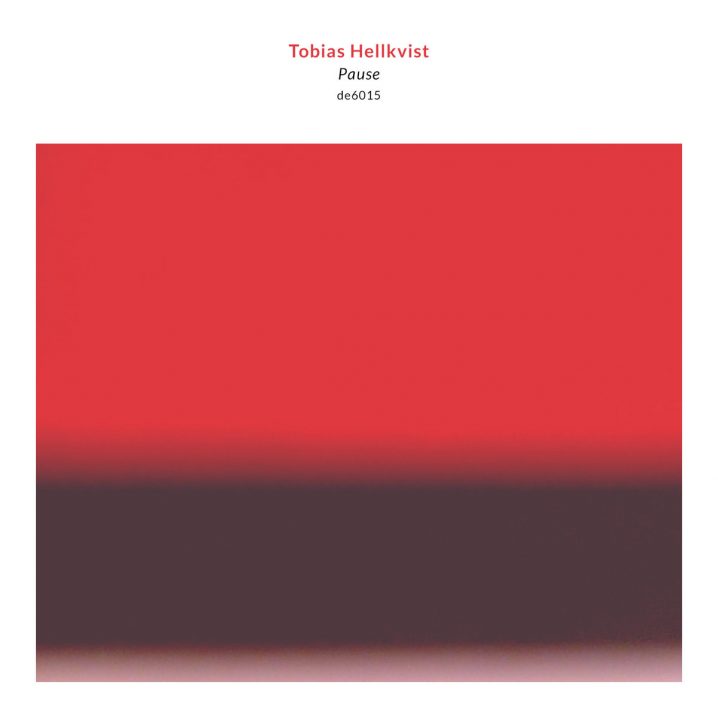 Tobias Hellkvist is a Swedish composer and sound designer whose ambient and drone recordings tend to be dense and cinematic, sometimes described as a “wall of sound”. Indeed, his (literally) immersive Cay EP on Dronarivm could be described in those terms. The very most recent release on Dragon’s Eye, however, finds him coaxing a more minimalist out of his archives for a well-deserved hearing.

Drone can mean so many things, but the tranquil sounds of Hellkvist are a special breed. His specialty: sonorous melodies that stretch ever so slowly into a gentle river of sound, like the peal of a bell that echoes indefinitely. Tobias has worked with a lot of different colors and timbres over the years, building layers of sound and tearing them down, but Pause finds him mining his archives, resurrecting a more minimalist work from nearly 10 years ago and breathing new life into it. – Yann Novak

Indeed, Pause is an immaculate accretion of shimmering and expanding layers of sound over the languid course of its twenty-five minute length – an ambient drone purist’s delight.