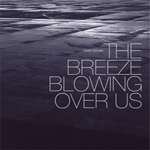 Infrequency Editions is a sub-label of Dragon’s Eye, the latter owned and operated by Yann Novak himself. The label was originally founded by Jamie Drouin and Lance Olsen, but after a brief hiatus, and introduction to Novak, it merged with Dragon’s Eye. Originally concerned with documenting live performances and sound installations presented through public concerts at a local gallery in Victoria (British Columbia), Infrequency also releases ambient and minimal studio compositions, as is the case with this recording. The Breeze Blowing Over Us is based on a simple recording of a fan, during one of the hottest days in Seattle. This recording is transformed into a 38+ minute composition that layers organic and synthetic sounds into a thick, brooding, drenched with tropical haze, and tense composition, with a slow movement of mechanically distributed air, worthy of its original title.

The piece begins with a moving onslaught of dense textures, inching its way into the foreground at a crawling pace. Muffled sound waves, resembling a pitched down ocean, or the rumbling of a gigantic vehicle passing through an underground tunnel, are offset by distant, high frequency robotic screeches of an alien species. I proceed with caution in the darkness, and feel ahead what must be the door handle. I guess this is where I enter. Suddenly, I’m fighting through the thick vegetation of sound. Soon I come out upon an opening, where the chords crawl up a mountain in a melting drone of lava. This expedition with sound enters a sacred circle of open mouths and stretched out hands, to lift the trapped spirit into the cloud of white noise, only to be spilled again in a form of frequency rain, at the foot of the mountain.

The atmosphere of this recording is tightly wound, condensed, drenched in suspenseful emotions, with a slight tingling of uneasiness. Some may even find this unsettling – but not I. I love dark and spooky. Descending deep into abandoned caverns of sound is my part time sport. For the same reasons that one replays those eerie horror movies, I return to Novak’s world, time and time again. Check out Novak’s extensive discography, with many limited and archival recordings of live performances on Dragon’s Eye. His attention to detail with the work on a label, and persistence at reinventing his sound has finally been rewarded – Novak has been noticed by Richard Chartier and is scheduled to release an album on Line in September of 2010.

See also Two and a Half Questions with Yann Novak