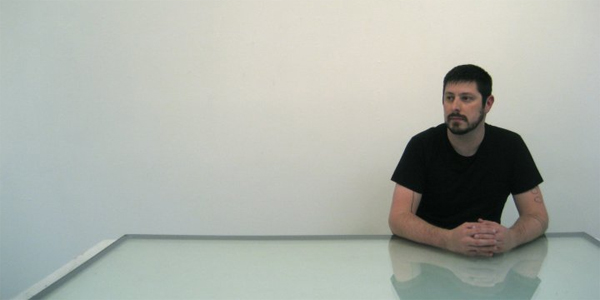 The Breeze Blowing Over was recorded during one of the hottest days in Seattle. Tell us about that day.
Well that day is kind of a blur, the piece ended up being about that weekend and what led up to it. That day was the hottest day that summer, that summer became my last summer living in Seattle and it was the first weekend I spent with my Partner. The story that led to that weekend’s importance started when I saw my partner for the first time in Montreal when I was there to perform at Mutek. He was attending the festival and being the shy person that I am, I was fixated on him through the festival, but never got up the nerve to talk to him. I repeated my modus operandi later that year at the Decibel Festival in Seattle, again seeing and never interacting. We finally met in San Francisco at a performance he has organized which sparked a long distance dialog which would inevitably lead to this weekend in Seattle when we would spend some time together for the first time and inevitably be one of the catalysts for my relocation to Los Angeles.

So you sampled the sound of the fan, and then what?
With all my work I am interested in starting from a simple, often autobiographical point and intend to transform it into an experience for the audience that conveys my emotional state at the time the source was conceived. So I started with a 45 minute recording of my boxfan in the window, and altered it in every way imaginable, making variation after variation. Then when the recording could not bend anymore, I start to listen to all this material and see what sounds will become pieces that will help in accurately portraying this emotional state. Then the actual composition is built from improvisations with these sound in my studio, fitting things together until it sounds like an accurate portrait of how this experience felt to me.

What would you say were the aspects of that particular environment that had the overall effects on the atmosphere of the album?
The album was about more then just that day as I said earlier, so though there are moments in the piece about that blissful afternoon on that hot day. There were also allot of darker uncertain moments represented that led up to that weekend. In a more literal sense allot of sounds from that environment made it into the piece. The original recording was quiet rich with sounds since I lived in a very busy part of Seattle. I was by the Puget Sound so there are allot of seagulls filtered through the whirling blades of the fan, people talking and communing, bussed coming screeching to a halt and there motors rumbling as they started again. But of course the fan was the most significant because Seattle has a very short summer, so using a fan is not the norm there, and 90+ days are even rarer, so that fan cranked on hi what quiet an anomaly.

What are some of the production techniques that you use to achieve the desired density of sound?
I have no idea. In my own practice I am really concerned with the conceptual content and the emotional content that is conveyed to the audience in my work. I have always believed that getting to far into the technical side of working with the computer will distract me from my goals. So I have made a conscious effort not to learn what I am doing. I use a DAW and I have a million effects that process the sound, but what those effects do it a mystery to me, and I never save any of the processing chains after I am done. I really want to be unencumbered by the technical stuff and just concentrate on the concept and how the sounds make me feel or will make the audience feel. Because when those two things are in harmony, I know I am going in the right direction.

How did you decide on releasing this album on Infrequency vs. Dragon’s Eye?
I started Dragon’s Eye to release my own work and to build a community of artists around me that were at the same point in there careers, but at some point I felt like that goal had been achieved and Dragon’s Eye had actually gotten bigger and more popular then I had ever imagined. I had also imagined Dragon’s Eye as a launching pad, where artists could release a record or two and then move on to bigger and better things. So I felt I had to adhere to that goal as well, so I started to look outside Dragon’s Eye for publishing possibilities. At that point Dragon’s Eye and Infrequency were completely separate entities, so I proposed the piece to Jamie Drouin who runs and curates the label and it went from there.

I also felt that since Dragon’s Eye had gotten bigger and more popular then I had ever imagined, that I had a responsibility to the community that supported it to share that success with as many emerging and mid-career artist as I could. The label operated with very modest means, so every record of my own I release is a record by a talented artist out there that I can’t release.

Tell us about your upcoming release on Line.
My Line release is a piece called Relocation.Reconstruction. Its a continuation of the concepts portrayed in my Relocation exhibition in Seattle last year. The exhibition was about my move from Seattle to Los Angeles and consisted of three installation: Relocation.Vacant (about leaving Seattle), Relocation.Mobile (about the drive down I-5 between the two cities) and Relocation.Dislocation (about the experience of arriving in Los Angeles.) These Installation were about these specific experiences and how I felt in the moment. Relocation.Reconstruction is about the journey after I got to Los Angeles and realized the process was far from over. Its about a more internal transformation, that takes much longer then those physical events of moving and is happening no matter where you are. Instead of making new recordings I used the sound from the previous three installations as a starting point to illustrate that this new work is part of that process, but the time spent living here and reflecting on the experience had changed how I though and felt about the move, each city, and who I am as an artist.

See also Headphone Commute review of The Breeze Blowing Over Us