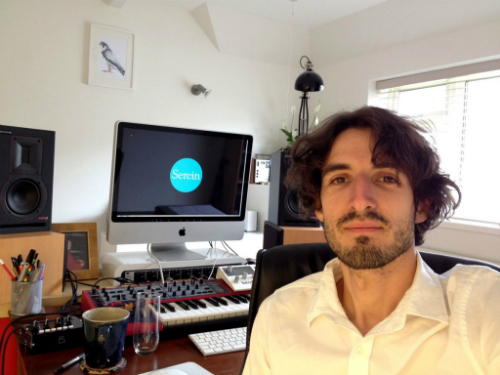 ‘Serein’ is an archaic word meaning ‘the supposed fall of dew from a clear sky right after sunset’. However, nowadays we identify this delicate dew as Huw Roberts’ exceptional record label based in Wales, the United Kingdom. The label was founded in 2005 and its original output was to release music for free, but according to the website ‘in the interest of continued growth, a decision was made in early 2009 to explore some carefully considered commercial avenues’. Serein focuses on quality over quantity and constantly tries to discover talented musicians and promote fresh shapes of sound. Huw – the heart, brain and ear of Serein – shared some thoughts with us regarding his artistic background and genuine love towards music and creativity.

How did you first get involved with music?
There were musical instruments around me from a young age, my sisters, both older than me, were learning piano and violin before I was able to, but I used to sit at the piano and just play random notes when I was five or six. I started piano lessons myself when I was seven. Then I had violin lessons at school which I didn’t enjoy much – I didn’t keep up with those. I wasn’t keen on the academic aspect of piano lessons, but I liked experimenting by myself and coming up with little melodies. When the internet arrived, I got involved with the tracker / demo scene, I was in my element downloading files, changing them, using samples and starting to make music that way. That community was very inspiring and I’m very glad I was involved in a small way – I’m not sure I’d have been so involved with music for all these years without it.

When and how did you get the idea to give birth to Serein?
While at university. It was actually supposed to be a group for putting on parties (the kind out in the woods with loud music), but I wanted it to be a bit more thoughtful than the rest. That was basically never going to happen, but I loved the name and I wanted to do something with music. As I said, I was already involved with the tracker scene and there were lots of inspiring netlabels about – I decided to start my own using the Serein name.

How would you describe the sound of Serein in 5 words?
“You can’t guess what’s next”.

What is the concept of the label?
There is no concept, I just know when something’s right for Serein. It doesn’t have to be a particular style, just something that grabs me – I can’t really say what that ‘thing’ is, but I know it when I hear it. Maybe in ten years time when there are a larger number of releases to pick through, themes or trends will become apparent – I’ll pretend there was a concept all along then.

How do you usually find and select the artists that you’re going to sign to your label?
Sometimes I contact a producer or band that I like and ask them if they’d like to get involved, like Colorlist and Hauschka for example. Other times I’ll get sent a demo I enjoy and it goes from there – Brambles and Imprints both came out because of great demos.

What do you find the most stimulating / disappointing thing about running a label?
The most stimulating thing is the creative aspect of putting a release out. I produce all of the artwork myself and all of the design and development associated with the website. I enjoy that – I like making things, anything really – I just love making something from nothing, crafting it, refining it and completing it. It’s very satisfying. I’m also very lucky to have a loyal group of supporters, there are people who’ve been following the label since day one, I’m extremely grateful to them. Almost ten years on, it’s incredible to think that people are still stimulated by what we do, that in return feeds me and makes me want to keep going.

A lot of time goes into each release, probably more than people realize, so it’s very disappointing when somebody’s music does not get the attention I feel it deserves. Getting good reviews is difficult, I don’t necessarily mean positive reviews, but ones where it’s obvious the writer has devoted a good deal of time and attention to the piece. I suppose when you give so much of your time to something, you want the same in return – but I can’t grumble too much, on the whole, things are good.

From 2005 to 2009, all your releases were made available for free download. What has changed in 2009?
I guess after four years, I just wanted to take things up a notch. Things had become pretty quiet with the label, but I didn’t want to just let it peter out. I decided making and selling physical items was worth a shot. The first thing we put out was ‘Retold‘ – a reissue of mine and Otto’s EP from 2007 I think, with new pieces. It was a lovely six panel digipak and it did really well, this gave me the confidence to keep going. 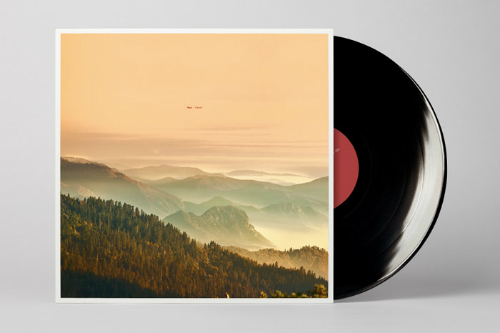 Do you think that in our digital era the non-musical elements – eg. album artwork – are overlooked and not appreciated enough? How important are these kind of aesthetics for Serein?
Firstly, these aspects are extremely important. As I’ve mentioned, I produce all of the artwork for each release myself, I do all of the design work and manage all aspects of the design and development of the website. I can’t imagine anyone else doing this as I have too clear an idea of how I want each element to be. It’s a lot of work, but I enjoy the process of refinement. Little things like how the spines of the CD releases have become more refined over time make me happy. I guess very few people notice these things, but as they say, good design is transparent – so that’s okay. I guess that answers the part about them being overlooked or ignored – I’m okay with that, I think that people probably connect with it on a more subconscious level. I mean, if I put out a release with a hideous, ugly cover – then I expect I might hear complaints, because people expect it to be a certain way.

What does a ‘regular day’ look like at the Serein ‘office’?
I work for myself as a web designer alongside what I do with the label. So right now I’m in my home office. Despite most of my time here being spent on web work, it’s full of musical instruments and equipment. Underneath my iMac is an eight channel audio interface, I can reach out and touch three synthesizers from where I’m slouched and my screen is flanked by studio monitors. Obviously, my passion lies with music so it’s amazing being able to ‘work’ on Serein for a few days here and there. The rest of the time I’m making music myself, in fact, that is my main priority right now. So right now, a regular day involves breakfast, coffee, then straight to this room to make music.

Are there any artists you would secretly love to sign to Serein?
Actually no, it’s more exciting when I get a brilliant demo from someone I’ve never heard of. I like that part of running a label, discovering new musicians and giving them a platform for their music.

Do you have a personal favourite among your releases? Which one are you the most proud of?
There’s no way I could pick one, I like them each for different reasons. It’s an honour to work alongside such talented people – every single release on Serein is as important as the next.

Do you remember a particularly wonderful moment in the history of the label?
The response to the reissue of Retold in 2009 was incredible – that was really special! I guess it sticks in my mind because I was one of the writers, as well as the label manager. More recently, Mary Anne Hobbs playing Imprints on two of her shows was great – I think she’s always been positively involved with music, I like what she does, she plays good music. It was rewarding to have her back Imprints when others were perhaps a little slow to pay attention.

What kind of advice would you give to someone who is interested in starting their own label?
Do it for the love, man. Also, make sure you have another means of income.

What are the latest news at Serein? What should we keep our eyes and ears on?
The hot news right now is the five-year anniversary reissue of ‘Retold‘. I spoke about the CD we put out in 2009, now we’re doing it again on vinyl. We’re crowd-funding it and it’s going well. I have received nearly 100 advance orders which will allow me to press 250 copies. Besides that, be on the lookout for more new music soon. Thank you for this opportunity and thank you to everyone who’s supported Serein over the past nine years. I’ll have to do something special for the ten-year anniversary, that’s for sure.

Huw put together a thirteen track compilation for free download at the end of May – consisting of solely Serein releases, available as a Soundcloud / Bandcamp download.

Also, check out our Serein Label Special profiling some of the releases from 2011