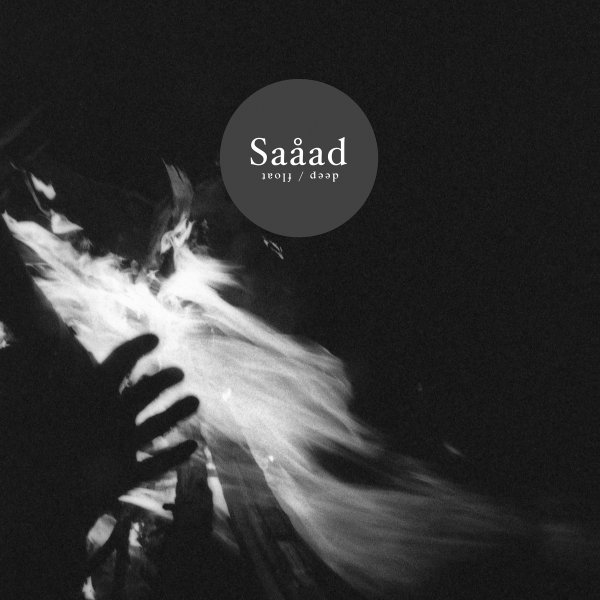 Once upon a time, a vinyl release was taken for granted; now it’s a goal to which artists aspire. After numerous releases over the course of five years, Saåad [comprised of Romain Barbot and Greg Buffier] has finally scored its first LP. We share in the duo’s joy, not only because we love records, but because the format once again seems to be the wave of the future rather than an artifact of the past. Thankfully, Hands In The Dark, an independent label based in Besançon, France and London, UK, steps up to the plate to offer the honors.

On vinyl, the drones are deeper and the reverberations stronger. The thickness of Saåad’s music is given full opportunity to wash over the listener. The album title nods to the mood of the music, as well as the listening experience. Yet the track titles share a sense of sullen detachment: “Alone In The Light”, “Giant Mouth”, “I Will Always Disappoint You”, “After Love”. Imagine how The Bodyguard might have been different had its theme song been “I Will Always Disappoint You”. Such is the plot suggested here, an inversion of expectations.

“The record is broadly inspired by [Saåad’s] week-long auditory experiments at the Faï farm in 2013 where, in a valley at the foot of the Alps, they improvised music in a completely natural atmosphere using three giant horns reverberating against a cliffside to amplify their sounds. Over the following six months, the duo decided to carry on reinventing their writing. They have stripped their rig right down to its bare skin, exploring the essence of their work and coming up with an extremely minimal, almost carnal approach to their music.”

The tracks bleed into each other, offering no break from the relentless oppression of the heart. Yet they are distinguishable by shades of blackness. “Alone In The Light” opens with metallic scrapings, reminiscent of Job’s pot sherds. Humming is evident, as if the protagonist has entered a place beyond words; but it swiftly dissipates, as if he has lost even the strength to hum. Dust motes seem to tumble in slow motion through the sonic light, reflected in physical fashion as the dust caught in grooves. By the opening minute of “Giant Mouth”, something seems to be crumbling: resolve, determination, courage? Or is someone poking through the rubble of a relationship, desperately looking for something to salvage?

It’s easy to view the last three Saåad albums as a triptych. Confluences (2012) is the album of the spirit, Orbs and Channels (2013) is the album of spiritual struggle, and Deep/Float is the album of spiritual loss. This is not the story we expect, yet it’s a common story, infrequently told. The disconnected ear wants a happy ending sticker, but we don’t get one. We’re supposed to say, “after love, everything is great! We pick ourselves up and try again ~ and that’s when we find our true love! In retrospect, our earlier suffering was a favor!” We might be better off hearing the truth: that despite our best efforts, sometimes love does not work out, and the loss echoes throughout our lives. Ironically, this truth is less damaging than the encouraging lie. The choral elements in the closing track provide an unusual coda: not the choir of consolation, but the choir of deep sorrow, singing the body to its eternal rest.

Words by Richard Allen of A Closer Listen