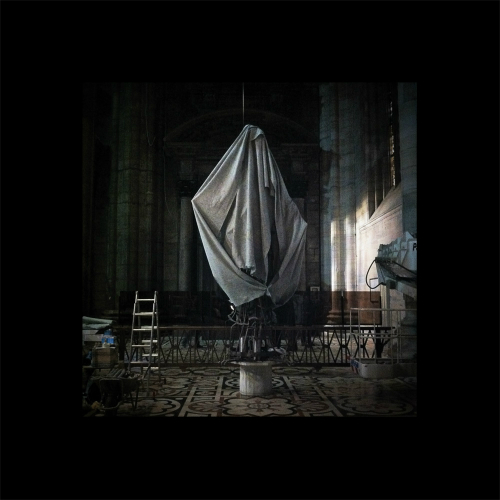 The first thing by which I’m struck on Tim Hecker’s latest outing is how much his real-time collaborations with Daniel Lopatin seemed to have affected his process. Virgins is certainly his most performance-oriented album to date, his sound having shifted shape considerably from the faint cirrus clouds of his 2001 debut. At the core of that distinction is Hecker’s invitation for several players to join him in executing the music on Virgins, including talent from Iceland’s Bedroom Community roster such as Ben Frost and Valgeir Sigurðsson. Even Paul Corley appears in the credits as a sound engineer on this yet another, Kranky release.

There is a stop-start quality (in many instances swiftly crossfaded) to some of these tracks that makes them feel like fragments of ideas or stream of consciousness. They don’t necessarily glide into one another as suites like on his Harmony in Ultraviolet (Kranky, 2006) or Ravedeath, 1972 (Kranky, 2011), but instead seem to often simply start and then, just as abruptly, disappear. Even the two-part “Stigmata” that falls toward the end of the album is broken into 2 completely separate halves.

Opening track “Prism” is not only appropriately named, but it also sets the tone quite well in distinguishing Virgins from Hecker’s prior repertoire. Its swirl of sound comes in like an overture, segueing into “Virginal I,” a rhythmic pattern of fortissimo piano chords that feels like a clever diversion from his earlier Dropped Pianos release in 2011 (with a welcome reprise as “Virginal II” later in the album). As it dissipates into something more atmospheric, like the residual images from waking from a strange dream, it also sets the tone even more that this is an ensemble and not just Mr. Hecker alone.

“While this album remains committed to a painterly form of musical abstraction, it is also a record of restrained composition recorded live primarily in intimate studio rooms.[…] At times it points to the theological aspirations of early minimalist music. But it is not ‘fake church music’ for a secular age, rather something like an attempt at the sound of frankincense in slow-motion, or of a pulsing, flickering fluorescence in the grotto.”

The electric dissonance of “Live Room” sounds very much like players improvising off one another, again recalling Hecker’s collaborations with Daniel Lopatin last year; it shares the same combination of melancholy and otherworldliness. Thankfully it’s not all boundless sprawl. “Black Refraction” provides some tender respite in the center of the playlist, again mainly piano but quieter, more introspective. The final stretch of Virgins, consisting of the aforementioned two-part “Stigmata” and closing track “Stab Variation,” is an abstract sort of dénouement, hazier and more elusive than the front half of the album. It doesn’t end with a murmur, but rather an oblique reflection of the swirl that kicks off the album.

Virgins a fairly different beast from the rest of Hecker’s discography, reeling in more dynamic and more taut than ever before. The juxtaposition of chaotic improvisation and layering of recorded sessions with his collaborators lends the album a more ambitious slant, feeling spatially informed by process rather than so intimate or small as his earlier output… it also feels less obviously manipulated compared to, say, the sputtering effects of Haunt Me or the crinkly patterns of Mirages. Instead, Virgins is vibrant and alive, unpredictable and flawed, and undeniably human.