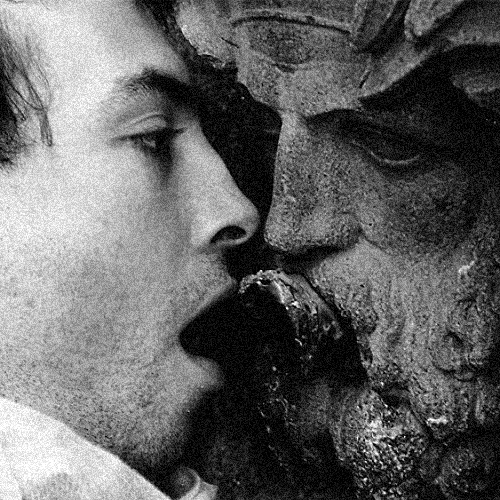 Nothing that is past is an object of choice. No one chooses to have sacked Troy; for no one deliberates about the past, but about what is future and contingent, while what is past is not capable of not having taken place….
— Aristotle, Nicomachean Ethics

The pleasure of returning to happy, beautiful art is straightforward. Such beauty can uplift, comfort, and illuminate. It is essentially a positive phenomenon, something that it is pleasurable to experience for the first time, and to revisit subsequently.

But revisited tragic art works differently. Aristotle and Edmund Burke first mapped this terrain: tragic art furnishes catharsis or purification, and sometimes audiences draw from it a salacious joy in watching hardship befall others. This is true, but today’s technologies afford an experience not possible for either Aristotle or Burke: that of revisiting tragic art, even gorging oneself with repeated listenings, readings, and viewings of tragic art. What draws us back? There is a thrill in anticipating the dissolution we know is in store. The first time we encounter a tragic work, our ignorance of its outcome vouches for the purity of our intentions. We may even momentarily believe that the events of a novel, film, or recording are happening for the first time, that they are not predetermined. Their illusory contingency gives us leave to feel sincere emotion at their conclusion, so shock at Emma Bovary’s suicide, desolation at the muted conclusion of Boards of Canada’s Tomorrow’s Harvest. And for me, melancholy at the operatic drama in Tim Hecker’s work, especially his latest album Virgins. So when we return eternally to a tragic artwork, is our motivation simply Schadenfreude?

I feel that there is more to our returns than sadism. Consider the preeminent medium of the return, the recording. Recordings are laboratories for studying how we re-experience art because we can listen to them again and again, enjoy their meandering triumphs, tragedies, and disappointments with the assurance that we know exactly what will happen. The mp3 does not do justice to our penchant as much as the twin circular phonographs, the record and the compact disc. Their circular shape recalls the Aristotelian model of the cosmos, with Earth at the center and other celestial bodies revolving around it. Early records were engraved with a spiral indentation whose last smallest revolution ended in a cul-de-sac, forcing the needle to jump backwards to its penultimate orbit, effectively closing the circle. If left unattended, such a record could play its last moments repeatedly, forever or at least until the electricity died. I ask you to regard recordings as orreries, mechanical models of solar systems whose orbits are already mapped, foregone conclusions.

The sixth-century poet Boethius wrote his Consolation of Philosophy while awaiting execution for treason. In it, Boethius rails against the fickleness of Fortune and her spinning wheel that raises a man only to fling him down. When Boethius asks his confidant Lady Philosophy whether God predetermines existence, Philosophy responds with an extended metaphor explaining human behavior as the relationship of celestial bodies to an unmovable center. Because Boethius adhered to a geocentrism derived from Aristotle’s, that center would have been Earth, with the moon, planets, and Sun all orbiting in perfectly circular trajectories. Philosophy states that this unmovable center is God, the seat of providence, literally seeing forward into the future.

Boethius saw the universe as a series of concentric spheres of movement, with each celestial body rotating about the fixed point of Earth. The motion of these bodies creates sound or, for Boethius, musica universalis. Wisdom demands reconciliation with God’s plan, and since God was the unmovable center of the universe, the wise man does not try to break free from his orbit around God. The closer our orbit to the center, the closer we remain to the “stable simplicity of Providence”; the further our orbit from the center, the stronger the “chains of Fate”.[1] Therefore, freedom results from harmonizing ourselves with God’s gravitational pull. One can only speculate as to how Boethius’ universal music would have sounded. To flesh out my metaphor: suppose that Hecker’s albums are Boethian orreries with their looped motives like bodies circling the Earth, or God. Hecker’s albums Imaginary Country and Harmony in Ultraviolet each contain first and last tracks that are essentially identical, meaning that back-to-back repeated listening would suggest seamless continuity from end to beginning – a perfect revolution. Several Hecker albums pit development against repetition. Hecker’s music develops through track titles and drama, but repeats itself through loops of short and long duration. The pleasure in returning to tragic art amounts to the pleasure in contemplating this astronomical clockwork. The vagaries, the incidental details, the untold number of little things that could have happened differently and yet must conform to that “citadel of oneness”, as Lady Philosophy calls it – all these things are subject to the Fate peculiar to the foregone conclusion of the already-made. An artwork revisited, whose orbit is as familiar as the lines on the face of one’s beloved, travels a spacious arc across the heavens. With each successive rotation, we come to know and love it more, and also to develop ever great appetite for its twinges of pain and disintegration. I have listened to Hecker’s Ravedeath, 1972 perhaps over two hundred times, with its fragmented, noise-saturated opening of synths, forlorn Icelandic church organ, and piano. I listen today as I have listened every time before, from the time I realized I knew the album more or less by heart. Each time, I hear the same events as a thread, a tragedy, although no story line is necessary. The music is too good to require a program. My love stems from the fact that I know every turn of the piece, that it is an exquisite tragedy always ending the same way. Hecker’s albums are mechanical models that invite scrutiny with each additional listening because they are beautiful and because they end tragically. The recording spins, celestial bodies circle around, and Fate sits unmoved.

Ravedeath‘s “In the Fog III” contains two organ lines: a fast alternation between two voicings of the same pitch, and a slower cantus firmus, a simple argeggiated chord. The texture is eventually overridden with amorphous singing, organ undulations, and noise. The first time I heard this, I believed the falsehood that there was a drama unfolding before me. The second time, I began to recognize certain events, but the novelty was still pervasive. By the tenth time, the recording grafted itself onto my memory, with the trajectory of its orbits assuming a sort of normalcy. Of course, they will sound this way, and conclude in this manner. The only freewill in the tragic artwork is in the listener’s resignation, even acquiescence to processes she knows will end badly. There is no need to be a semiotician and impute agency into musical figures. The actors are we who revisit the artwork, happy that Fate will deal out no other outcome. In the tragic artwork, no new possibilities emerge. Tragic art contains its own apocalypse, well-known in advance.

So as this Boethian metaphor intimates, the moments of centripetal stasis, of resignation to providence, are not the most alluring quality of Hecker’s music, although they are quite beguiling. No, we listen repeatedly for the snatches of Icarian gumption, when a motive or theme suggests that it is possible to break away from the gravitational pull of Fate. Of course, to break away is impossible, and we listeners already knew it. Fate pulls initiative back down in its riptide. There is no redemption, and this is why tragic art draws us back. “Live Room” and “Live Room Out” are the centerpiece of Hecker’s latest album Virgins, and they illustrate this phenomenon as well as any of the best passages in his catalog. The former track seeps in tentatively with virginal keyboard as well as harmonium and room noise. The tide then flows with synths droning the ostinato, a chord progression that is lugubrious and beautiful enough to confound reason. Hecker’s sort of beauty possesses a sort of imperiousness, a medusa-like power that tears at our hearts rather than turning us to stone. But this beauty resides in the false supposition that it is possible to jump the track, to leave the engraved path. We savor the escape attempt every time we return, precisely because we know that escape is impossible, that Troy will always fall.

Exclusive Article by Joanna Demers for Headphone Commute.
Joanna Demers is an Associate Professor of Musicology at USC Thornton School of Music. She is an author of Listening Through the Noise: the Aesthetics of Experimental Electronic Music (Oxford University Press, October 2010) and Steal This Music: How Intellectual Property Law Affects Musical Creativity (University of Georgia Press, 2002).