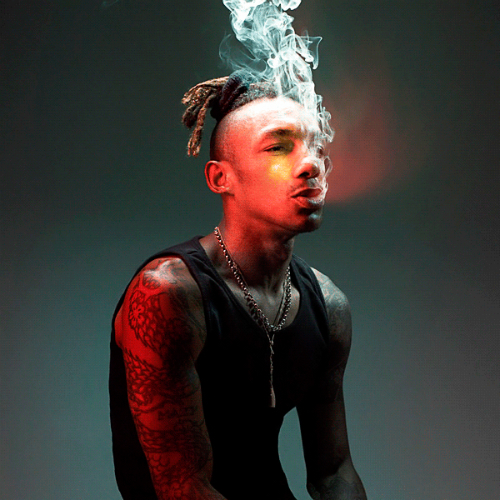 Why do you think music has kept you hooked for so long?
Because it’s my life. I’m not an artist as such. I meet celebrities and to them, it’s a job. But to me, making music is like eating or breathing. It’s a totally natural thing for me. I did a bit of acting and I could have taken it further, I had an agent at one time. But I didn’t feel like doing it forever. Music is a constant with me. I met a kid who was in a coma for ten days and his mother and father played my music to him. And he got well again. Or, where I live in Paris, there’s a couple who have a kid. They came up to me and told me: This kid was made to your music. And they’re not the only ones. To me, that’s what music’s about. If I can help someone, that’s what I’m here to do… I don’t understand how that works. But if it does help, I should be doing it.

Are there things you can only express through music?
For one thing, I can’t help anybody through acting. If I’d become a successful actor, I don’t think anybody would come up to me and say: I’ve had big depressions and then watching your movies made me feel better. I’m not money-orientated and I don’t care about fame, so why would you bother doing it? You have to have a reason to do anything. Everybody says I’m dark, but I’m quite sensitive towards people’s feelings. And I’ve been very lucky to be able to do music, travel around the world… It’s a gift and I think you have to give back. You can’t just keep taking.

Before you met the guys of Massive Attack, though, you were a listener, not a creator, correct?
I was a total listener. Always had the headphones on, listening to the same thing over and over again. And then hip-hop came. I’d already started writing before hip-hop, but I didn’t know what to do with it, I just had words. I wasn’t a singer, I wasn’t a rapper. So I did kind of what you’d call poetry. And I used to love lyrics and I’ve always loved words. And then through rap and joining the Wild Bunch, I became a doer.

What made you realize you could make music yourself?
It was actually a guy called Milo, he left Massive Attack ages ago, cos he didn’t agree with signing a major record deal. And he used to encourage me. He would tell me: ‘I’m DJing, come down and put some lyrics down’. And he wanted me on the mic. So through him wanting me on the mic, out of all the people he could have asked in Bristol, I realized I must have something, because he was a purist. One time, we did this thing in someone’s house, him on the turntables and me on the mic and we did this cassette. And it went all around Bristol. Not through it being sold, but people passing it and passing it. And then I know I could do this.

Did you, already at the time, feel that Massive Attack were taking it too seriously?
Yeah … 3D has a good heart and he’s not a malicious man. But he tries to get intellectual about stuff … For me, you give me a drummer, a guitarist and a bass player and I get up there and rock that fucking stage. Fuck all your LED light, the pretentious slogans you put on, your so-called anti-popstar attitude … You ARE a fucking pop-star. I don’t need your visuals, your statements. I’ll perform and make the statement myself.

You don’t like to over-analyze your music, do you?
No, because I can’t. I don’t own this. I’ve been told I’m a genius, but I can’t be, because I don’t know what I’m doing. When artists say they make music, that’s wrong. No, music makes an artist. Everything I’ve ever gotten in life comes from music. Music made me. I don’t get writer’s block or anything. Because I realize I don’t control it, it comes and goes when it wants. And I don’t need to write with anyone to be inspired.

When you’ve finished a track, are you still as excited by it as you were in your early days?
Absolutely. Once I’ve finished it, I’ll listen to it and when I get the vibe, I stop listening to it. I’m not obsessed with my own music.

Does it feel as though a different person wrote it after a while?
Yes, I’ll sit down and wonder how did that happen? Where did that come from? I love making it, doing it. Not knowing what something will become. You start off with just a little sound and then it grows. I still find that fascinating. And I love the part where you write the vocals, then put them down – or the girls put them down – and you first hear them and it’s no longer the same thing. It’s like a present, it’s like Christmas. I still love someone else singing my lyrics, it takes your words somewhere else, it give them a different life. Music, for me, is meditation. Some people might do yoga or ski. When I make music, I don’t have a stress. We all have our everyday problems, maybe we might wake up in a bad mood or we’re too busy. When I’m doing music, I don’t have problems, I’m not hungry, I’m not cold. And when I’m on stage, I’m asexual. I don’t need water, I don’t need sex, I don’t need food … It’s the closest you can come to being god – and I don’t mean god as this divine being. Everything is simply perfect.

Do you think knowing too much about production can be a problem?
I think it’s the worst thing you can do. This finger here (raises his pinkie) does my music. I’ll get a sound (makes an ‘eeeh’ sound with his voice) or a bassline (knocks on the table) … If you get taught music, you’ll have rules. If I have rules, I can’t make mistakes. Either I make something I like or something I don’t like. But it’s never right or wrong. I had someone tell me one of my first songs had two blues notes next to each other, it’s not musically correct. And that’s the song that got me my record deal. If you get the equipment, learn it yourself, work it yourself, but don’t go to school for it.

Underneath all the technology, you really believe in the art of songwriting, don’t you?
You know what? You could be involved in new music, but that’s got to evolve. There are some talented drum n bass artists, but none of them can write songs. You can have all the technology in the world, but at the end of the day, it comes down to old-fashioned songwriting.

What do you look for in a song?
Take Curt Cobain. He can make you feel the same with an acoustic guitar as with a full band. He’s someone who can touch your soul without anything. Like Billy Holliday. In those days, the entire band would be behind one mic. That just couldn’t fucking happen today. It would sound shit, even with all the technology. I like honesty in music and purity. Because it touches me.

Just like mistakes touch you.
In my music, if I see a mistake, I’ll keep it. Because you can’t write that, you can’t create it with technology, it’s magic which happens by itself. We’re not perfect as people, so I don’t understand perfect music. Like 3D, he’s obsessed with perfection. And that’s why a lot of their music doesn’t do anything to me. Again, take Curt Cobain. Sometimes, you’ll hear him sing and it may seem like he’s going the wrong way and you think: Oh dear! Or I’ve seen Lee Scratch Perry play this mad musical instrument and a couple of sounds were like ‘oh please, don’t embarrass yourself’. But all of a sudden, it’s fucking beautiful. Because it’s not perfect.

It’s a trapeze act.
Exactly. Life is up and down. I sent my daughter this remix I did the other day and asked her what she thought. And she said, why don’t you change the beat? Things like that keep your feet on the ground. And then I have a decision to make, do I listen to my daughter or do I keep it anyway?

So what did you do?
I kept it anyway.

What did your daughter say?
She told me I was lazy.

Interview by Tobias Fischer, the editor-in-chief of the tokafi webzine on experimental and contemporary music and the publisher of 15 Questions.