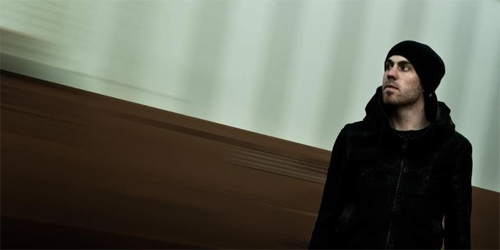 So is EPROM related in any way to Erasable Programmable Read Only Memory? How did you come up with the moniker?
Exactly right. The EPROM is in a lot of old synths, it is a humble chip with just a little bit of memory. It’s in a lot of analogue synths, as well as cars, robots, factory machines, cameras, and all the detritus of our technology.

How would you describe the style of your music?
Digital dysphoria propelled by dreams of a dead pixel billboard sky. Programs for robot ascension.

You’ve taken the bpm of your tracks down to a whole new level. Is there particular aesthetic you are trying to achieve?
The aesthetic of dismembered limbs of discarded musical forms. Flailing mechanical appendages in rhythmic abandon.

What was your favorite video game when you were a kid?
The 3D shooter Quake. I used to design levels. I was all about creating fast and brutal experiences.

And what about music? What was your first electronic album and what impression did it make on you?
Probably some old Art of Noise tapes my parents had. The aesthetic of disembodied voices that they pioneered is still a huge influence on my music. They would take vocal snippets and push them through the Fairlight with tons of reverb to create these alien timbres. Inspiring stuff.

What is your music production setup like?
Right now I am getting a lot of use out of my Korg Mono/Poly and Moog Little Phatty. I also have a couple of external reverb boxes like the Ekdahl Moisturizer that I like to pipe drums into to get some interesting and aggressive sounds.

How would you describe the music scene on the West Coast?
It’s the best in the world.

What are some of your musical (and other) influences?
Video games are a big influence, both in the timbre of those old chips and the atmosphere that they can create. I think video games are inspiring because for a long time they were doing amazing things with such limited hardware. If you dive into how those old tunes were made, it’s pretty amazing what they could get out of 4 channels of audio.

What do you play during your live performance? In particular, what do you have in mind for the Decibel Festival showcase?
I have a whole bunch of new tunes that I’m going to play. Mostly stuff that’s been written since the album was completed. I’m really excited to be sharing the stage with Shadow, since I’ve been listening to his tunes for probably fifteen years now.