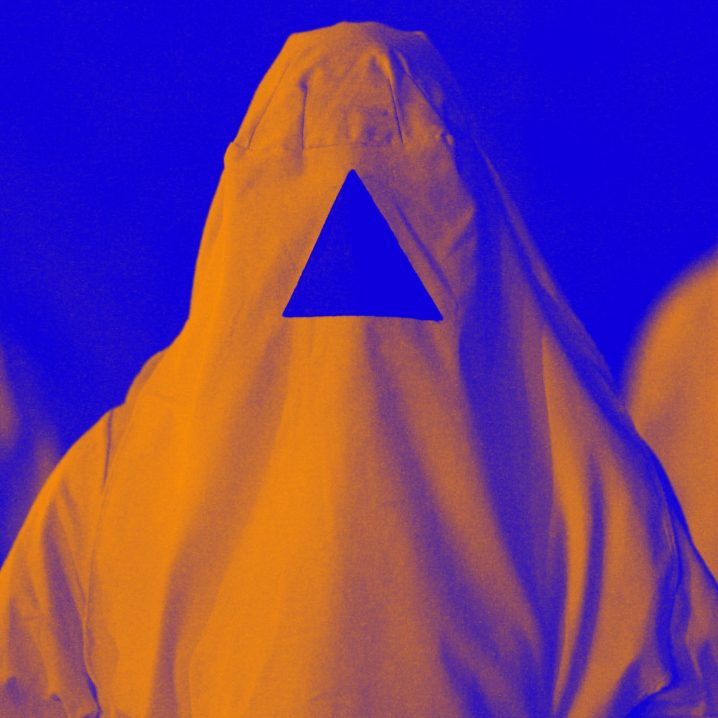 Not for the first time, I feel like I ought to explain my thinking behind one of my mixes:

I’m a HUGE fan of the 70’s & 80’s horror movies and my initial intention with this mix was to mimic the pace and intention that those sorts of movies have, whilst also trying to use tunes and sounds that emulated either the sounds or (failing that) mood. If this mix was a movie soundtrack, I’d want the viewers shouting at the screen whilst the musical cues clearly showed evil, uncomfortable, stranger things were about to happen and the pregnant silences had you waiting for something horrific to jump out of the dark.

So, there’s an introductory sense of dread and uneasiness that builds into a breakbeat “action sequence” and some scenes of graphic (bass) terror; this segues into Kunst’s “Goatskin Server” which has a pagan, ritualistic feel to it that feels like we’ve stumbled into a candlelit cavern somewhere, and sits well with the general mood of unease I was trying to convey.

About half an hour into the mix, the mood lightens and the synths soar, representing our heroes briefly escaping from the darkness… Of course, that can never last, and before long, with Dr Arboria’s reassuring words ringing in our ears, we accelerate into the concluding act. I was very conscious that I didn’t want this to be a full-on “rinse out” set, so whilst we are dealing with drum & bass tempo, there are some unsettling, haunting and almost atonal tracks in there to throw the listener off-balance. Of course, I couldn’t resist one final blast of jungle for the “action climax” before slowing down with a fitting epilogue from the one and only JC.

The last tune may come as a surprise considering the preceding hour, but in this metaphor, it’s the pop song over the closing credits, although it’s got a skwonky synth & electro edge that hopefully fits the overall intended aesthetic.

… or alternatively, that’s all a load of bollocks and it’s just a load of tunes that have words like Ghost and Ectoplasm in the title! wooooooooo be the judge!  Mwoahahahahah