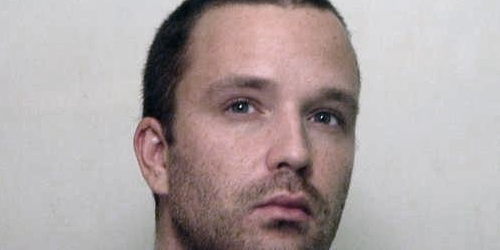 So what have you been up to all these years?
Long story… in short: moved to montana, moved to california, toured europe twice and the U.S. twice, helped found the production crew/burning man camp/family Nexus, threw a party at NASA, fell in love, fell down, moved into a blue castle in the redwoods, developed superpowers, and directly experienced timelessness.

How is the post-Merck world treating you?
It’s been interesting to watch what survives and what doesn’t, who sticks around and who doesn’t, and how people and the music evolve.

Tell us about your label, Semisexual.
It’s been fairly sporadic for a while now, but i would say that there are no real genre boundaries for the label and no real rules. Just the intent to put out great timeless songs. There are three upcoming releases that i am very proud of.

What are your thoughts on the state of experimental music (dare I use the term, IDM)?
Someone once said of the Reload album “A Collection of Short Stories”, that “this is what could have happened to dance music if capitalism wasn’t involved.” I would say that sums a lot of things up very well. The term “intelligent dance music” is dumb. There needs to be a fundamental shift in priorities within modern culture at a grassroots level. Once that happens, we’ll see experimentation in all forms thrive.

How would you describe your music to my 90-year old uncle?
Music to have sex to.

Is there a central theme behind To The West?
If I had to sum it up in a few words i would say that it is my poem to all of the people who i have become really close to out here on the west coast, my effort to display how much i truly appreciate them for what they’ve seen in me, and done for me.

How is the West Coast music scene?
It’s great, we have a billion festivals in the summer, then there’s burning man. There’s a ton of different types of people doing different types of music and for the most part they all communicate with each other which is such a great thing to see. Plus we have artists like flying lotus, j. phlip, EPROM, glitch mob, bassnectar, claude von stroke, etc… and that’s just california. It’s pretty ridiculous.

See also Headphone Commute review of To The West