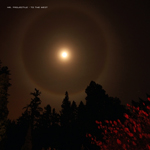 Mr. Projectile… He’s back! After a five year silence, Matthew Arnold returns with his fourth full length album, To The West, and thrusts it right back up in our $%@#ing faces. The last time I marveled at Arnold’s intricate IDM production skills was back in 2004, on the beloved Merck label with his release, Sinking. Following that, there was a two-track 12″, Momentary Lapse Of Sensitivity (Semisexual, 2005). In 2007, Merck closed its doors, and for years I mourned the loss of the artists left stranded amidst the disintegrating landscape of dying labels. Until finally, out of nowhere, Arnold drops another bomb on his very own Semisexual imprint, for all the hungry ears. The sound will always find the way.

Laced with a few short ambient pieces, To The West plays like a trip through a slinky, wobbling down the psychedelic stairs. Using a few of familiar sounds that my ear got accustomed to from Sinking, Arnold teases us with a few intelligent progressions and then slams a dark electro beat, full of 303-esque acid bass and dazzling arpeggios. Expert knob twiddlers will pick up on the analog sounds of Nord Modular and the unmistakable flavor of x0xb0x (pronounced “zocks box” by the way). Although I can’t name the sounds of a drum machine (I’m not that good), the percussion is solid, tight, and very satisfying, ranging from the above mentioned electro patterns to the unrestricted domains of IDM.

Arnold’s beatless pieces are just as satisfying. Leaving Burning Man uses an accented bass line to set the progressing melody beneath the swirling ambient sweeps. And the mind bending twists of glitching and stuttering rhythms of Information Doubling nod to the sound of Autechre with that hidden gem that only reveals itself upon repetitive listens. And then there is my nostalgic love for all the scents of 303, that gets satisfied with an occasional prairie dogging of sound hiding just beneath the surface. And while the beat carries the movement forward, hazy melodies break through electrified cobwebs of sound to leave their unforgettable imprint. Delicious.

Although, as of this writing, the Semisexual label’s page is reduced to a sparsely updated blog with past touring schedules, the album can be picked up from a handful of digital outlets, including Bandcamp. And seriously, while shopping, don’t forget to add Sinking (Merck, 2004) to your cart – you will not be disappointed – the album is still in my rotations after all these years.

See also Two and a Half Questions with Mr. Projectile