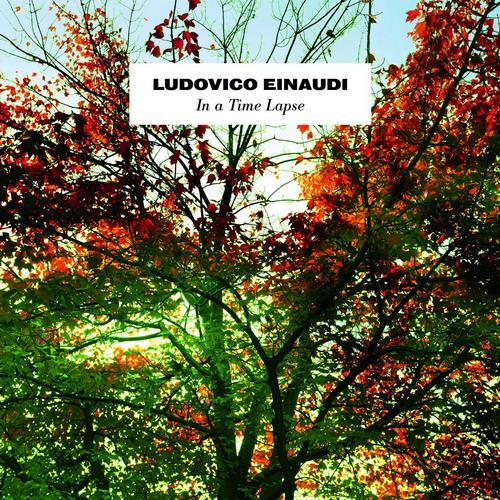 Listen, I am just as surprised that I have only now learned about Ludovico Einaudi. Especially because he sounds like all of my favorite modern classical composers, the list of which includes Max Richter, Ólafur Arnalds, and Jóhann Jóhannsson. I am just as intrigued about the fact that this artist has not popped up on my recommendation lists before (damn you clever algorithms!). And listen, if you knew about Ludovico Einaudi and didn’t force me to immediately pick up all of his albums, than I wag my trembling finger right at you. But then, of course, I vaguely seem to remember his countryman, Fabrizio Paterlini, mentioning something about the musical beauty of this Italian contemporary classical and film score composer. The good news is that now I get to dig through his entire vast catalog dating back to 1996 and discover all that I have missed. And the best place to start is his very latest album on the Decca label, titled In A Time Lapse.

From the very first track I am transported to that daydreaming place in which I first heard Richter’s Memoryhouse. The gorgeous classical chords, the subtle bass to give the low frequencies that little oomph, the cinematic buildups that are so prevalent in my favorite soundtracks by Clint Mansell, the minimal electronic treatments and effects that pop along the way in the background of each piece, and most importantly, the melodies, the melodies, the melodies… Einaudi is credited with playing the piano, acoustic and electric guitars, celesta, Glockenspiel and even a Moog synth. Robert Lippok (who produced Redsuperstructure on Raster-Noton) appears in the credits for one of the track’s live electronics treatment! Lippok previously worked with his brother Ronald and Ludovico on a project called Whitetree. A South-African violinist, Daniel Hope, who previously appeared on Warner Classics and Deutsche Grammophon releases [including Recomposed By Max Richter: Vivaldi – The Four Seasons] offers his skillful hand in four tracks as well…

The ambient and contemplative music [Einaudi] writes today is a fusion of eclectic styles, drawn from his studies in the minimalist avant-garde and collaborations with world musicians to rock groups such as Coldplay and Red Hot Chili peppers.

Throughout the fourteen pieces on In A Time Lapse, Einaudi explores themes of melancholy, contemplation and pure romanticism, through minimal solo piano, complimented by the mourning cellos, staccato harps, and occasional adagio rhythms. If one comes at this album from the direction of contemporary classical music, it would be too easy to align Einaudi’s music with Frédéric Chopin, Erik Satie, and Steve Reich. On the other hand, if you come from a modern classical world of the above mentioned artists, you can witness the maturity in the blending of the multiple styles influenced by today’s electronica, ambient and film score scenes. The good news is that I can come at it from both, and as such, Einaudi is immediately placed upon a pedestal of my highly regarded modern classical composers.

After studying at the Conservatory in Milan under the experimental and electronic music pioneer, Luciano Berio, Einaudi composed several chamber and orchestral works. In the mid-90s, Einaudi began composing film soundtracks. Since then he scored Doctor Zhivago (2002), This Is England (2006), I’m Still Here (2010) and Intouchables (2011). Meanwhile, his solo career boasts over twenty recordings, the highlights of which include I Giorni (BMG, 2001), Divenire ‎(Decca, 2006) and Nightbook (Decca, 2009). On January 19th, 2013, Einaudi hosted a live YouTube session during which he performed an entire album (this recording is still available online for your pleasure, and is embedded in this post above). I can not recommend this album enough! Fans of solo piano works by Nils Frahm, Dustin O’Halloran, Sylvain Chauveau, and Library Tapes will immensely enjoy as well!!!