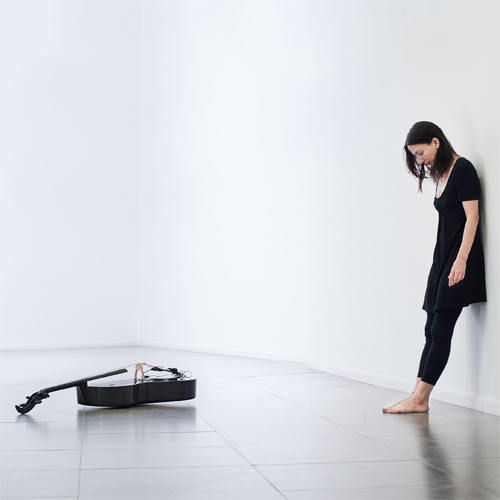 Hi Julia. Tell us a bit about your journey with music. How did you start playing the cello?
I started playing cello at the age of six or so, and studied classically for many years, then, after moving to New York, began playing with nonclassical groups–rock bands, improvising collectives, and so forth. After discovering a whole new world of improvised music, I never looked back!

What prompted you to compose such a personal and introspective album?
I think all my music is very personal, but, yes, this album feels particularly introspective. Rather than being inspired by an external concept or atmosphere, it definitely came from within — it represents a sort of internal emotional world.

Is there a particular fiction narrative within your music in which you are a character?
In making this album, I had the idea that we are, in a way, all characters in the narratives of our lives, but that we don’t have control over that narrative in the way an author might. So, it doesn’t represent a particular fictional narrative, but, instead, the idea of life itself as a narrative. Whether or not that narrative is fictional I guess depends on your philosophical view!

What are some of the field recordings used on the album?
Because the album is so internal, rather than using field recordings from outside environments, as I did on previous records, I used a lot of found sounds which I then processed. They range from the sound of a match being struck, to wineglasses, to the scratch of pen on paper, to various objects used as percussion.

If it’s not a secret, what tools do you use in your studio for looping and layering techniques?
Though I use looping to perform live, via a laptop running Ableton Live and a plugin called Sooperlooper, in the studio I recreate the process of looping through actual repetition, as I’ve never found a satisfactory way of looping within Pro Tools, which is what I use to record. So I use looping to develop the initial ideas for pieces, then, as I record, things get developed and layered–and then ultimately I have to figure out how to recreate all those layers to perform the pieces live. So it’s a bit of a circular process!

What are your thoughts on the little accidents encountered during repetition in looped phrases?
I find those accidents fascinating, because sometimes repetition can make an accident become integral. That kind of serendipity can take the music in unexpected and interesting directions.

Who and what inspires you and your music?
I’m constantly inspired by everything around me. I travel alone a lot, and I find that makes me quite aware of and sensitive to the sounds I encounter that way. So I’m often inspired by those kinds of sonic environments. Even when it’s a cacophony of ringtones on an Italian train, which is what I’m experiencing right now…

What have you been up to lately in New York?
I recently completed a couple of film scores, one for a documentary and one for a feature, and I am about to embark on a collaboration with a New York City-based choreographer. But right now I’m touring in Europe, mostly in Italy, and discussing some collaborations over here in the fields of theatre and dance.

Be sure to read Headphone Commute review of Character