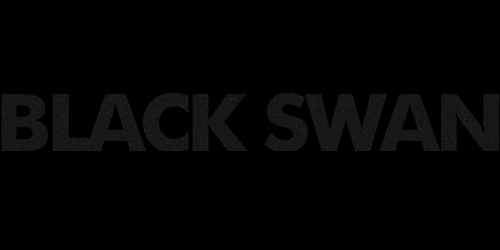 I suppose there’s no use in asking you to reveal your identity, so I’ll just inquire about your decision in remaining anonymous.
It’s much appreciated, and I thank you for that. That sounds are being passed onto the listener for themselves to decode and understand. I fear that revealing myself may corrupt the very aesthetic that exists within the music- personally, for the listener, along with myself.

How would you say your work on The Quiet Divide has evolved since In 8 Movements?
The Quiet Divide is a bit more musical in its own sense, but to be honest, I’m really not sure how, or even if it has evolved at all. I’ve explored other routes of sound, while still hoping it overall wouldn’t become stagnant. Each have their own appearance and identity, while sharing the same. I was nervous to release this record in fear that it may destroy the expectations of the music’s fan base. I was afraid people wouldn’t connect to it as much as 8 Movements. But as it turned out, they did. Thankfully, though I will probably always live in fear, regardless.

What is the journey and where are you taking us?
Sadly, we live in a society where all senses are force fed and everything that’s presented is spelled out. Be it spiritual, emotional, intuitive, meditative, semiconscious, subconsciousness, or even null, the journey, if any at all, is definitely personal. I see it to be myself who invites the curious into something untouched, from the beginning. I may initiate, but the listener is in full charge of their own journey, which could end in light, or complete darkness. I’m just lingering behind, but their vision of me is obscured. They eventually forget that I’m even present throughout it all, and my existence fades away.

Tell us about your label, Ethereal Symphony. And how did you get signed to Experimedia?
Ethereal Symphony was the name of a DIY operation behind Black Swan, and its recordings. I had originally released the first album (8 Movements) independently, where Jeremy discovered it and inquired the possible release of a physical record. Seeing how Jeremy works, and working with him directly, I have no doubt that he is one of the hardest working souls within the independent music community and am extremely grateful for what he does for my music, my label mates, and independent music as a whole.

How would you describe your music to your friends? And do they even know you as Black Swan?
I don’t, and stand alone with it all. I enjoy solitude greatly, as dark as it can become. The very few around me hardly know about Black Swan. I like to keep it locked away.

Who or what are your inspirations when composing the Symphony of Misery and Sorrow?
Something very distant, yet extremely familiar and near. It’s almost magnetic. It could be bright, dark, forgotten, or found, but exists within us all. It’s almost a sort of hope, in which we try to hold on to and keep alive, even if it is beginning to slip through our hands.

If there’s one thing you’d want the world to know about you, what would it be?
The devil will always live within the details.