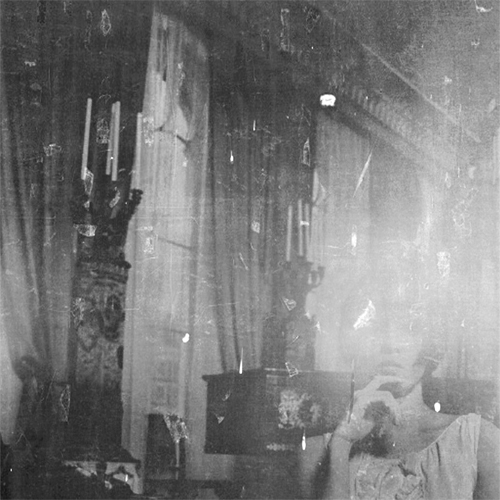 It’s hard to believe that almost five years have passed since I first heard Belong‘s fantastic debut, October Language (Carpark, 2006). I still remember the day when the New Orleans duo, Turk Dietrich and Michael Jones, unleashed upon me a torrent of noise-heavy shoegaze drowning everything in its path with a distorted cacophony of pure sonic bliss. So I was very excited to hear the group’s follow-up sophomore full-length, Common Era, this time picked up by the Chicago based Kranky label!

On the second release, Belong augments their instrumental pieces with washed-out vocals, synth-pop drum machines, and the inevitable pop song structure that evolves throughout the album. Mastered once again by Joshua Eustis of Telefon Tel Aviv, a few tracks on the album indeed remind me of TTA’s last (?) album, Immolate Yourself, where Joshua Eustis and the late Joshua Cooper (RIP) surprised my IDM ready neurons with an electro infused synth poppy sound. Common Era has a similar appeal, but with a thicker frequency spectrum, where what at first appears as muddy eight-track recording is a carefully manipulated aural atmosphere of drone, noisy shoegaze, and post-punk ambient.

The songs themselves are akin to radio transmissions received from another time and place, just as likely to be the future as the past, or even from a contemporary alternate universe. They are both passionate and dispassionate, grey yet technicolor, ghostly and palpable, distant yet immediate, grainy and focused.

The album evokes a hazy day-dream of a stifled concert, where Fennesz and Tim Hecker pair on the stage, while M83 is driving the audience into a perspiring frenzy, and Boards of Canada is hiding behind the mixing board, drowning everything in reverb and feeding the output into chewed up magnetic tape. The dynamic levels increase this visual (and auditory) hallucination, transporting the listener to the 80s, eavesdropping on a concert with his ear pressed against the concrete wall.

Besides the two full-length albums, Belong has also released a few vinyl EPs. Among them is a 14-minute single on a beautiful aqua-green marbled vinyl and a clear etched record, Same Places (Slow Version) (Table Of The Elements, 2008), as well as a four-track EP, Colorloss Record (St. Ives, 2008). Definitely an interesting progression for this band, and a must for anyone indulging in my above described fantasy…