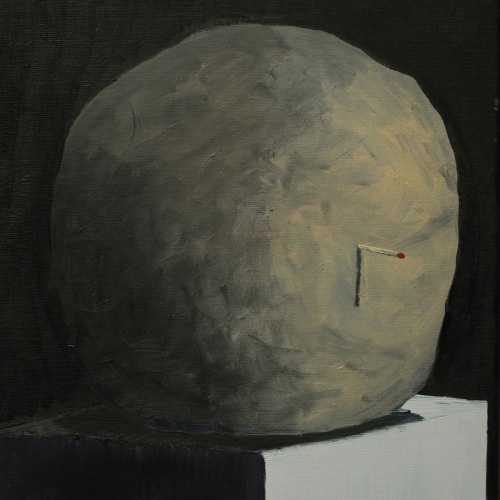 James Leyland Kirby has established quite a rapport with his experimental and sound collage project, V/Vm. Released mostly on his own V/Vm Test Records, Kirby’s numerous records range from pig noise to pure destruction of contemporary pop-songs. But his output as The Caretaker is of completely different character. Collecting “stolen memories and feelings from within the Haunted Ballroom”, the music on his releases scratches at the surface of dusted records and abandoned artifacts.

His critically acclaimed Persistent Repetition of Phrases (2008), on a newly spun out History Always Favours The Winners, explored ghostly echoes of melodies almost familiar, if only your consciousness can hold on to them long enough. On An Empty Bliss Beyond This World, Kirby takes his unique approach even further, by guiding discarded material into endless loops, subtle effects, and suppressed memories. Using sampled layers from his secret collection of old 78″ records, including the vinyl surface noise, The Caretaker reconstructs nostalgia, flashbacks, and déjà vu. Inspired by the 2010 study on Alzheimer’s disease, that has shown patients remembering new information with the aid of music, the fifteen small “memories” fade in and out of focus, sometimes ending abruptly, sometimes appearing twice on the album!

What’s more amazing to me, is that after a few plays, these tunes become familiar and are at once stored in the banks of my memory. I love leaving this album playing in the background in my office! The covert art of the album features a specially commissioned painting by Ivan Seal. See if you can also hunt down a 72 track massive release, Theoretically Pure Anterograde Amnesia, digitally re-released by History Always Favours The Winners in 2009. Highly recommended!

Check out Conversations with The Caretaker