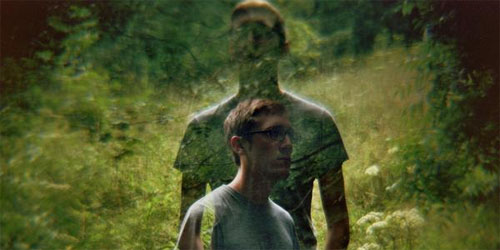 What is the story behind your alias?
It was taken from the original name of my Dad’s house, Dancing Beggars.

Talk a bit about capturing the seasons of London, UK, with your music.
I wrote both albums on the South Coast so I’m not sure I’ve yet to capture anything from London yet. It’s a very busy place which I think works better with more electronic music such as Franz Kirmann – I think he’s a perfect example of how a city like London can impact on the sound of an artist. You hear music like that and you can easily imagine street lights and cars rushing by. However, I like to keep my songs as minimal as possible so they’re more rooted in the countryside and the sea but maybe it will change the way I write in future.

The title of the album and the individual tracks convey a certain darkness, yet the music feels light and, dare I even say, uplifting. How does this intricate play with the contrast center around the main theme of the album?
Some of the tracks are quite downbeat but others are pretty hopeful at times. I guess it’s about trying to put all emotions on display over the course of the record rather than sticking to just one theme. Contrast helps to highlight the different moods, I wanted people to really notice the difference between the light and the dark and how the two can intertwine.

Although some fit your album into a post-rock genre, I feel that it gravitates closer to shoegaze. What are your thoughts on this particular classification, and for that matter, categorization at all?
It’s good to have a general classification so that people who listen to similar artists and genres can easily get an idea of your music but I think all music is worth more than just a couple of words tagged onto it. I do listen to shoegaze a bit but not loads, bands like Ride, Amusement Parks on Fire but I’d say they influence the way I play with sounds rather than how I write songs.

After a few self releases you finally got signed to a label. How did you land on Audiobulb Records?
I wanted someone to release it who was passionate about the record and someone who understood what I wanted to achieve, Jeff and myself knew David was the best person to do that. Audiobulb have some great artists, I like their attention to detail and artwork and how they understood that a release is much more than just a record.