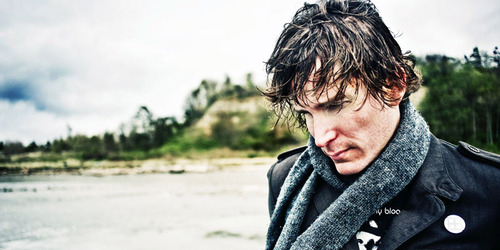 From your modern classical to ambient techno compositions, you seem to always push yourself further into challenging territories, and somehow master their domain. Was there a specific sonic aesthetic you tried to capture on The North Bend?
Yes, as a matter of fact. To me, The North Bend is an audio representation of the Pacific Northwest region, and not just with the fairly obvious ‘rainy, gloomy skies’ clichés, but more in the folk, cultural traditions and pop-culture references (think of David Lynch and his television-defining narrative Twin Peaks). They sort of influenced the creative process and helped draft a (sort of ) audio postcard of this beautiful area of the United States.

There is a lot of lo-fi, repeating, swelling waves of sound on the album, that I unforgivably must compare to the works of William Basinski. Was he one of the inspirations behind this work? Were there other musicians that have influenced this particular recording?
With all due respect, I don’t see it or view it that way. As I said, this work was inspired by the Pacific NW region and musically speaking, the same set of influences as any of my previous works. Nothing’s changed except the evolving sound, a result of self-discovery and experience, not of influences. I play my guitar thru loop pedals, so I applied the same criteria to classical samples and field recordings. I can see why you (or anybody for that matter) would draw some similarities, in the sense that there is heavy use of looping devices and thus repetition techniques. To me that’s just coincidental. It would be like comparing Harold Budd’s music to Erik Satie’s since they both use a piano.

While I understand is almost inevitable to draw comparisons to frame a reference and give the public a general idea of the sound, one has to be quite careful when doing so. You are never certain of the process behind the artist or its intentions and, furthermore, it kind of devalues the work of both artists. I think this is the most important point: in this age of completely devalued music, where people don’t even want to buy music or the industry treats it as a cheap commodity, it really contributes to the problem. It creates the false perception that anybody can just listen to “X” artist and make “X-sounding” record. It could also give the wrong impression on the actual processes behind an artist’s work. And furthermore, where do you draw the line for comparisons? Why Basinski (in this case) and not Stars of The Lid or Tim Hecker or even bossman Lawrence English? Hence my point…

With releases on Miasmah and Ghostly International, did you by any chance create this album knowing that it was destined for Lawrence English’s Room40?
Yes, it was a very focused and specific release. Long story short: I had met LPE online a while back. We finally met in person in Poland in 2009, as we were both playing a festival in Torun. We talked about perhaps doing a release on Room40. When I got back to Seattle, I sent him an album with 45 minutes of new music. He wrote back, liked it, wanted to release it. I replied: “please delete.” I wasn’t happy with it (I tend to reject a lot of my own work, probably my worst critic). I told him, I’d write something new. Went for a hike that weekend, field recorded a bunch of new things. Inspiration. Made a new album (The North Bend) and sent to LPE with a note: “this is it.”

What is the relationship between the geographical landscape and the sonic layers portrayed on The North Bend?
For me it’s not a conscious process. I guess you could correlate the peaks and valleys in the sound to the topographical region, but I think that process was more of a  subconscious one than me actually trying to replicate the sounds of the region in a sort of “map.”

You just finished a piece with Keith Kenniff performing under his Goldmund alias. Tell us about that specific collaboration. Is there an album in the future?
We’ve been talking for ages about working together. I like his Goldmund releases very much, and he enjoys my production work, so it seems like a good match. Keith is an amazing musician/composer and one of the kindest, nicest, and descent quality human beings I’ve ever met. We worked in 2009 on a Satie piece (I just put it up on my Bandcamp store) that I had re-arranged for a museum performance earlier, so we recorded it for a French compilation. We later talked about doing an EP or something, so now we are working on it. Keith also contributed piano to Orcas (project with Benoit Pioulard and other Cascadians) and we’ve done a split mixtape together for a podcast.

Tell us about your Demo Vault and Live releases.
With the Demo Vault I wanted to release some exclusive material thru my store and give true listeners an idea of the processes behind my works. Like I mentioned earlier, I tend to reject a lot of my own work, but it doesn’t necessary means it’s bad, it’s just I’m very particular. I want to give my listeners an insight on how I work, hence for instance uploading a long-distance collab with Danny Norbury, so people can see how it was done, etc. The Live release was a gift to my listeners, whom has bought my music and supported me during 2010. I selected an assortment of different concerts, hoping to give people who’ve never seen me perform live and idea of what it is like. As you may know, all my concerts are improvised, so no two sound the same. I also view each concert as important as my recorded works, so I want to create something specific for each engagement and change the perception that yes, while I perform using a laptop, it is ALL live, not prearranged in any way, shape or form. The Live album is a documentation of this process. I plan to release a second version, as a follow-up, with my concerts in Australia, Israel and Italy, and a special I3O recording (that’s my trio version with a drummer and a pianist). It will also be a pay-what-you-deem worth – I’ve been really blessed with amazing listeners. I remember this really sweet lady sent me almost $65. I wrote her back (thinking it was an error). She replied, “your music means this much to me.” It was very kind and sweet of her and I’m forever grateful to have people like her in my life.

Wow. What a list… I always have to ask this at the end – what are you working on right now, and what can we look forward to in the future?
At the moment I’m preparing for my upcoming tour with Pantha Du Prince and Efdemin, so I’m writing a lot of new material. I’m also working on the Orcas album, and doing some remixes for Biosphere, Glitterbug, Helios and others. I’m also preparing a remix LP of RAI music, curating a compilation for Air Textures, and planning a 2-day event in Seattle for the Summer, so expect some interesting things to come in 2011!