As I may have previously mentioned, I have been a little bit busy these last couple of weeks, wrapping up a few personal errands. Unfortunately my musical listening patterns have suffered, and so has the output of Headphone Commute. But have no fear – this little silence on my part will turn around once again! Luckily for me, I have obtained a permission to dig into the wonderful archives of Peter van Cooten‘s AmbientBlog, and share with you some of the gems that he recommends for your ears. And remember, there’s no such thing as “old music” – music just is. 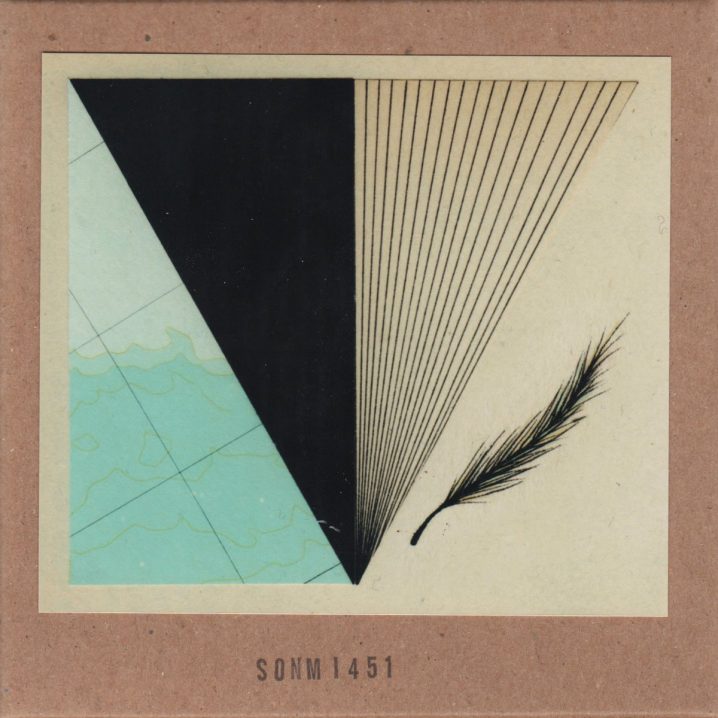 The Slaapwel label, specialized in music to fall asleep to, is becoming more collectable with every release. The previous (six) releases were all very beautiful (package and music-wise) and perfectly fitted the purpose they were created for: dozing away quietly, listening to music that is ‘interesting and boring at the same time’. Among the previous performers were Peter Broderick, Greg Haines, Machinefabriek + Soccer Committee and Jasper TX. This seventh release in this remarkable series is this one, called “Ruis” by Sonmi451. ‘Ruis’ literally means ‘Noise’ which suggests about the total opposite of the music it contains: 32 calm minutes, slowly building, but without climax. The basic piano layers resemble the sound of Brian Eno‘s Neroli, though the composition here is more repetitive than generative. “Ruis” is like a comfortable bed: the lower region drones and chords carry you like a comfortable soft mattress, while the higher note sequences fold around your head like a pillow. When playing music like this, you’d almost wish for insomnia… Somni451 is the alias of Bernard Zwijzen from Hasselt, Belgium. He has been releasing electronic music under this name since 2005, mostly on the U-Cover label. Like all previous Slaapwel releases, Ruis is beautifully packed in a hand-stamped cardboard cover including a print designed by Louis Reith. Though printed in a larger edition (500 copies this time), the physical release will probably sell out quickly (leaving only the digital download). So, like label owner Wim Maesschalk said: “don’t sleep over it for too long…” 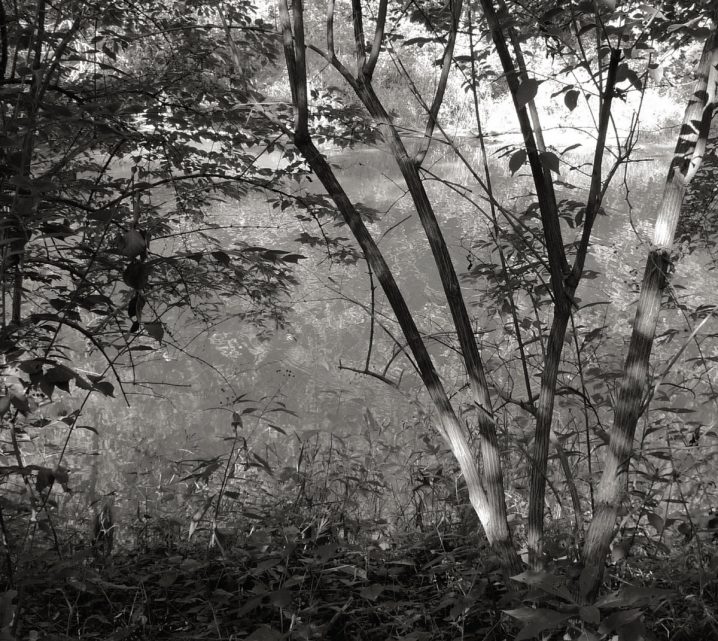 Tench label comes in a digipack with beautiful landscape photography by James Luckett. These sober, black & white, pictures perfectly fit the music of Marc Ostermeier on his new album: Chance Reconstruction. Though it’s the first release on Tench, it’s not the first work of Ostermeier, who has released earlier work, Percolate (parvoart, 2010) and Lakefront (hibernate, 2010). Combining acoustic piano and guitar with electronic textures, his work can be catalogued next to that of Rafael Anton Irisarri, Goldmund, Peter Broderick, Library Tapes and Labradford. Quiet, reflective and melancholic piano/guitar melodies, sometimes even only hints of melodies, are the heart of the 10 tracks on this album. In parts, the music on Chance Reconstruction is more abstract, but (quote the website notes): “there is no doubt that the operating word is still ‘melancholy’. The hesitant piano melodies take on an almost conversational form, but from someone repeating and rephrasing his thoughts as he talks to himself, imagining different outcomes of something he cannot change.” While melancholy is the perfect word, it’s the fascinating electronic decoration of the acoustic sounds that prevents this album to become too ‘easy’ to listen to. If the reference artists mentioned above mean anything to you, you should not hesitate to check out Chance Reconstruction. Tench has set itself a high standard with this beautiful first release!!! 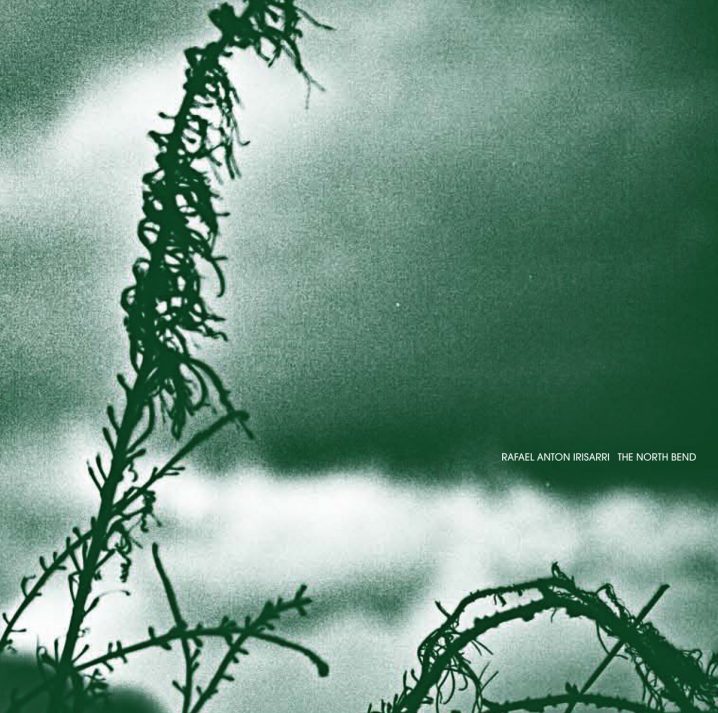 If this album had been presented to me ‘blind’, without knowing anything about it, I doubt that I would have guessed that I was listening to the new Rafael Anton Irisarri album The North Bend. I would probably have mistaken these rather dark repeating loops for a new William Basinski recording. Rafael Anton Irisarri (also main member of The Sight Below) obviously isn’t afraid to leave expectations for what they are and explore different worlds. The music on The North Bend is quite different from the piano-focused music of his earlier releases Daydreaming (Miasmah, 2007), Hopes and Past Desires (Immune, 2009) and Reverie (Immune, 2010). For that reason, it may take a few extra turns to get used to, but finally the five tracks slowly reveal their secrets and beauty: “ […] a sound of uncertain source and unknown origin; …like wind, far away, but with a depth like a rumbling of the earth.” The drones, loops and rumbles are somehow related to natural landscapes (the pacific northwest of the United States to be more precise). But this music is not about birds, crickets and refreshing brooks. It’s about nature on a much larger scale: about vast impressive  landscapes that make you feel small and insignificant. About “Valleys, Mountains, the nearly endless Sea of Trees”… and filled with hidden mysteries. Like the music on The North Bend itself. Pick up this release, from the always wonderful Room40, Australian label run and operated by Lawrence English.

Be sure to check out our Interview with Rafael Anton Irisarri 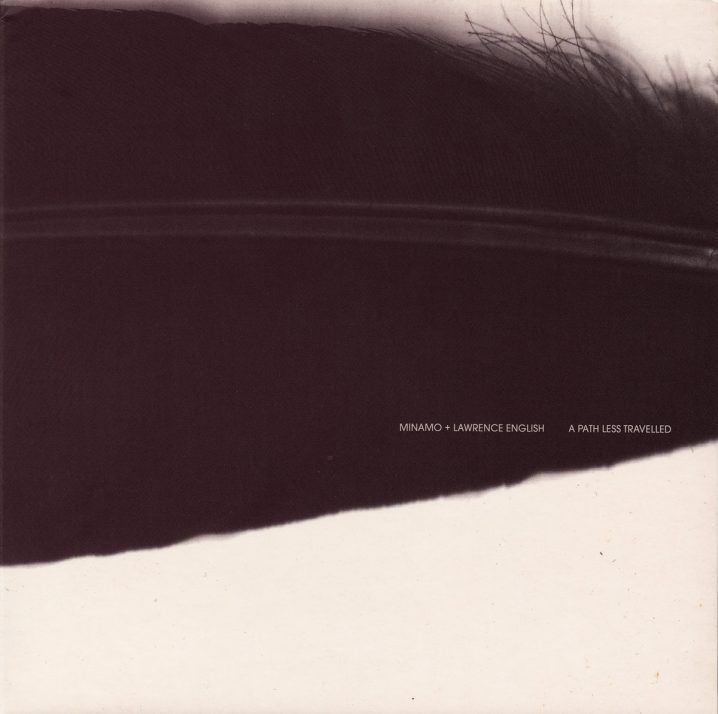 Together with the release of Rafael Anton Irisarri another recent Room40 release came to my attention: A Path Less Travelled by Minamo and Lawrence English. Minamo is a 4-person group from Japan recording since 1999. For this record they are working together with Lawrence English adding bass, harmonium, field recordings and electronics to their guitars, keyboards, electronics and object sounds. The electro-acoustic music on A Path Less Travelled is not ‘ambient music’, but the field recordings and the way the musicians explore their ‘sound fields’ have a lot of ‘ambience’. For most parts, the compositions have a nice lively, improvisational feeling. “Rather than setting out with prescriptive or didactic ideals for their meeting, the musicians looked further afield for influences to shape their interactions”. But in fact the musical results proves to be much less ‘improvised’ than one might imagine: “Drawing on Minamo’s sense of pace and sonic spatiality, English devised a number of arrangement strategies to compress, accentuate and expand Minamo’s initial sketches. Carefully editing and adding to the refined and measured contributions, the record took shape over two years of gradual process led production.” The result is a pleasure to listen to. The music defies categorization, it is as much ‘experimental’ as it refers to classic ‘rock’ music. But one thing is sure: you probably won’t hear much of it on your local radio station – because most of these stations don’t really like ‘paths less travelled’.