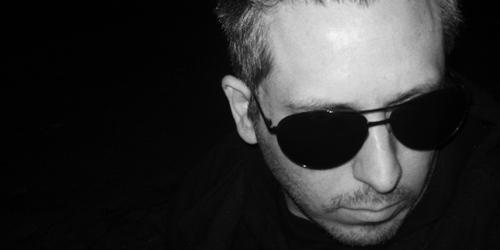 Hey Paul… I’ve been following the output of your label since the very beginning. You kicked off the sound of Tympanik Audio with the Emerging Organisms in December of 2007. Two years later, in 2009, Headphone Commute featured a label profile of Tympanik. Another two years have passed by… How would you say the sound of Tympanik Audio has evolved over these years?
Evolution has always seemed to be a natural state for Tympanik. The concept of the label hasn’t changed much over the past couple years but that’s not to say that it hasn’t evolved – it seems to be constantly morphing and emerging. Tympanik began as an experiment to demonstrate that the many genres of  electronic music could come together, integrate, and ultimately co-exist effectively under one imprint. I like to think we continue to adhere to this model.

What about the label itself? Have you lost or found a new set of helping hands in its day-to-day operations? Has the support staff grown or merely held on to a few dedicated friends?
I’ve always handled all the day-to-day operations of the label and although it seems overwhelming at times, I actually prefer it this way – it’s just easier to maintain control. I do have a lot of support through our artists, graphic designers, audio engineers, and the like, all of whom this label would not function fully without, so I’m certainly grateful for that. Tympanik mainly operates on a network of very creative, selfless human beings who share my passion for delivering exceptional music to as many ears as possible – all around good people who believe in the original concepts and vision of the label as a whole. We are a family and we all work together towards a common goal, which is the fuel that essentially keeps Tympanik alive.

Are you happy with its current stylistic sound, direction and overall scene appeal? Is there a particular aesthetic that you wish to continue to develop or steer clear of?
I always disliked Tympanik being categorized as a certain type of genre label – that’s not our goal. Tympanik is about melding many styles of electronic music and slicing them up into meaty, cerebral aural concoctions that can be digested and enjoyed based on their own individual merits. Being a label that releases a fairly diverse style of music, it seems difficult for some listeners who only pledge allegiance to certain genre camps, to lock into our intended concept, especially if they have only bothered themselves with one or two of our releases. In my mind, each of our releases has their own unique sound and personality.

What can you tell us about the economics of running a label with such a dedicated schedule of physical releases? You managed to put out over 50 albums, and still going. How has the market place been treating you?
It’s been a struggle since the start. In the first couple years, I put a lot of my own money into the label as well as borrowing money and accepting contributions from family and friends to keep things going. These days, the label seems to be sustaining itself just enough to continue releasing music and that was my objective all along. Money really doesn’t hold any appeal for me personally, I’m merely concerned about making enough to keep the label moving forward and I’m very grateful that we have managed to do that so far. The support from everyone all around since the early days still blows my mind and it’s because of this support that we still exist today. The loyalty of our listeners, especially the ones that still buy our releases on CD, is what really keeps this label afloat. Our artists aren’t too concerned about making a fortune from their work; most understand that we are always working on a tight budget and they forgo any assurance of fame and riches. We all help each other for the good of the family and that bond ultimately allows us to continue to bring new sounds to our listeners. Tympanik is perpetuating these days and I have everyone who has ever ordered a CD from us to thank for that – thank you! 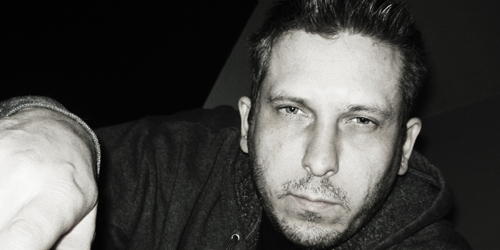 Regretfully, the Greek label, Spectraliquid, managed to stay in business for only a few years. How has its demise influenced your approach to managing Tympanik if at all?
Spectraliquid and Tympanik initiated around the same time. After Kostas and I got to know each other through releasing Subheim’s ‘Approach’ album, we often compared notes during those years as fellow label-owners. I loved what Spectraliquid was doing and supported them as they did Tympanik because we truly admired each other’s output. It’s not the first time I’ve seen an exceptional label fall, and Spectraliquid was certainly an exceptional label. I’ve seen it too many times over the years and it’s always poignant. Sometimes such labels burn bright, but half as long as they deserve, yet generally leave
behind a notable body of work in their wake. Their impact on music seems to stir and resonate for years afterwards. Tympanik was originally inspired by such labels as Schematic, n5MD, Component, Pendragon, Merck, Neo Ouija, Skam, Hymen, M-tronic, Xynthetic, Pitchcadet, and Toytronic, yet I can only hope we leave such a lasting legacy when we finally do fade away.

Speaking of our Greek friends… Kostas K’s managed to migrate over to Ad Noiseam (which I know you’re a fan of), yet you’ll always be credited as a starting point for his Subheim project. And I would say that Tympanik is more than just a platform for up-and- coming musicians. What are your thoughts on discovering a newly unheard talent?
It seemed that Subheim and Tympanik were both finding their way at the same time and by chance we happen to congregate and ultimately form a lasting friendship. ‘Approach’ turned out to be a milestone release for Tympanik, but at the time, it was just another young label signing a new talent. I like  presenting new artists to our listeners – there’s a lot of undiscovered musicians out there that deserve to be heard and if I can help a few of them develop and expand their listener base through Tympanik, I am certainly happy to do so.

What are some of the most interesting relationships (human or otherwise) that have been born as a result of running Tympanik Audio?
Almost everyone I have worked with since Tympanik’s inception has proved to be an exceptional human being. These are people that I have come to know very well and respect dearly, both on a professional and personal level. I’ve been involved in various electronic music scenes for a long time and through the label I have had the privilege of getting to know and work with artists and label owners that I’ve admired, much more closely now than I did before as a music fan. Someone once referred to my laptop as “my other girlfriend” and that really stuck with me. My computer and I have a love/hate relationship: it’s my savior and my nemesis at all times. Tympanik takes up an enormous amount of my time and a lot of my personal relationships have suffered because of this thing I have created and obsessed about over the past few years. Running a label means being capable of living under a mountain of never-ending details and still attempting to maintain a personal life, yet you’re destined to fail at any given moment at either one of these things if the balance isn’t just right.

Would you say that you have accomplished your goals? Surpassed your own expectations? Or do you still have a few mountains to climb?
I don’t want to discount what has been accomplished so far, but I do feel like we still have to prove ourselves to the uninitiated, but that’s just a part of the whole process of progress. I always have a plethora of projects and ideas on my mind, there’s just not enough time or resources to make them all materialize and I’ve come to accept that. I’m probably the most critical of Tympanik out of anyone. I’m really happy with what the label and our artists have accomplished so far but to me, there’s always room for improvement. I have made a lot of mistakes over the years, but I suppose that’s just how I learn and grow alongside this thing I have created. Tympanik has surpassed my expectations for sure; I never thought we’d make it this far but I’m really pleased that we have. 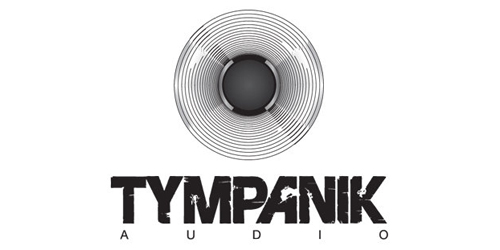 Do you have a particular favorite release or two from Tympanik that you find yourself always playing?
A tough question that I get asked quite often. Every Tympanik release holds something special for me – I truly love every single CD we have put out. Some releases hit the mark with a majority of our listeners, others do not – it’s understandable. Admittedly there have been a few albums I have put out merely because they strike a chord with me personally and not necessarily for their mass appeal; others I simply release because I know most of our listeners will enjoy them as much as I do. I have favorites, sure, but too many to list here.

I know that there are usually no regrets in this business, but looking back at the last four years, with all of the knowledge and experience that you have now, is there anything that you would have done  differently?
I’d already been a fanatic audiophile most of my life, a DJ, an event promoter, a music journalist; I never fully understood the process of making music, so starting a record label seemed like the next logical step for me. I started out knowing absolutely nothing about running a record label and getting little help from anyone. It’s really difficult getting a new label off the ground because no one seems to take you seriously. I spent a lot of time planning ‘Emerging Organisms’ and the label concept in the beginning, and after running into one obstacle after another, I was convinced that the label probably wouldn’t succeed in the long run. It wasn’t long before I realized that it was the music itself that would ultimately prove Tympanik’s worth, not just my mere ambition. If the label could build on a strong catalog and a talented, diverse artist roster, it just might develop into something that serious electronic music listeners would ultimately come to respect and admire. It took a lot of trial and error to achieve our current momentum. Yes, mistakes have certainly been made over the years, it’s part of the learning process, but I have
learned from them and continued on. No regrets.

What are your plans for the label in 2011 and years to come?
This year we’ll see new CD releases by Stendeck, Ex_Tension, Normotone, Displacer, ESA, and a remix album from Anklebiter. Volume 4 of our ‘Emerging Organisms’ compilation series is nearing completion, which will feature new tracks by Boy Is Fiction, SE, Diaphane, Port-Royal, C.H. District, Subheim, To Travel Without Any Certain Destination, Logical Disorder, Matta, Anklebiter, Kilowatts, Flaque, Access To Arasaka, Nebulo, ar.Muta, Stendeck, Normotone, c0ma, Dryft, Miroslav, Northcape, Dirk Geiger, Mobthrow, c.db.sn, Keef Baker, Ocoeur, Hecq, and a few surprises. Some great digital releases are in the works as well from Unterm Rad, Dirk Geiger, Access To Arasaka, and Undermathic. We have some other projects in the making but more on that later. Stay tuned…

Well, I hope to catch up with you in another two years… Any last words for the readers of Headphone Commute?
Looking forward to it. Many thanks to all Tympanik listeners, all of our artists, and Headphone Commute readers for their interest and support.