…and one more installment from the Reflections series. There may be more to come, but this is indeed the last set of words from the initial batch. In this edition, we feature Nao Sugimoto of Spekk, a list of favorites from Marc Byrd of Hammock, some thoughts from Ólafur Arnalds, and the thoughts on music of 2009 from Konntinent.

I hope you enjoyed these miniatures. Please leave a comment and let me know your thoughts on these, and whether I should work on preparing some more in the future.
~HC 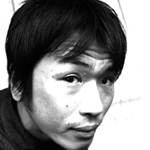 2009 was such a hectic year for me having had to sit in front of the computer 12 hours a day which also means I was hearing music for 12 hours a day. wow.. Thus the selections here were my perfect background music during work and it was unfortunate that I didn’t get to listen to much music that requires deep listening. Oh and I also bought music digitally for the first time last year due to lack of time. I guess the music to me in 2009 was more about my situation. 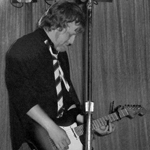 Favorite 30 of the year (no particular order)

Hammock – Raising Your Voice…Trying To Stop An Echo (Darla, 2008)
Hammock – Maybe They Will Sing For Us Tomorrow (Darla, 2008)
Ólafur Arnalds [Erased Tapes Records] 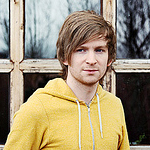 Like 2008, i spent 90% of my time in 2009 making my own music so there was not so much chance to check out other new music. So it was not really until christmas time, when i finally took some time off, that i decided to go through the new releases of the year and see what is good. I loved the new Phoenix record as well as Animal Collective. But my favorite of the year is probably Mew – *really long bullshit title*. That album is just plain amazing. Also, just realized like yesterday that the XX album is quite good as well. That will also go on my top 5. As for Icelandic music my favorites of the year are Kimono – Easy Music for Difficult People and Bloodgroup – Dry Land. I’m a bit biased on the later one as i arranged strings for it, but still, it’s awesome. 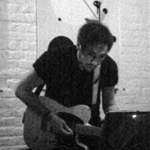 2009 felt like a year of saturation, a lot of labels releasing a lot of artists on an apparently open ended basis. The shear volume of output, the unerring stream of accompanying platitudes and the liquid ease of the internet/ipod has lent a certain sense of transiency to the process of music listening. Through the malaise its been lovely to see labels like Home Normal, SMTG Limited and Under The Spire emerge, whilst established favourites like Touch and Raster Noton have flourished apparently undiluted and unhindered by commercial concern. From 2009 I’ll take away the live performances of Philip Jeck, Gavin Bryars, Fennesz, Mountains, Machinefabriek’s wire wool zither, Jasper TX playing his wedding ring, the reverent hush of Boduf Songs. Its been a privilege to share a stage with Isnaj Dui, Simon Scott, Andy Cordle, Lisa Madisson and Jon Meade. A special mention should also go to London venues the Flea Pit and Cafe Oto who have continued to program explorative live events regardless of their meagre financial rewards.

In no particular order, my albums of the year: