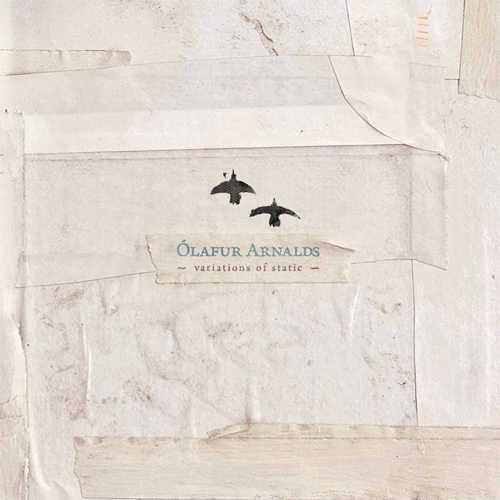 Pórhallur Gunnarsson hosts a popular Icelandic talk show, Kastljós. The show is broadcast six nights a week on a national television network. Almost a hundred thousand viewers tune in each night. That’s about one-third of the population of Iceland, which is located in the North Atlantic Ocean just south of the Arctic Circle. The climate must be cold. My hands are cupped around a hot coffee mug; I’m halfway across the globe, sitting in my pyjamas, waking up to the latest post on YouTube. In the clip that I’m watching, Gunnarsson opens up with an introduction in Icelandic, a language I don’t understand. No matter. The music that follows requires no words. The show cuts to a boy sitting behind a grand piano. He is skinny and wearing a white T-shirt and jeans. Next to him is a string quartet. The camera zooms in on his hands. The boy plays a single melody composed of exactly six notes. In the background, there is an echo of digital hiss. After an introduction of four repetitions, the quartet joins in. The accompanying harmony and chord progression are indisputably classical. But at about two minutes, the bass kicks in.

The boy in a white T-shirt and jeans is a twenty-one year old Ólafur Arnalds. Born in a suburban Icelandic town, Mosfellsbær, he composes melancholic, emotionally fueled, and undeniably beautiful music. Ólafur studied piano when he was very young. After about a year of lessons, he decided to switch to drums instead. He kept his studies in drums up until two years ago, when he switched over again, this time adding classical theory and composition. Influenced by electronic, post-rock, and modern classical music alike, Arnalds incorporates various stylistic elements into his work. He seamlessly embraces contemporary symphonic composition and instruments but also makes use of electronic instrumentation. After I listened to Arnalds’s 2007 debut, Eulogy for Evolution, I wanted to express my feelings and thoughts about it. Majestic, graceful, gorgeous and sublime are words that popped into my mind. But they are meagre words when compared to the emotion in that music.

Signed to Erased Tapes Records, Ólafur quickly followed up his album with an EP, Variations of Static. The first track, titled “Fok,” is the one performed live on the Icelandic talk show. The music on the twenty-one-minute release continues to drench a listener’s soul in sadness, and you begin to wonder about the story behind the music. It seems that only someone with a huge heartache could write something this touching. Perhaps the spoken interludes in a computerized child’s voice may shed some light:

Do you still remember when we were little? When we were playing in the park and you asked me what happens when you die. I said you forget everything … everything. “Even you?” you asked. Yes, even me. You did not want to die. Never forget. The remains of what we used to have were taken away with the softest squeeze. How did I forget? How…

Arnalds’s simplistic melodies somehow bring me back into my childhood when I was encouraged by my parents to practice the scales and the classical pieces by Mozart and Chopin. The music of classical composers remain with me well into adulthood. Listening to electronic music since I was very young, I always felt like an outcast. No one seemed to be on the same wavelength with my taste. I found myself lurking on underground forums, speeding on weeknights to private gatherings, and clipping short write-ups from low-budget publications. When I did find a likeminded soul, bridging the gap between electronic and classical remained difficult. The genres seemed to be on two opposite spectrums.

Would it be a wonder that Ólafur has fulfilled my dreams with his compositions? You can imagine my glee at discovering such an artist. Throughout the album, the strings walk up and down the classical scales created during the Baroque era and perfected by the Romantics, and the glitchy percussion integrates itself into the familiar progressions for the contemporary ear. Arnalds manages to remix my memories and create a nostalgic soundtrack to my past.

I track down Ólafur for a mini interview and probe his mind for inspiration.
Inspiration is always a complicated thing to talk about. Everything inspires me on some level and it is very hard to tell which things have the most effect. It is very hard to realize for yourself what makes you do what you do. You just do it, you know? Sometimes I don’t even think about it, I just do it and it comes automatically. I think that is one kind of inspiration, the one you don’t notice, something that is more just hidden inside you, and it comes from everything around you; your friends, the music you listen to and whatever you experience. It doesn’t even have to come from the outside… it can just be some impulses in my body that tell my hands to move in a certain direction on the piano.

The other kind of inspiration is the more obvious one: when I can actually feel this really big inspiration inside me. I have maybe experienced something and I feel like you just have to write some music right now, and before I even start, I know how it will end. I know completely how it is going to be. For me, that inspiration usually comes from movies. I love the art form that is films and some films are just like music. So beautiful, and I just want to turn them into music.

And is there a special story behind Variations of Static that you can reveal?
It’s just something I started improvising with by total coincidence… I had the idea of having some poem or something before one of the songs or in a song, but I was on holiday and didn’t have any recording equipment, so I tried using the speech function on my Mac instead… I just wrote down a few lines – the first things that came up in my head – and made my computer read it out loud. Just the surreality of hearing a computer talking about memories and feelings and all these human emotions inspired me so much that I decided to keep it this way. There is kind of a story there but it’s not real, and the point of this is much more to get people to think about where feelings come from and why it is so weird to hear a computer talk about it… I mean, if someone would build a robot that was 100% like the human body, would it have feelings? And if not, why?

Arnalds is steadily gaining recognition worldwide. He has already performed alongside Aphex Twin, Amiina and Jóhann Jóhannsson. He will also accompany his fellow Icelanders Sigur Rós on their tour, and open some of their European shows in August. He will then set out on his first Asian tour before coming back to work on his second album. If this is the first time you’re hearing about Ólafur Arnalds, jump on board to participate in the development of this unbelievably talented composer. Eulogy for Evolution and Variations of Static will be released in North America this summer, and will be accompanied by a free digital copy of the Erased Tapes Collection I compilation, to celebrate the label’s first anniversary. Check out his website for upcoming tour dates. Highly recommended if you love Max Richter, Zbigniew Preisner, Jóhann Jóhannsson and Nico Muhly.