We still have some time until the end of the year, and I’m in no rush to publish my list of favorite releases. Meanwhile, you guys are doing a great job at submitting Your Votes! These will be tabulated and aggregated at the end of the year to present the Reader’s selections. Keep them coming! While the list is growing, I decided to reach out to my favorite artists and labels, and ask them to share their thoughts on the music of 2009. These are now presented to you, in the order that they have been submitted, one installment at a time. I hope you enjoy! 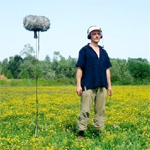 In 2009 I had a subtle shift in listening preferences away from prewar 78s towards vinyl. Played a lot of early music (The Consort of Musike, Academy of Ancient Music, David Munrow’s Early Music Consort), loads of 70s and 80s pop and all kinds of indie, the complete Bach Kantatas performed by Concentus Musicus Vienna (a daily treat to start my studio life) and then the complete catalog by the otherworldly brilliant Mississippi Records label, up and down, over and over again. Love them. One record released in ’09 I enjoyed a lot is by The Long Lost, charming, inspiring, entertaining. Electronic/computer/’experimental’ music – wake up, move on, surprise! Renaissance rocks, lets start one.
Stephan
2009.12.17
bitsteam.de
Headphone Commute’s review of Radioland
Stephan Mathieu – Radioland (Die Schachtel, 2008)
Stephan Mathieu + Taylor Deupree – Transcriptions(Spekk, 2009)
Jason Corder / offthesky [Somnia, Experimedia, Symbolic Interaction] 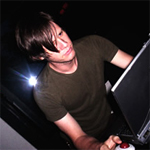 offthesky thoughts for 09:
art/music is constantly evolving up and outward – expanding like the universe as artists inadvertently bounce off each other, flux, and explode in novel way: feeding into and off the tides of the times. everything up to now has spawned such beautiful rivers of medium that comprise an amazing musical palette of this past year. 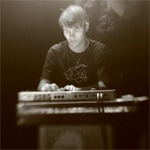 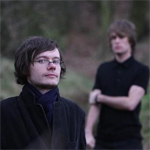 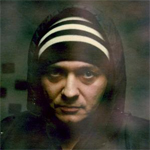 it was the year i took the time to confront with the work of Franz Schubert (for an Opera piece) and spend some time meditating upon the question what makes music being perceived as “old”, “new” or “timeless”. Furthermore i was challenged to collaborate with classical trained contemporary musicians of the quartet Kwartludium, with whom i re-scored some of my favorite adolescent post punk songs of the SST label (Hüsker Dü, Blind Idiot God, Black Flag, St.Vitus). I had the pleasure of attending a wonderful concert by Mr. Van Dyke Parks and was charmed by his musical talents, sparkling humor and his vivid stage appearance. I loved the new and stylistically surprising compositions by Markus Pop (Oval), which he presented in Berlin in November. I was deeply bored by 94,5 % of the output i heard labeled as “dubstep” and “weird-folk” and all 80ies revivals (fashion included) and i loved dancing to soul music in Berlin’s TAPE club. I (re-)discovered the music of Jack Rose, Glen Jones, the Sublime Frequencies label and also (re-)discovered movies (and their soundtracks) by Rainer Werner Fassbinders and Ken Russell (“The Devils”). I also loved “Moon”, “Mister Lonely”, and “Antichrist”. For the first time i had the chance of working with songwriters and singers (Hugo Race, Marta Collica, Ursula Maurer) – something which can be heard on the “extended vinyl version” of Klimek’s “Movies Is Magic” in 2010. I will be missing Maryanne Amacher with whom i had the pleasure to spend some days at Dissonanze festival in Rome back in 2006. I will keep my memories of this enigmatic & inspiring lady with me …
Sebastian Meissner
random-industries.com | sounds-move.com
mixcloud.com/AMBIENT_PIMP
Klimek – Dedications (Anticipate, 2007)
Klimek – Movies Is Magic (Anticipate, 2009)