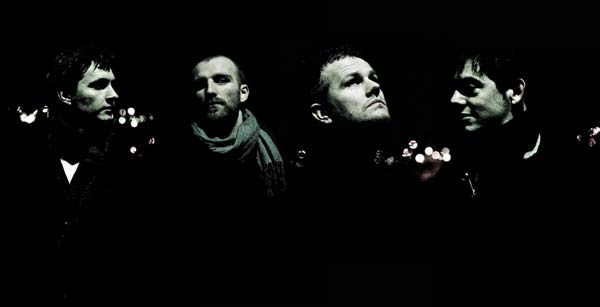 The past year has been Bedroom Community’s biggest and busiest yet with no less than four album releases, a Whale Watching tour that actually turned into three (thanks Eyjafjallajökull!) – numerous collective and individual events, appearances and collaborations, and even a presidential visit to the Greenhouse Studios.

Here are some of our artist’s individual highlights from the year 2010:

Sam Amidon’s I See The Sign hit top albums lists hard — including lists at The New York Times and MOJO — and continues to do so; Sam also toured the world, finally read The Great Gatsby and liked it (but apparently not as much as he liked Chesterton’s The Man Who Was Thursday who he claims is ‘some insane shit’), turned 29, became unhealthily obsessed with Sonny Rollins; and beat Tetris on his iPhone.

Daníel Bjarnason released Processions to great critical acclaim, winning Composer Of The Year and Composition Of The Year at the Icelandic Music Awards, as well as winning the Kraumur Music Award for Processions and being nominated for the Nordic Music Prize for ‘Bow to String’. Some of Daníel’s most memorable moments of the year were the Ulster Orchestra and Víkingur Ólafsson concert in Belfast, the concert with Hjaltalín and the Icelandic Symphony Orchestra, the spectral-festival with Ísafold chamber orchestra, writing ‘Larkin Songs’ for the festival in Kirkjubæjarklaustur and conducting Rigoletto at the Icelandic Opera. Last but not least there was the Processions release concert, where Daníel shared a bill with the Danish Efterklang by coincidence which later led to a collaboration between him and the band.

Ben Frost was chosen by legendary artist Brian Eno for a year of mentoring in the Rolex Arts Initiative, composed the score to Wayne McGregor’s FAR dance piece (for a chance to see the piece live click here) and was nominated for Best Album (classical/contemporary) at the Icelandic Music Awards for BY THE THROAT.   Ben and Daníel were then commissioned by Poland’s Unsound Festival to create a new piece of music inspired by Andre Tarkovsky’s 1972 film and the original novel Solaris written by Polish author Stanislaw Lem. The music is performed live by the duo with Sinfonietta Cracovia.

Nico Muhly released two albums (‘by accident’, he claims): I Drink the Air Before Me via Bedroom Community and Decca Classics and also via Decca A Good Understanding as well as writing two operas; one for Metropolitan Opera and English National Opera and the other for Gotham Chamber Opera. Somehow in the middle of all this he managed to find the time to work on everybody else’s music like crazy and blog regularly on his fantastic website (which you should check it out if you haven’t already). He also had a love/hate relationship going on with printers and started listening to Russian music.

Valgeir Sigurðsson, meanwhile, released Draumalandið, his score to the acclaimed eponymous film by Þorfinnur Guðnason and Andri Snær Magnason. The album features the entire Bedroom Community artist roster and was nominated for ‘best soundtrack’ at the Icelandic Film Academy Awards.
2010 kept Valgeir busy in the studio; as well as producing all of the Bedroom Community releases, his collaborative efforts with artists such as Magic Numbers and Wildbirds & Peacedrums saw the light of day. For Christmas, Ben gave Valgeir a copy of the Mötley Crüe biography in the hope that it would inspire his next album. Valgeir is still reading The Dirt…

Even though this was in many ways a hectic year for the label, we’re nowhere near exhausted and are already working on our 2011 projects. We have a lot of things coming up and want to share some of the highlights with you:

One of the things we’re most excited about is our newest addition to the Bedroom Community, the mysterious Puzzle Muteson from the Isle of Wight! We’re proud to tell you that his debut will be out in early 2011 – and we’re pretty sure you’ll love it as much as we do.

That’s far from being the only release scheduled for 2011. We will release Solaris by Daníel and Ben, the first seeds for a new solo album by Valgeir have already been planted and the wonderful Whale Watching Tour will be brought back to life via the power of the DVD. More on that as the details unfold.

And finally: Nico’s opera Two Boys — based on a true story from the complex world of the internet — will be premiered at London’s ENO on the 24th of June. Tickets are already selling fast, so get them here while you can (don’t forget your opera binoculars).

So, stay tuned – and have a good one!