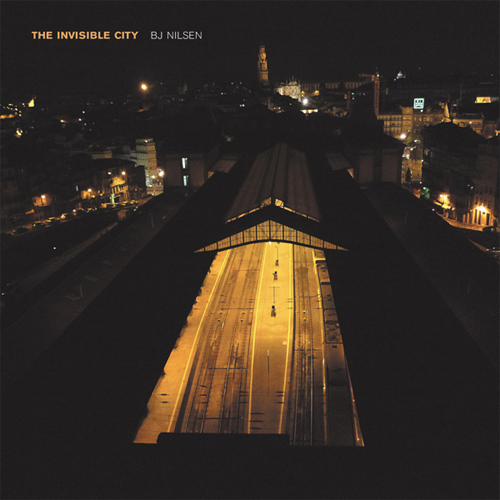 I have to admit that I’m mildly surprised by where my musical preferences are taking me these days. Until recently, I didn’t really have much patience for drone and noise music. I found it intriguing but I couldn’t really wrap my head around it. Now I find myself increasingly gravitating toward these more abstract forms of music, especially if they incorporate field recordings. There’s something primordial about this music, as if it allows you to engage with some elementary force deep within.

The sharp edges that I used to find grating are now so deeply satisfying. Am I hearing it differently? I don’t know. But I do know that for me, listening to music like B.J. Nilsen’s seems to slow the passage of time. Gradually, the sounds combine to build a scene that remains constant over an extended period of time, giving you the time to peel away the surface and submerge yourself in the substance beneath. It really focuses the mind. It’s what I imagine meditation must be like.

B.J. Nilsen is one of the shining lights of the treasured Touch label roster and a luminary of electronic drones and field recordings. I just recently discovered his stunning last album, The Short Night (Touch, 2006), and his latest, The Invisible City, is another high water mark. Nilsen has traveled as far afield as Japan and Portugal for the source material for his field recordings and the track notes provide fascinating insight into the building blocks of Nilsen’s compositions. Along with the electronics, acoustic instruments (Hildur Gudnaudottir makes another appearance on [pitch-regulated] viola) and processors he uses, Nilsen lists the recorded sound sources.

And so, “amplified chair dragged across floor”, “window shutters”, “steel whistle coffeepot” and “birdsong” place their indelible mark on the opening track Gravity Station. A few minutes in, underneath a steady thick metallic drone and the hum of vibrating electrical lines, you can just barely make out what sounds like the weaving tones of a Middle Eastern flute – something you might hear off in the distance in a busy sun-drenched Arabian market. Or is it my imagination? Then, halfway through the almost 17 minute track, the chair and shutters lurch loudly and rudely across the sound field, heralding a rather menacing and doom-laden finale. A frantic chorus of birdsong whips things into a frenzy before the end comes with desperate bursts of twisted noise.

What does it all mean? I don’t know. But on the whole, Nilsen’s sound sculptures – which seems to me a more fitting description than “music” – are ominous. If they are indeed a representation of some aspect of city life, then it must be of an urban underbelly. Of dark things that lurk underneath the surface, like the high-pitched static squeals in Scientia that recall rats scurrying around the sewers beneath our cities. But more than anything, the music evokes industry and technology, from churning motors and machinery grinding to a halt in Phase and Amplitude to a burst of a fax transmission at the beginning of Virtual Resistance. Digital data snaking its way through the invisible passageways that lie behind the walls of our constructions.

The ironic thing is that many of the field recordings originate in nature. Bumblebees, wasps, birdsong, flapping wings, crows, rain, footsteps on snow, “dead trees leaning against each other”. But they are usually manipulated and processed to such an extent that they are unrecognizable. Nevertheless, they bring life, depth and movement to a cold and hard backdrop constructed of wires and steel. And together these elements form remarkable sound sculptures that will undoubtedly stand the test of time.

See also Two and a Half Questions with B.J. Nilsen