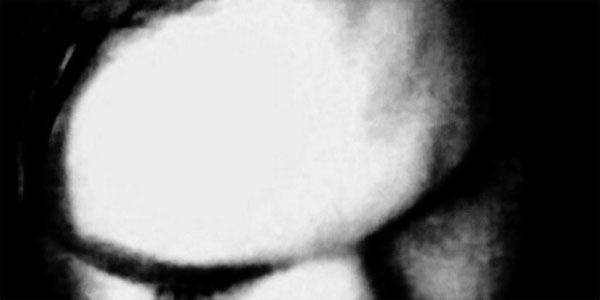 2009: Everything Everywhere for Everyone at once

Experimental electronic music is a spiked frontier, full of anguished political minds that would be better to be called punk, traditional musicians that have grown tired with their normal style or instruments, bored teenagers that somehow believe that peacocking as a producer might get them chicks, and others that are technically brilliant but sound displaced against any setting they might be mashed in with. The genres we cram these artists into have always fallen short of the truth, oversimplifying complex differences, but in 2009 it was funny to see so many well established, unique artists eschew their signature to try their hand at this thing called ‘dubstep’ — which is only a vague idea really outside a few staple sounds in the first place — and more often than not, end up sounding like different takes on the exact same track. I won’t get into specifics, but i’m guessing you’ve noticed something along these lines too. The truth is that dubstep is the new IDM; a publicity-generated movement that will have detractors and pundits but never enough to warrant their own section as permanent as “rock” or “classical” in any record store. Even now both terms are seeing a renaissance and dividing into subsets and back again into the larger umbrella terms.

Labeling left-field electronic music has always been a tricky thing, as any progressive genre is by definition a moving target. It’s this aesthetic that drew me to it initially: when i hear something truly novel that happens to still have some great structure (and not merely randomness personified) i get the same feeling that Punk gave me – edgy, a little put off but ultimately celebratory that we haven’t run out of ideas as a species just yet.

Even so, the differences that signal that feeling in me are getting smaller, harder to spot, as (especially freshman) producers strive for uniqueness in their sound get tempted by the growing sea of easy to use yet affordably priced set of plugins and production tools, just packed with presets that could give a vague impression of originality. I’ve given up trainspotting in this manner. I’m too entrenched in software that it’s easy to spot a sound or FX preset from miles away. Nowadays the progression, the cohesiveness, rhythm and energy are what i tend to appreciate in music… otherwise everything feels a little too generated by machines instead of written by people.

Outside of production circles though, it is nice to see people are beginning to expect, and appreciate a good live show from every genre. 2009 had some stand-out shows here in my native Detroit, with traditional ‘stare at the screen and not acknowledge that i’m being watched’ style laptop performances fading out finally. My own style of performance was enhanced by a few new toys that make me feel more like a performer and less like a computer user too – and grid-style controllers will no-doubt continue to be a growing part of any live performance in the near future.

Whole albums have gone to the wayside for me in 2009 – with so many artists allowing for digital downloads, and many that allow single track purchases i tend to find 3-4 tracks per album and purchase those if there’s no vinyl available. Kind of a shame that there weren’t more that I found i had to have the whole thing for continuity’s sake perhaps. The sophistication involved in creating something 70-80 (or really any length these days digitally) minutes long is a truly impressive feat that i wish more producers would attempt. It has been said that the album is a lost art, and one i continue to attempt in my own work.

Did 2009’s music stack up to all other years? I don’t believe that there is any way to know for sure without grabbing some set of arbitrary statistics. My general feeling is that there will always be things to love out there, that it is up to us, our friends, our magazine editors and dj’s to help steer us toward those buried treasures. This year i found more gold in unexpected places than in any previous. Netlabels and musical social network hybrids like thesixtyone, percussionlab and 8tracks have given us new ways of discovering music besides mundane and largely moldy sites like myspace. As the internet continues to segment and split and occasionally unify us under different social premises, i’m confident that music will always be one of those things that we’ll find joy in discovering and championing what we love, that new artists will rise above and find worthwhile outlets even as the growing noise of the the internet swells, and that good writing and production will outlast any sudden trends that might outshadow greatness temporarily.

It is the long tail that great music will forever grow, i believe. On to 2010!