Two more reflections for you. In the first half of this installment, Bruce Adams, who back in 1993 was one of the co-founders behind Chicago’s Kranky shares his thoughts on music of 2009. Now running his own label, FlingcoSoundSystem, Bruce releases some experimental, dark ambient, avant-garde, and even abstract drone albums. In the second half, I’ve got the man behind Silent Land Time Machine and the owner of Indian Queen Records. Jon has released his debut album, &hope still, back in 2008, bringing back flashbacks to A Silver Mt Zion with his solo instrumental folk sound. 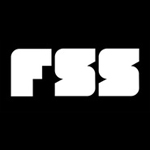 2009 was the year I really got into what is called “modern hardcore.” The punk rock I grew up with is still very much alive and vital and I found that a lot music I came across (especially on labels like Bridge Nine and Deathwish, Inc.) revived a dormant synaptic trail straight to the pleasure centers of my brain. Taking a train to work a couple of hours a day leads to a lot of ipod listening and what inevitably helped me through the commute was what I was listening to when I was in college; punk rock, metal and dub reggae. Besides, what could be more uncool than admitting that your like hardcore in 2009? Going out to matinee shows and seeing a young band like Chicago’s Duress rip through a 20 minute set seemed like the best possible thing to do in 2009.

My overall impression of indie rock (and the “experimental” offshoots thereof) is of a tub full of used, lukewarm bathwater. Immersing yourself in the beige pool only leaves a coating on the skin and a ring on the bathtub. The margins of the independent music scene yield many rewards and there are plenty of dedicated individuals making great music. But for me, “hauntology” or “hypnagogic” are disincentives to checking out any music tagged with them. A lot of what gets tagged as avant garde seems pretty weak to me, more like aural snapshots of someone’s record collection than anything else. From the point of view of sheer daring and execution, Converge and Bill Orcutt made the best avant garde albums of the year to my ears. 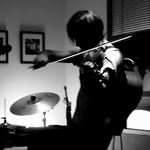 2009’s first half was me continuing to fall in love w/ Finnish psychedelia (Paavoharju / Kemialliset Ystävät / Lau Nau / Islaja / Kuupuu / ES / Ville Leionen / Ous Mal) and having my mind expanded in general by said-sounds. I had fallen in love with most everything coming out of Montreal between 95-present, so this was the first time that I was continuing to fall for music coming from a specific geographic location once again. Not sure what’s going on in Finland, but I find myself paying particular mind to their collective & homespun-unique-aural-sincerity lately…

The second half was comprised more of bands that I was directly in correspondence with, as a result of touring for the first time, and just playing-out more in general. This is a much different listening experience: knowing those behind the music changes listening slightly, I think (not + or -, just a change). You know the face that is producing the (sometimes) faceless music, and must account for this in some way. As a result I listened to a lot more Austin cohorts that I’m proud to live amongst (Silver Pines (who I toured with), Pure Ecstasy, Survive), and some new-found-friends of the road: The White Lodge, Dead Folk, Echoes Still Singing Limbs, Prince Rama of Ayodhya, and the amazing Good Stuff House, who are the same trio of blokes that blow your mind under the name Zelienople (their record on Type sounds pretty & heavy, I might add, but I’m waiting to hear it all until I get the LP…).

I feel that music, in 2009, continues to permeate in a more organic and natural way that ever before. The flow of information that these internets provide is astonishing, and difficult to measure the impact of, as it changes and compounds daily into new never-before-seen forms. Technology continues to rise on its exponential scale, and we are consistently given new tools to translate our thoughts into reality, and create new tools ourselves. I think, in maintaining the positive aspects of emerging technologies and realizing that we all have a significant impact as a ‘prosumer’ (a producer and consumer of information) it is paramount that we be aware of the issues of net neutrality, the moves the RIAA is making to continue pursuing the “criminals” they so abhor, and other motions that threaten the free-flow of information and music. News is like music: you have to dig for the real stuff, and the real stuff is out there…

Expression > profits, and the bureaucracies of trend-making are trying to curb that trend. It’s much harder to make money if you’re not using a formula, methinks, and much easier to express oneself. Let’s keep that going…a really good way to do-so is to support the artists that, you feel, enhance your lives with the sounds they’re making.

Anyway, these are the albums that were born this year and that I listened to a lot: