Hope you’re opening your wallet and catching up to all the goodness from Headphone Commute’s Best of 2009! Meanwhile, as if that’s not enough, I’ve got more reflections for you coming. Today, I’ve got Sylvain Chauveau wondering why he still misses out on all the good dubstep and if it will ever kick in for him. I’ve got a list of my favorites in dubstep coming up later, so maybe there’s something in there that will look interesting. Then, Sam Amidon stops by and conveniently forgets to actually tell us about his favorite album. Maybe next year. Finally, the owner of n5MD, Mike Cadoo, talks about his favorite releases on er… n5MD. Don’t be shy about it, Mike! We love the label and think you’re totally in line with selecting those artists! Keep your eyes open for some of the n5MD artists showing up on our very best of ’09! 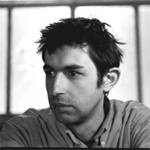 As it is the end of the decade, very lately a friend was asked about what he thought as “the record of the decade”. Who can answer that. I guess we should pick some album that brought something new and was then followed. But which? It seems that every new element in a musical style is immediately understood and used by other people. Some mentionned Fennesz. “Endless summer”. Cool choice. Though I like “Venice” even more. I mentionned Chris Watson. I believe there is a big increase in the use of field recording INSIDE music, and it’s only a start (check out also Jacob Kirkegaard and Cédric Peyronnet).

It looks like ElectroAcoustic Improv (so called EAI) is kind of dead – I mean that if there is no new vocabulary invented soon, it’s just repeating itself since years. But it brought so many fascinating music.

Albums I’ve liked in 2009? Not a lot of records from this year. But I could mention Antony & the Johnsons, Robert Hampson, Keith Rowe once again (especially with Sachiko M), Dominique A, Yannick Franck (on my own one-copy label Onement)…

Strange for me to realize that Nirvana’s “Bleach” was released twenty years ago – so was My Bloody Valentine’s “Isn’t anything”.

Less and less records sold, more and more records out.

Is it the end of record labels?

I still am not into Dubstep: did I miss something? Will I once again discover it when it’s all over?

I’ve spent most of 2009 finishing my next solo album and thinking about its release. “Singular Forms (Sometimes Repeated)” is out in March on Type. Goodbye romantic melodies with strings, hello vocals, abstraction, precision and sparseness. Lowercase songs? The few people who heard it think it’s my best work. Anyway, who cares: I just did what I had to do. 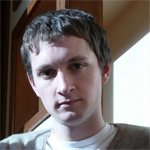 Well, my friend Thomas taught me about the music of Tegan and Sara, and then they put out the best album of the year, it’s called, shit I forget. For some reason I’m blanking out on what it is called right now. I think it’s because I have been working on little simple puzzles with images of Curious George on them, instead of sleeping. That is why I have forgotten all names. The most important musical event for me personally was the publication of Robin D. G. Kelly’s biography of Thelonious Monk. This year was a year that probably had a lot of good music, did it have music that changed the world? Well, if you tried hard enough. I still think that Mobb Deep said it all in 1993: “Your simple words just don’t move me.” Thanks, see you next year! 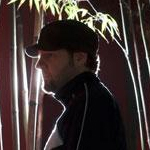 2009 found both port-royal and Aerosol signing on to n5MD, both of which i had respected creatively from a far for some time. Their albums in the fall plus the Plastik Joy, SubtractiveLAD and Last Days albums earlier in the year were all very personal for me each in their own way. In the past i have refrained from adding n5MD releases to such year end reflections as i felt it a tooting of ones horn but i am noticing more and more that n5MD releases are playing a very large role as the soundtrack for my personal life. So why exclude them to be overtly diplomatic? In addition to those n5MD releases i found myself listening to albums from Jasper TX, Sujo, Simon Scott, Isis, Pelican, Ben Frost, Vanessa Van Basten, Worriedaboutsatan and Epic45. Danny Saul’s “harsh, final”, Rameses’ “iii” and Solo Andata’s self-titled disc also found their way into my year and rotations as well all 3 were very nice aural surprises. I am not really one to reflect to often or too long so i think for me that the best thing about 2009 ending is that we have 2010 to look forward to. Lets face it… Looking over your shoulder means you are not really looking where you’re going…