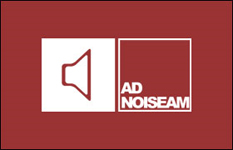 There were more than just a few releases this year that jumped to the top of my rotations and will most likely appear in my favorites list at the end of this year. These came from one of my favorite labels, Ad Noiseam. In 2009, this Berlin based label pumped out albums from Cardopusher, Broken Note, DJ Hidden, Detritus, The Mount Fuji Doomjazz Corporation and the The Kilimanjaro Darkjazz Ensemble. I am honored to publish these Reflections on 2009 shared by the labelhead, Nicolas Chevreux. It’s an interesting read, to say the least.

Nicolas Chevreux [Ad Noiseam]
2009 was an interesting year, but maybe not a very good one either.

First, 2009 was a year where genres stopped or died. The post neo-rave french “fidget” house which had dominated the music scene in the last couple of years has (thank God) disappeared. Mr Oizo’s album earlier this year looked like Ed Banger’s swan song, you would be hard press to find a kid who knows who Justice are, and Daft Punk are probably back to their basement, designing new helmets. IDM and breakcore, after becoming obese geeky parodies of a music style, have received the last nails on their coffin, being partly cannibalized by dubstep, and not finding any viable output anymore. Same with with alt hip hop, which, at least seen from here, seems to be now relegated to minor Youtube videos and empty artsy gallery openings.

On the other hand, you can’t count till 2009 without stumbling on dubstep and minimal techno. The first has been here for a few years, but after spreading in the underground and exploding into various sub genres last year, it really hit the mainstream in 2009. There are dubstep parties everywhere, and any kind of electronic music which isn’t above 200 BPM is being labelled dubstep. Now that the trend for big dark wobbly bass line has gone away, this style can end up sounding like bass-free dub techno with r’n’b samples, which isn’t really the most satisfying thing in the world but works well in the club.

And while UK dubstep producers are getting to writing techno, the German minimal scene is re-discovering Basic Channel and Chain Reaction, claiming to be influenced by dubstep, and re-serving a sound which had gone AWOL ten years ago. A bit cleaner, a bit colder, but very similar sounds in slightly different clothes.

Finally, the audio champion of the world this year was the 8 bit, chiptune sound. While reserved to IDM or experimental material a few years ago (think DJ Scotch Egg), it was everywhere to be heard this year, from Zombie’s album to almost everything on Hyperdub, or from Harmonic313’s full length to the gameboy dancehall of the Disrupt roster.

In conclusion: an interesting year but offering relatively little, maybe because of the convergence of the two biggest styles of the moment.

The best albums of the year were of course released on Ad Noiseam and will not be listed here, but honorable contenders are Harmonic313’s album on Warp, King Cannibal’s debut, the Hecq double CD on Hymen, Rafael Anton Irisarri’s “Daydreaming” (finally released on LP this year), Ben Frost’s latest album, and others I am probably forgetting right now.