James Vella, aka A Lily, pops in with his reflections on the year. Vella runs his own O Rosa Records, and works for FatCat. He’s also a member of one of my favorite post-rock bands, Yndi Halda, who submitted their list of selected releases of the year below. I’ve also got some reflections from Vella’s friend, Nathan Amundson, who should be familiar to some of you under his Rivulets alias and his release, You Are My Home, on Important Records. 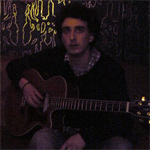 For me, the last year of music has been characterised by some genuinely exciting new releases. There has been some records this year – from new bands and from established artists who have exceeded their own past material – that I’m certain will be important for music to come. I really feel that the tail-end of the recent mining of 80’s sounds and songwriting styles has been a particularly good trend (perhaps because there really was something quite special about pop music during that period), and one that hasn’t been too readily devoured or grossly over-used, happily.

My list of favourite records of 2009 was painstakingly difficult to compile, and eventually became a jumbled-up collection of names rather than an ordinate list, but here’s what I came up with: 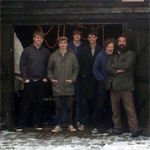 Rest of the band’s albums of the year: 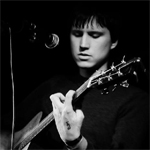 Theme-wise, I guess there’s a certain electric underground vibe overall, originating with the Velvets and being carried on especially by Antony, Dean & Britta and the XX. When I first heard the XX, I thought, “Yeah, I like Young Marble Giants too”, but they’ve grown on me greatly and are making it their own. Dean & Britta are making timeless music now. What can you say about Antony? You get it or you don’t, but if you do, he slays you. The Beatles and Big Star reissues are core for anyone who likes melody and songcraft in music. Boduf Songs prove it’s possible to make studio-quality yet haunting albums at home. Bill remains the most reliable and consistent songwriter we have today. Phil / Mt Eerie is spinning off in his own galaxy and it’s a pleasure to be able to peek in and visit once in a while. Zak’s album is a true solo record with Zak playing all the instruments, doing the art, and assembling the packaging himself. The album I listened to most this year was Ranking Dread In Dub, released in 1982 and ready for you now. It’s half Scientist dubs and half King Tubby dubs of Ranking Dread songs. For you young folks, dubs are like remixes, only these people invented this shit, in Jamaica, and it’s as tight now as it was 25 years ago.