Another quick installment of Reflections. I thought that I was done with them as well, but they keep pouring in, and I think there will be one more to publish, after this one. Here are two underground artists that release music on their on, and via net-labels. Although both of these characters don’t have much to say about the music itself in 2009, I thought it would be nice for me to share their thoughts on what they’ve been both up to in the last year. And it does appear that they’ve both been very busy. Even if it’s a selfish plug of their own recent and upcoming releases, I wanted to give them this opportunity, so that their voices can be heard. Be sure to check out their music – especially since it’s FREE! 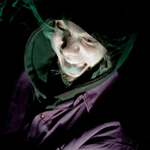 Well, 2009 about music was like a mix between “”YEEAH” and “oooooo shit what a pity…” many hopes were broken and many big nice surprises! For my music it was a really great year, my last disk, “Moisissure” was released in digital format on Acroplane. I’ve also worked during all the year on my new release which will be finished in 2010. One track of this disk was been released on a vynil in the compilation White Line vol III on Aentitainment record with Ebola, Larvae, Mobthrow and Hello.jpg, so 2 releases in 2009 for this project! But about my other project, WHOURKR, our last production “Concrete” was been released in digipack on Crucial Blast Records in US! Some great concerts were done and one of them in Sweden at Norberg Festival was done in underwear, it was a little bit cold cause of sweden but the show was really cool! 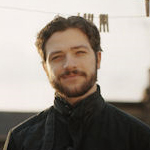 i don’t listen to other people’s music, unless it’s a radio or something that’s been suggested by friends, which isn’t always fresh. i just don’t have that much time for that, i’d rather make my own stuff most of the time. i did download the new Kings Of Convenience album the other day which i enjoy so much, but that doesn’t have to do anything with electronic music. to make a note, my triple album came out about a month ago on Lithuanian Sutemos net label. it is basically a retrospective of my works from 2003 and a 2 track release on Plain Productions. apart from that i’ve been working on so much music that i just don’t have time to listen to new stuff.. i do give a quick listen to something new just to keep up with things but nothing to pay too much attention though 🙂

all the best,
Audrius IJO
myspace.com/theijo