Here comes another excellent installment of Reflections on 2009. Today I host thoughts on the year in music from the elusive Rafael Anton Irisarri, a list of favorite releases from the curator of 12k’s Line division, none other than Richard Chartier, and the owner of Home Normal records, Ian Hawgood. I must admit, it’s always interesting for me to see what the musicians listen to, and it’s especially nice to see that these three share very similar tastes in music. Enjoy! 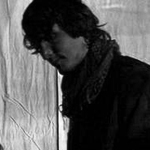 This was quite the year, so many things happened, visited so many great places, watched great films, listened to lovely music and witness amazing performances. I had the privilege to share the stage with some of my favorite artists and collaborate in so many different ways. A big THANK YOU to each one of you who made this year such a special one for me.

Memorable shows I saw this year:

Repeated album listening in 2009 (in no particular order): 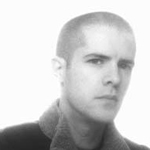 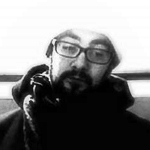 For me 2009 has been a pretty incredible year. I haven’t been in a position to listen to as much music as I would like, but a great deal of what I have been sent or bought has been very influential. Its been a year for new labels for sure, apart from my own, Hibernate did a super job kicking off this year, and labels like Slow Flow, Experimedia, Dragon’s Eye, thelandof, Mobeer, Lacie’s, Sonicpieces, Students of Decay, Under The Spire, Low Point, SRA, KESH, Dead Pilot and Humming Conch (to name a very few) have really broken ground. I think its fair to say that with the so called ‘minimal / ambient’ field of work, some of the older labels still hold sway and rightly so. But maybe in time people will realize that these newer labels really are quietly making headroom in so many ways.

However, whilst it has been a great year, its also fair to say that, whilst I have always loved ‘drone’ work, its become far too saturated. A lot of the drone work I have heard this year, both as demo and releases on other labels, for the most part I think lacks poetry, creativity and direction. It feels rather aimless to me, but still, it does highlight how incredible the work of artists like Celer and Anduin really is. Maybe my end of year list, as limited as it is (and not including my label’s releases of course), reflects this…the work which really stuck out for me was that which tried to be a little different, a little more poetic, a little more in tune with the self than trying to sound like everyone else…